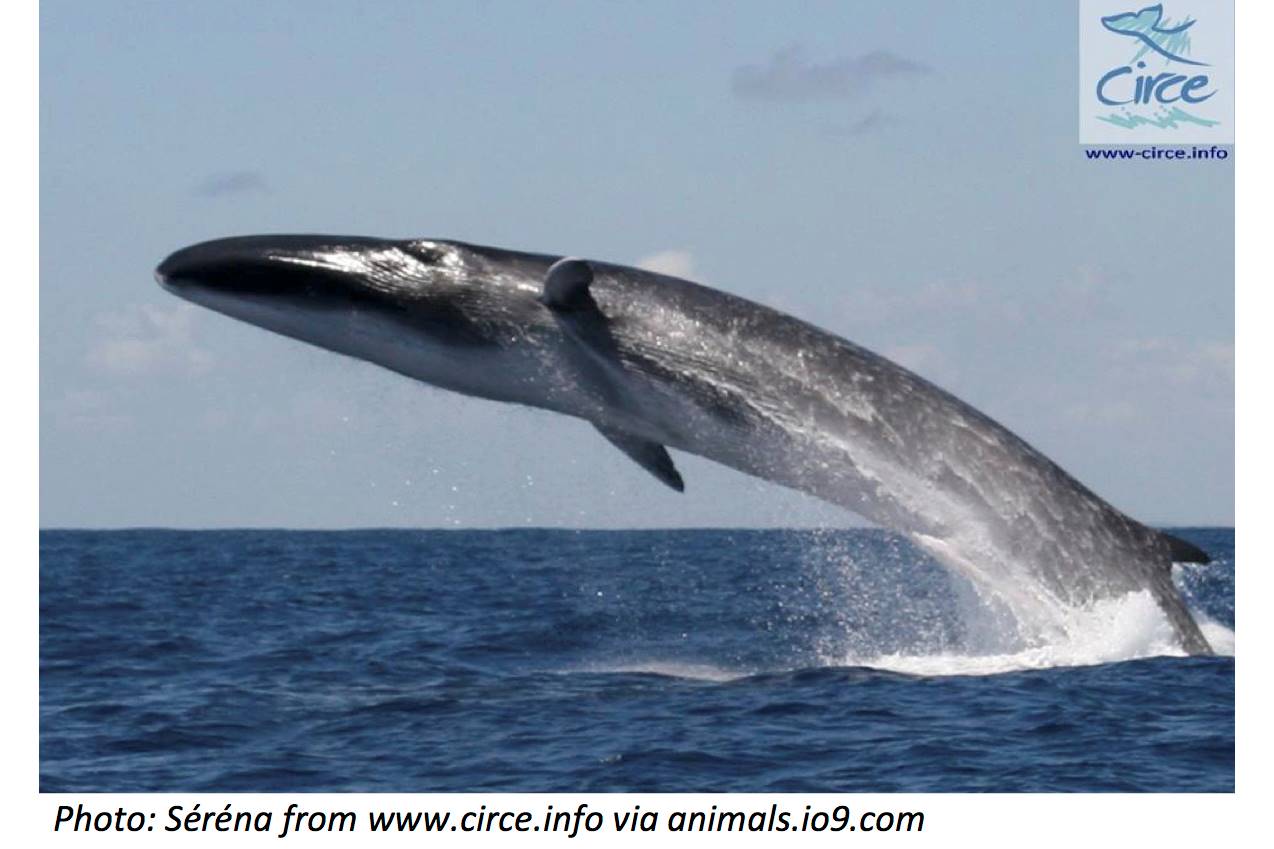 When we think of whales, we picture big, round animals moving through the water. But not all whales are shaped like that. The fin whale is long and skinny, almost like an enormous eel. A marine biologist caught this amazing video of a fin whale hauling its 80-ton body out of the water. At 89 feet long it’s the second biggest animal on the planet! Even with that heavy body, fin whales can swim at nearly 30 miles an hour. Because of their speed and color they’re called “the greyhounds of the deep,” because greyhounds are dogs that run super fast (about 40 miles per hour). But a real greyhound might make an easier pet.

Wee ones: Fin whales are silvery-grey. Can you find 3 things in your room that are silver or grey?

Little kids: If a fin whale does 5 belly flops, what number is the second-to-last flop?  Bonus: A fin whale can swim 23 miles an hour for a while, but for short bursts it can swim 6 miles an hour faster. What is the fastest it can it swim?

The sky’s the limit: If a whole bunch of kids lie end to end to be as long as that 89-foot whale, how many more 4-foot kids does it take to match the whale than 5-foot kids?

Answers:
Wee ones: Items might include socks, shoes, aluminum foil, coins, or other metal objects.