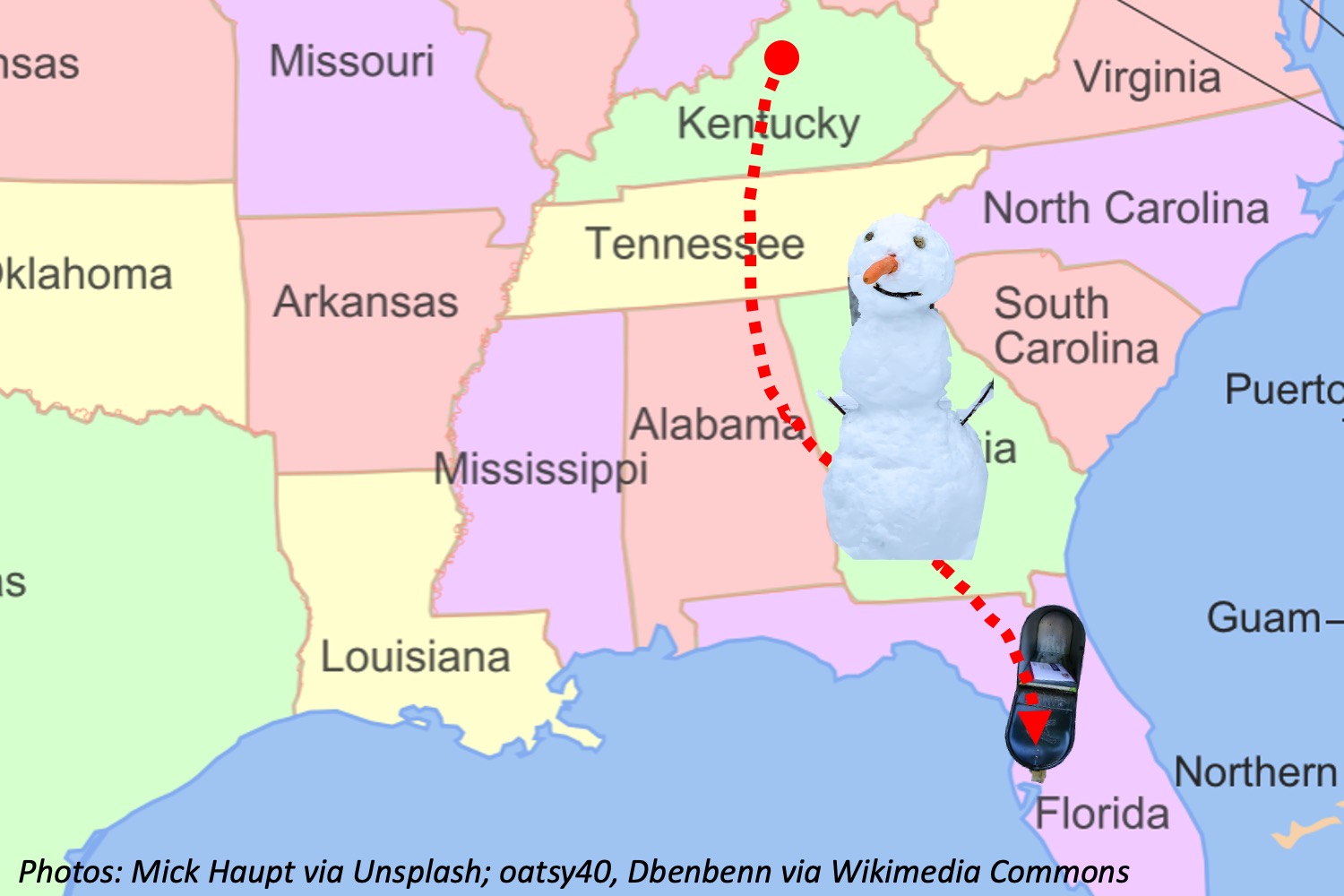 Have you ever seen snow? Many parts of America just got (millions of) tons of snow, but other places almost never get snow. One place like that is Tampa, a warm city in Florida. A kindergarten teacher in Tampa learned that only 2 of her students had ever seen snow. So she asked her sister in Kentucky, which just had a snowstorm, to help. Her sister made a snowman, named him “Lucky” and bundled him up in a cooler with ice packs. Then she mailed Lucky to Florida! He showed up the next day, as cool as ever.

Wee ones: A snowman is usually made out of 3 snowballs of different sizes. Draw a snowman like this by stacking 3 circles, with the smallest on top and the biggest on the bottom. Why do you think the top snowball should be smaller than the bottom one?

Little kids: If Lucky the snowman was “born” last Wednesday, is he at least 1 week (7 days) old now, on Monday? Start counting with Thursday as 1 day old! Bonus: If 2 kids in this class had seen snow, but there are 24 in the whole class, how many kids in the class hadn’t seen snow?

Wee ones: Because it’s easier to get a smaller ball to balance on top of a bigger ball!