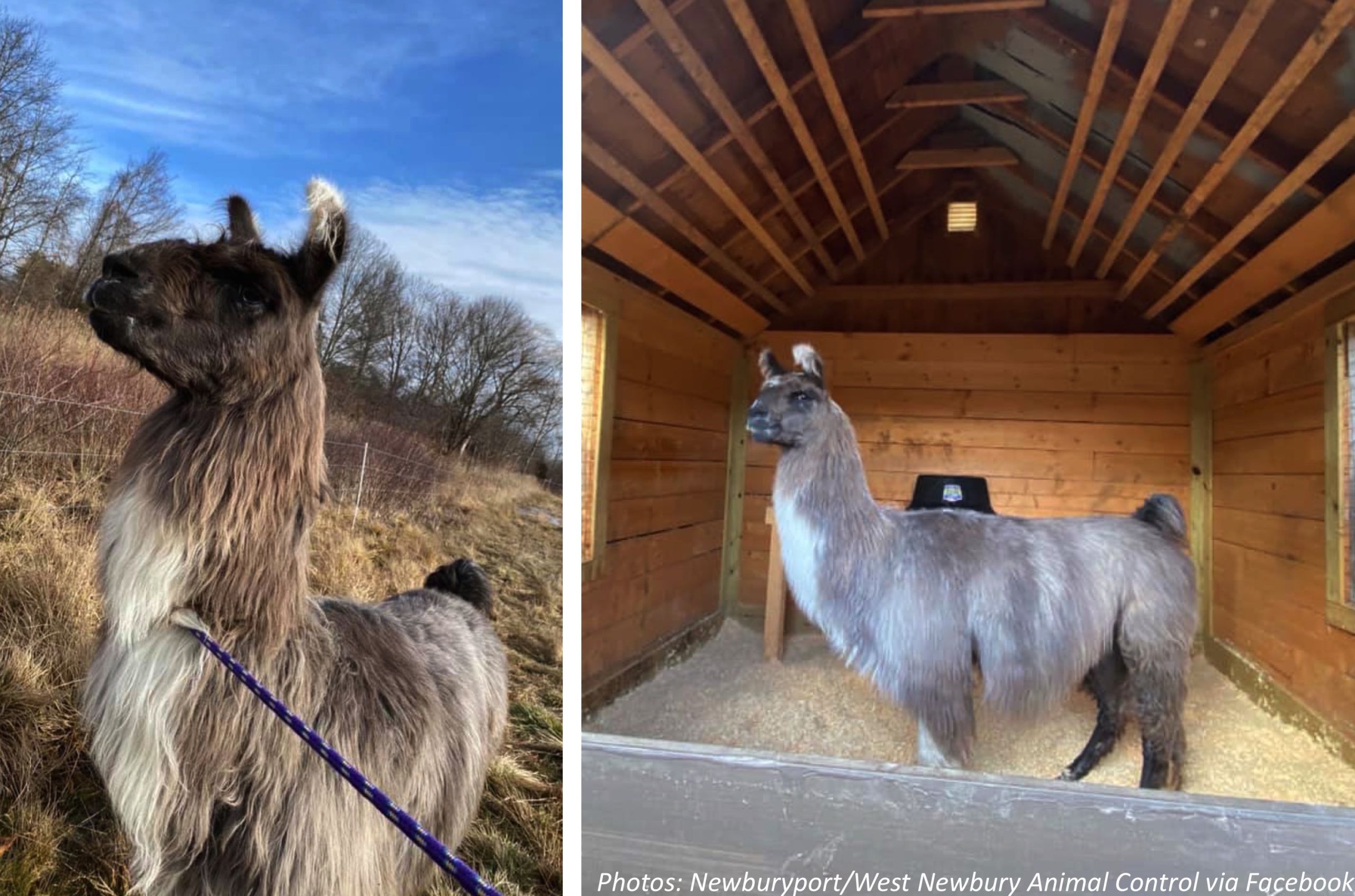 Llamas are big, shaggy animals that normally live in South America. There are only about 40,000 of them in the US. But some people keep them as giant pets, and sometimes llamas break free. The one in this picture was trotting along a highway in Newburyport, Massachusetts. A friendly driver took him to an animal shelter, which gave him his own room – good thing, since he weighs over 400 pounds!

Wee ones: A llama has 4 legs. What numbers would you say to count up those legs?

Little kids: If the llama is 6 feet tall and you are 4 feet tall, how much taller is the llama? Bonus: Maybe he was just looking for snacks, since llamas eat 15 pounds of food a day. If this llama has eaten 2 pounds of corn and 7 pounds of grass today, how many pounds of alfalfa can he have for dinner?

Big kids: Maybe this llama was trying to go home to the Andes Mountains. If those mountains are 2,000 miles from Newburyport, and the llama has run just 1 mile down the road, how much of the trip is left? Bonus: A llama can carry 1/4 of its weight. If your llama weighs 440 pounds, can you ride your llama?

Big kids: 1,999 more miles. Bonus: Different for everyone…the llama can carry 110 pounds, so if you weigh less than that, you can hitch a ride!