Home » How to Make a World Record Stick 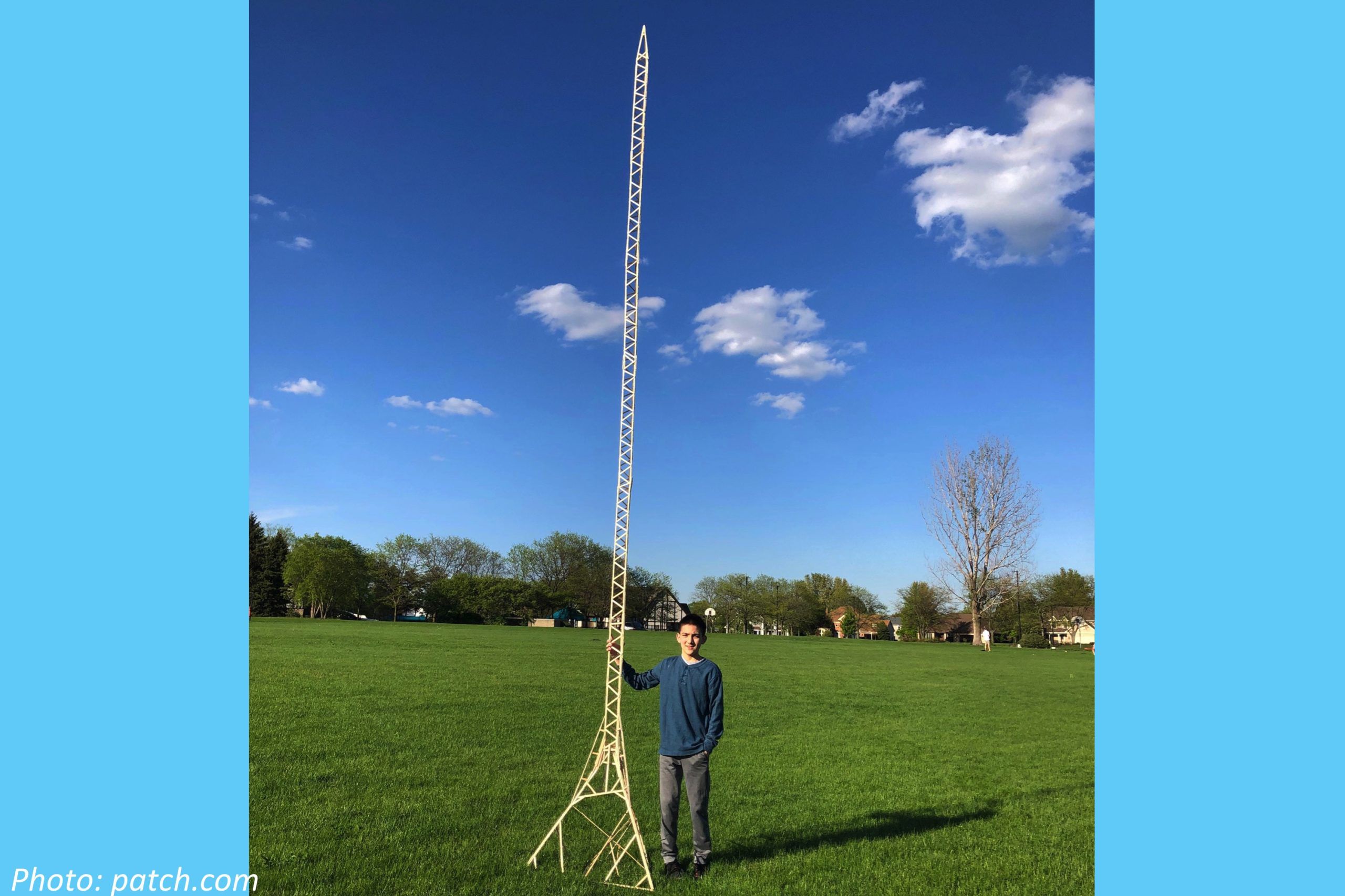 A popsicle is a tasty frozen treat that comes on its own fork. Like lollipops or corn dogs, popsicles have a stick stuck in their middle. So what do you do with the stick when you’re done? Well, you could try to set a world record! One kid named Eric Klabel put together 1,750 popsicle sticks (and 2 pounds of glue) to make a 20-foot tall tower. As you can see in the picture, that’s much taller than Eric – and 5 feet taller than the old world record tower. The only question is, who helped him eat all those popsicles?

Little kids: Someone ate a LOT of popsicles to make this thing. If Eric ate a blue popsicle, then a red one, then a yellow one, then a blue popsicle again to repeat, what color did he eat next? Bonus: Someone else once tried to make a 25-foot tall popsicle, but (surprise!) it melted. How many feet taller was that than this 20-foot tall tower? Say the numbers to count from 20 to 25.

Big kids: If this 20-foot tower is 5 times as tall as Eric, how tall is Eric? Bonus: If Eric didn’t eat all those popsicles, but instead bought 2 boxes of 1,000 sticks each, how many sticks were left over from his 1,750-stick tower?