Home » How Big Is the Biggest Cat? 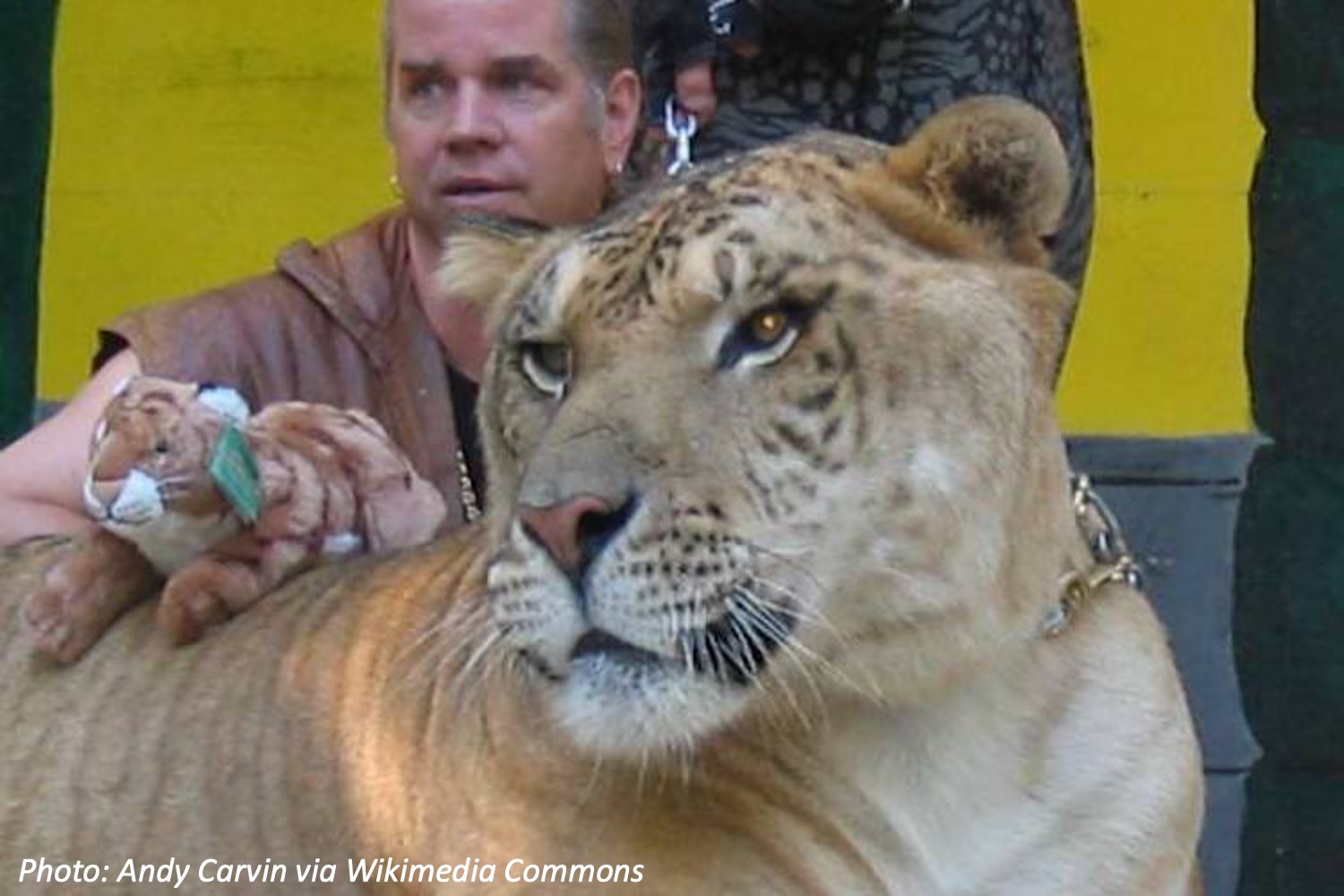 Too big to fit on your lap – or even a couch! This massive kitty is named Hercules. He’s part lion and part tiger – or a “liger.” He’s nearly 11 feet long. That’s as long as a small car, like a Beetle! And he weighs 922 pounds, 200 pounds more than the heaviest tiger and 500 pounds more than the heaviest lion. Despite his world record size, he does what pretty much any cat does: sleep, play, and eat. And if he likes you, he’ll give you the biggest cuddle in the world.

Wee ones: Hercules roars more like a lion than a housecat. While counting in your head, roar 5 times like Hercules!

Little kids: Do you think you’re 11 feet long? Stretch out a tape measure on the floor, then lie down next to it with your arms over your head. How long are you from fingertip to toes? Bonus: Hercules is also 4 feet tall at his shoulder. Is your shoulder 4 feet above the floor? Measure to find out!