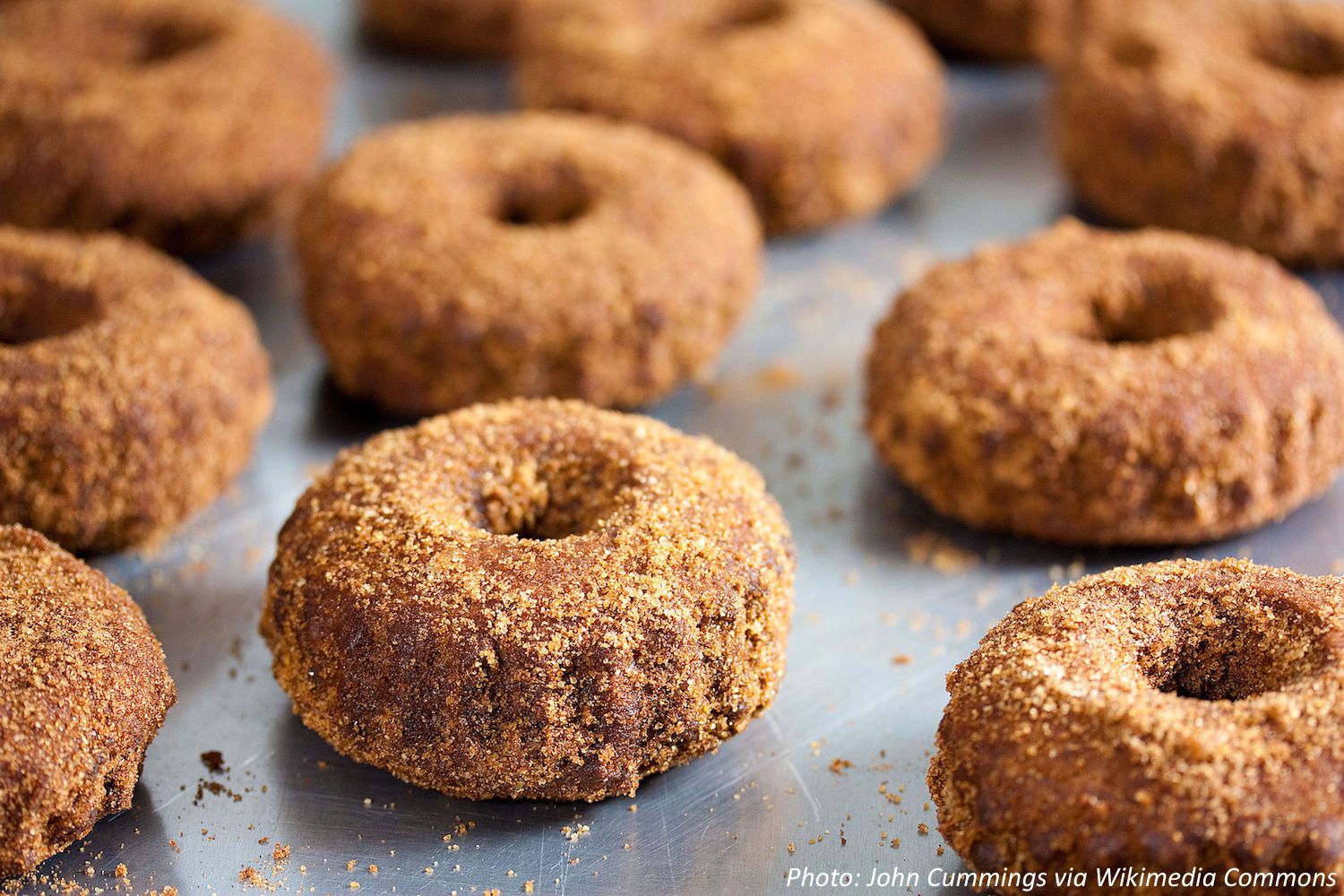 Today we visit New Hampshire, the only state in New England that’s actually named after a place in England. This beautiful state has been ranked the #1 state to live in many times. It also has another #1: it was home to the first American (and 2nd-ever human) in space, Alan Shepard, who was also the 5th person to walk on the Moon. But what’s it like to live down here in New Hampshire? We hear that one of their favorite desserts – and maybe one of yours – is the cider donut. After all, donuts are yummy dough baked in rings; cider is juice squeezed from yummy apples. Mix a little cider into your donut batter, and you end up with a tangy, tasty treat. Check out this New Hampshire-born recipe here!

Wee ones: A donut is a “torus” (ring shape), but it also looks like a circle. Find 4 circles in your room, and point to the biggest one.

Little kids: If you dunk 3 donuts in your apple cider, then eat 2 more donuts, how many donuts do you eat? Bonus: What numbers do you say to count the next 3 donuts you eat?

Big kids: New Hampshire is also home to the world’s longest candy counter- 112 feet of sweets in glass jars! If there are 2 jars of candy in each foot of counter, how many jars are there? Bonus: If just 1 out of every 4 jars has chocolate, how many jars have chocolate?


Answers:
Wee ones: Circles might include buttons, doorknobs, the edge of a glass or plate, or the edge of a clock. See which one is the widest across!