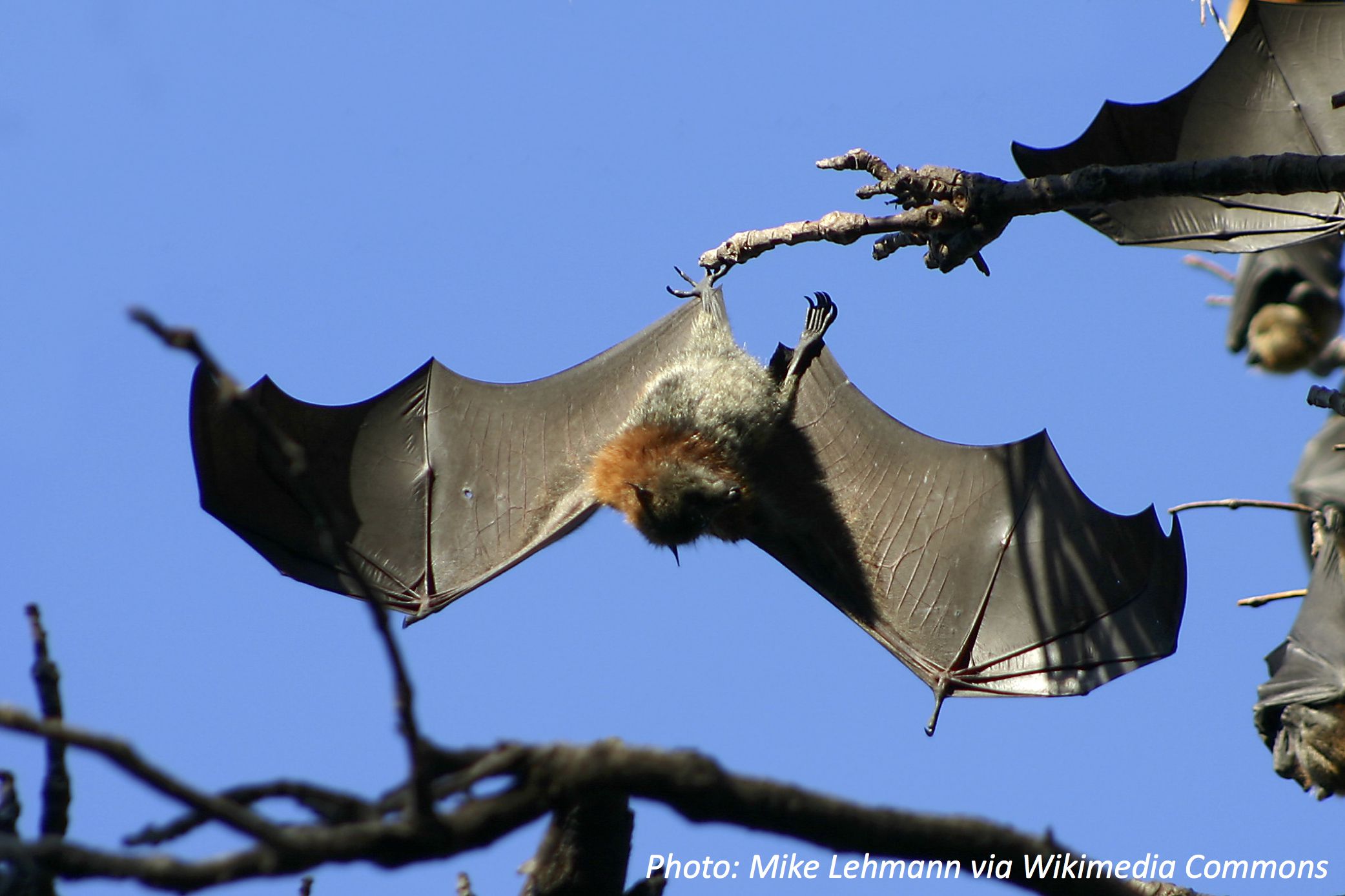 For Halloween, we pull out decorations involving spooky animals, including bats. These creatures really are kind of creepy: they look like mice with wings. But bats are our friends, as they are flying bug traps. A bat can eat 1/3 of its body weight in bugs in just a few hours, and when you think about how little a bug weighs, that’s an awful lots of insects. Bats find bugs using echolocation: they send out a very loud, high-pitched noise that we humans thankfully can’t hear, and when the sound waves bounce off the bug and come back, the bats can locate their tiny target. There are lots of different species of bats, ranging in size from 1 1/2  to 22 inches (that’s almost 2 feet long…think about that), and weighing anywhere from less than a penny to 3 1/2 pounds. So they might not be pretty, but we’ll take bats over bugs any day — not just on Halloween.

Wee ones: Bats have the same number of wings as a bird.  How many wings is that?

Little kids: If you’re dressed up as a bat for Halloween and then 3 bats fly overhead, how many wings do you guys have altogether?  Bonus: If a bat weighs 3 pounds and can eat 1/3 its weight in bugs in a few hours, how many pounds of bugs is that?

Big kids: How much longer is the longest bat (22 inches) than the shortest bat (1 ½ inches)?  Bonus: If a bat flies 22 feet to catch a bug, then zigzags 19 feet to catch a second bug and 18 feet to catch a third, how many feet did it fly for that meal?