Home » Dinnertime at the Zoo 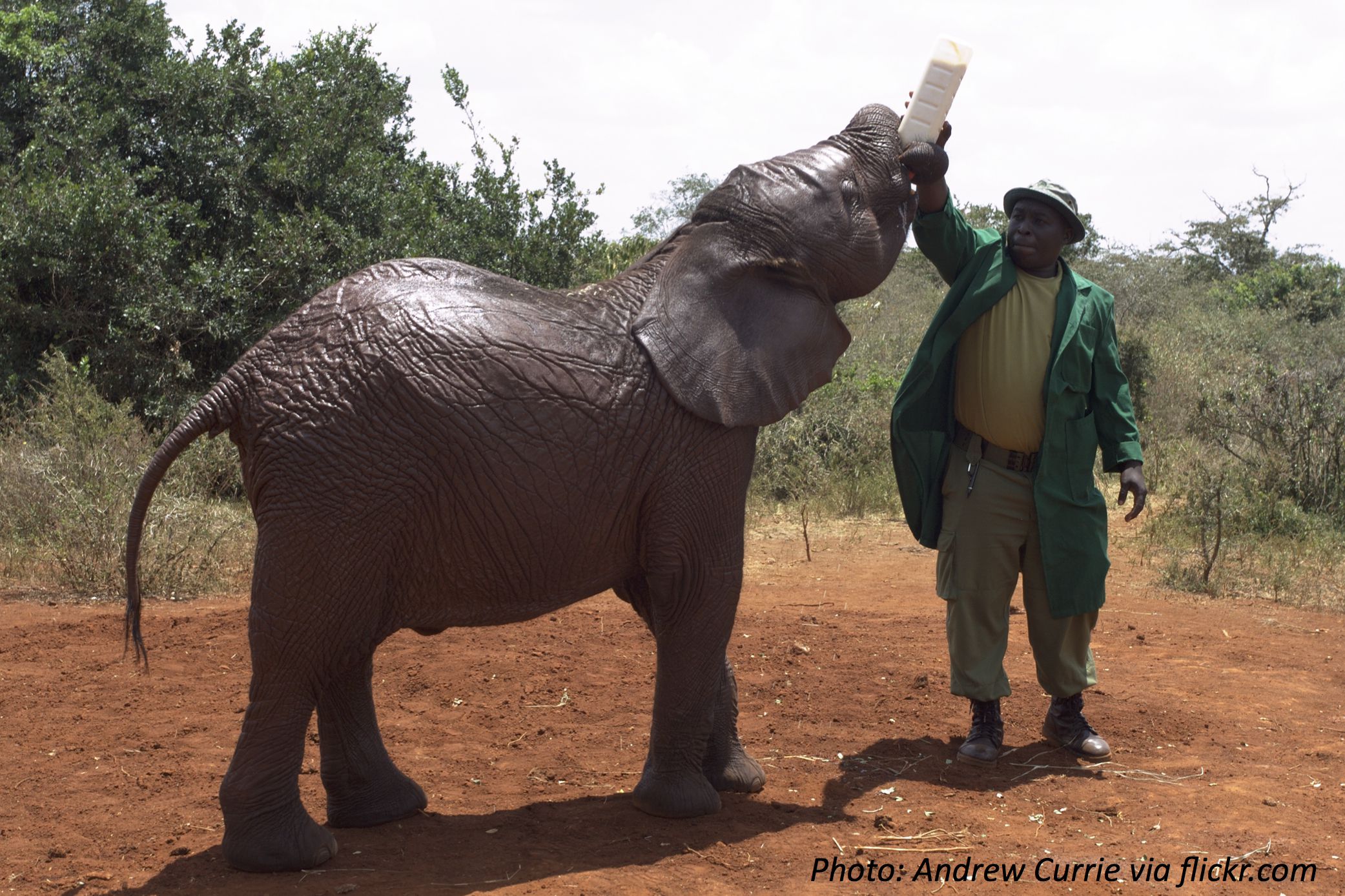 Think about how many meals you eat in a week. Then imagine feeding all the animals in a zoo! An elephant eats in 10 days what one of us eats in an entire year (as much as 350 pounds of food each day). A hippo eats 88 pounds of lettuce, hay and veggies per day, and a giraffe eats 75 pounds of tree leaves. It adds up fast: each year the St. Louis Zoo has to buy 20 tons of fish, 5 tons of carrots, a whopping 85 tons of pet-food pellets, and tons of other stuff like earthworms. Yum!

Wee ones: Which weighs more, 6 tons of earthworms or 5 tons of fish?

Little kids: If you’re in charge of the 20 tons of apples each year, what numbers do you say to count the tons?  Bonus: If the horses eat 3 tons of the apples and the guinea pigs eat 1 ton, how many tons of apples are left for everybody else?

Big kids: Each St. Louis zoo worker moves 700 tons of food every year! If that includes 200 tons of hay and 300 tons of earthworms, how many tons of other food does that leave?  Bonus: About how much food total does that worker move each day? (Reminder: One year has 365 days.)

The sky’s the limit: If in 10 days an elephant eats what we eat in a year, how many years of our eating does the elephant eat in one year?

Answers:
Wee ones: The 6 tons of earthworms.