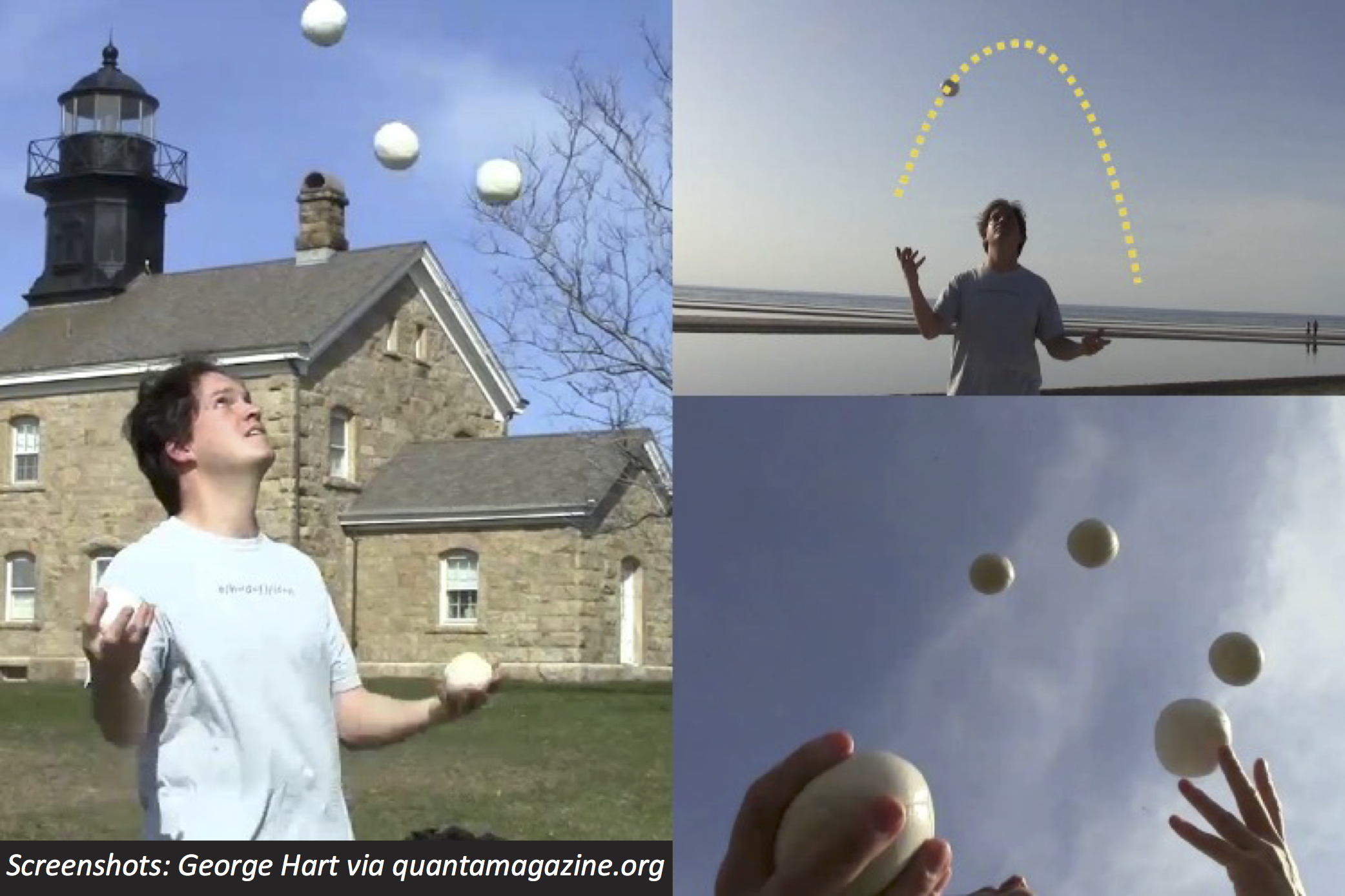 Have you ever tried to juggle? Maybe you’re already a pro at it, or maybe you’re wondering how jugglers can catch so many flying objects with just two hands. So here’s a number you’ll like to hear: there are just 3 basic ways to juggle that you need to learn. In the “cascade,” an odd number of balls crisscross in the air. In the “fountain,” each hand juggles the same number of balls straight up and down. Finally there’s the “shower,” where the balls fly around in a circle. Try the math below and see which way sounds hardest!

Wee ones: If you juggle a shoe, a phone, a pineapple and a stuffed animal, how many items are you juggling?

Little kids: If you’re juggling 5 grapefruits and each hand can hold 1 at most, what’s the fewest grapefruits in the air at any time?  Bonus: How many watermelons would you have to add in to juggle 2 separate 4-fruit fountains?

Big kids: If you juggle 4 carrots and a cucumber in a simple cascade (i.e. always in that order), on what toss do you throw the cucumber for the 4th time?  Bonus: Out of 50 throws, how many will be carrots?

The sky’s the limit: If you’re juggling those 4 carrots and cucumber in a cascade (in that order), and throw the first carrot at 0 seconds, then a new object every 2 seconds, which veggie do you throw at half a minute?

Little kids: 3 grapefruits, since you can hold only 2 at once.  Bonus: 3 watermelons, to get a total of 8 fruits.

The sky’s the limit: A carrot. At 30 seconds you will do your 16th throw, since it would have been your 15th IF you hadn’t made your first toss at 0 seconds. That 16th throw is right after 3 complete sets, so it will be a carrot.