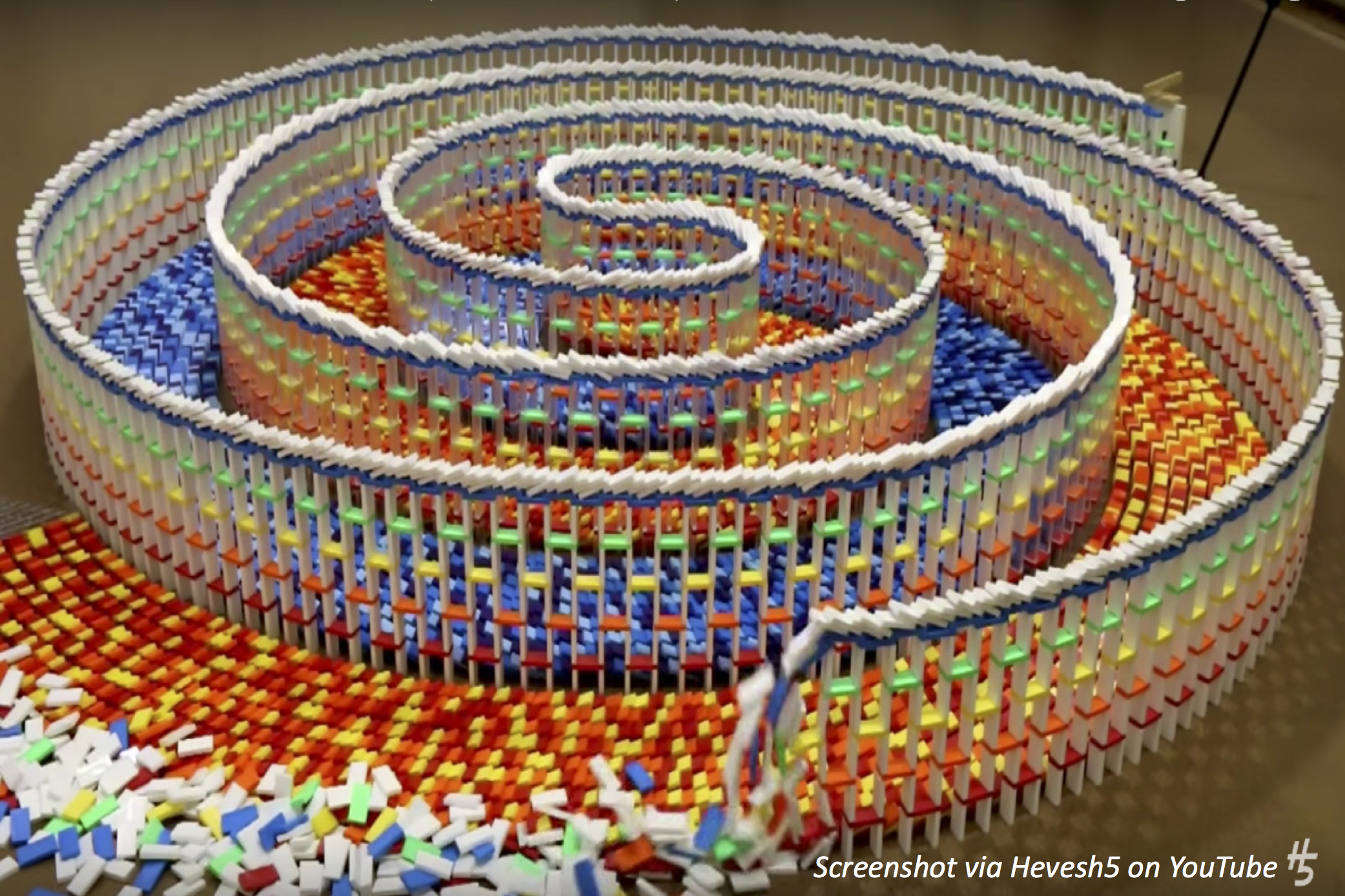 Domino chains are so simple but so cool. You stand them up on end, then knock down just the first domino. It knocks over the next one, which knocks down the next, until the ripple runs right through. But one little row is nothing compared to this mindblowing video of a “triple spiral” domino chain! Domino pro Lily Hevesh builds giant domino designs, full of stacked layers, staircases and lot of colors. In this one, one lower level spirals inward, then sets off another lower level going outward. Finally it takes down the skinny 3-story walls. We love how the tippy-top dominoes start it off without breaking anything under them. It took Lily 25 hours and about 15,000 dominoes to build this. It’s hard work: one wrong move, and they all fall!

Wee ones: What shape is a domino?

Little kids: The spiral going in uses red, orange and yellow dominoes, and the one coming out uses light blue, medium blue and dark blue. Which spiral uses more colors?  Bonus: Those spirals have 9 rows of dominoes. Which row is the exact middle one?

Big kids: If Lily worked on this 8 hours a day starting on a Tuesday, could she have finished in time to post on Saturday?  Bonus: If 1/3 of the 15,000 dominoes are in the cool triple walls, how many dominoes is that?

Answers:
Wee ones: A rectangle (or in grown-up 3D lingo, a “rectangular prism”).

Little kids: They use the same number! 3 colors each.  Bonus: The 5th row.