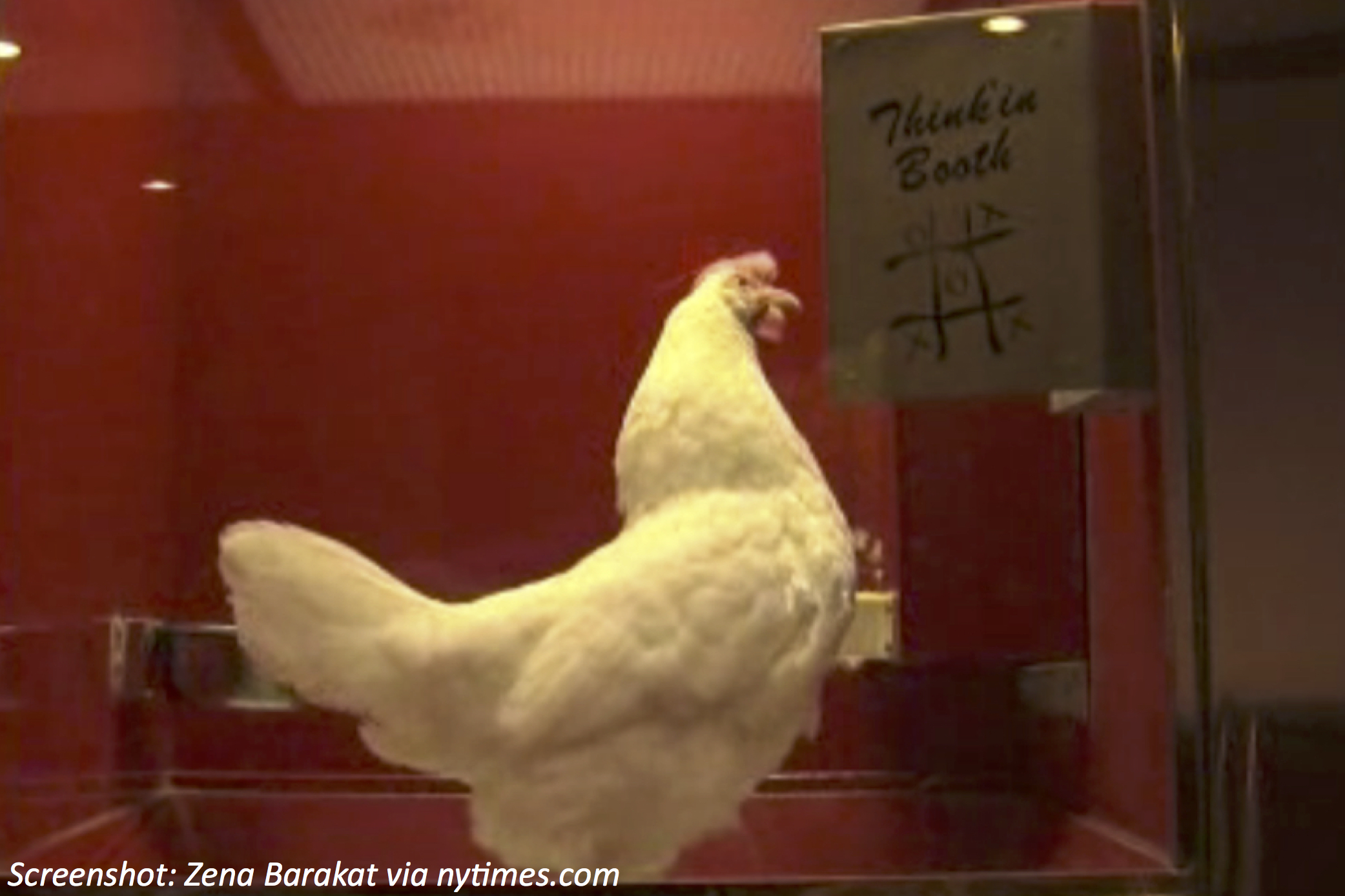 Have you ever played tic-tac-toe? You and another player fill in Xs and Os on a grid of 9 little squares, and the first person to fill in 3 Xs or Os in a straight line wins. Both kids and grown-ups can play it — and apparently chickens, too. For years a store in Chinatown in New York City had live chickens who played tic-tac-toe by pecking at a tic-tac-toe board on a table. They’d play against people, and the chickens often won! It turned out the chicks were getting some help: they were trained to peck at a spot of light, which a hidden person would shine on the best square. Even so, when those chickens won, they probably felt pretty proud.

Wee ones: If you watch 4 chickens play tic-tac-toe, what numbers do you say to count them?

Little kids: If you win your 1st game against the chicken, then the chicken wins twice, then you win twice, who has won more games?  Bonus: If you’re playing tic-tac-toe against a chicken, and you’ve put an O and the chicken has pecked an X, how many of the 9 squares are still empty?

Big kids: If there are 5 chickens and each plays 8 games, how many tic-tac-toe games have they played?  Bonus: If a chicken wins only every 4th game starting with the 4th, how does it do on the 34th game?

The sky’s the limit: If the chickens play 40 games and win 26 of them, then play 10 more and you win all 10 of those games, have the chickens still won at least half their games?

Little kids: You have won more, since you’ve won 3 and the chicken has won 2.  Bonus: 7 squares.