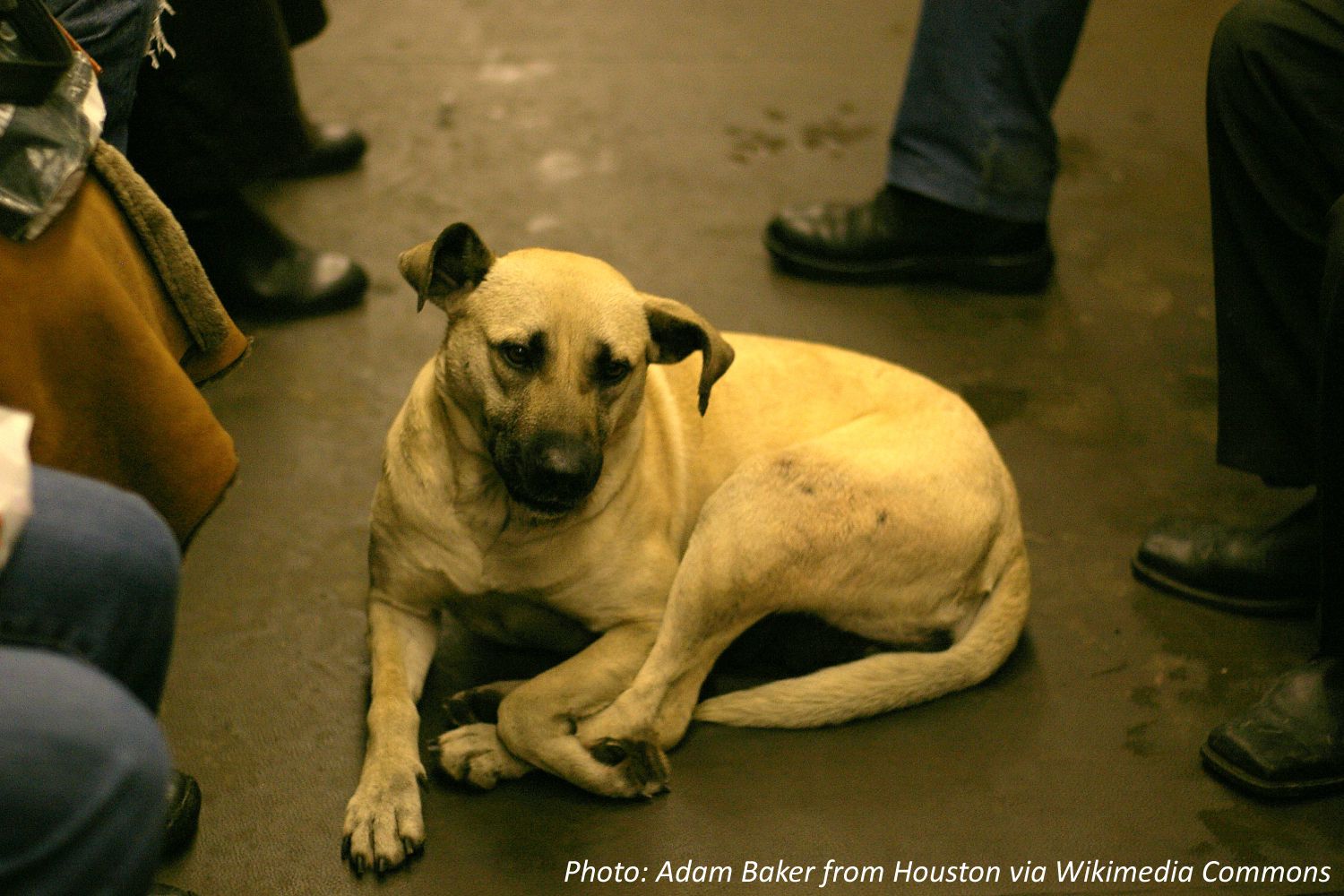 Most people love to think their pet dog, cat, bird, or pot-bellied pig is very smart. And true, some animals can be very fast learners. Many have a great sense of direction for finding their way home. Turns out some animals get home the same way we do: by train! There are a few dogs in the Russian city of Moscow who know how to ride the subway. No one knows how the pups know when to get on and off at their regular stops, but somehow they do it. So if you’re ever lost on the Moscow Metro, just ask a dog which way to go — and remember to give him a bone to thank him.

Big kids: If in January 3 dogs ride the train every day, then in February there are 5 dogs in total, then in March there are 7 dogs…how many would ride in June to keep the pattern?  Bonus: How many more dogs would need to join the ones riding in June for them to have 60 doggie paws in total?

Answers:
Wee ones: To the city.