Home » A Shark Who Likes Snow 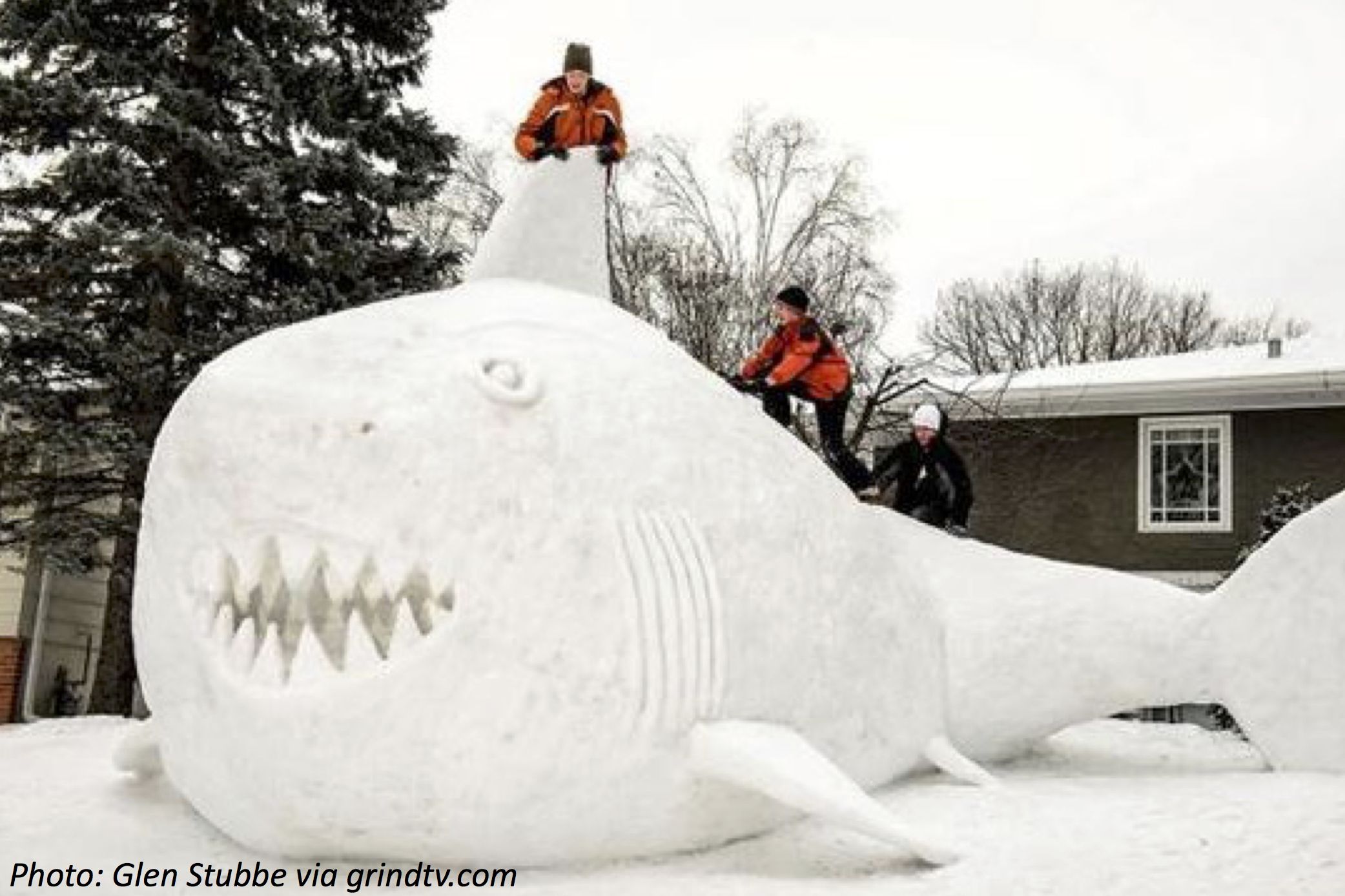 If you’ve ever tried to make a snowman — or chuck snowballs at your friend — you know that nice, wet, heavy, packable snow works best. And if you have enough of it, you can make a giant shark like this one, made by three kids in Minnesota. The Bartz brothers spent 95 hours shoveling up a huge pile of snow, then patting it and shaping it to look like a shark. At 10 feet tall and about 30 feet long, the shark is almost as big as their house!

Wee ones: The teeth are pointy like triangles. See if you can spot 2 triangles in your room.

Little kids: If the oldest brother is 6 feet tall, the youngest is 4 feet tall, and the middle one’s height is the number between them, how tall is the middle brother?  Bonus: If they all stand on top of each other in a stack, and can reach 1 foot higher than that, how high can they reach on the shark?

Big kids: If the shark took 95 hours and they worked 10 hours a day starting on a Monday, on what day did they finish?  Bonus: The shark used 12,000 pounds of snow. If a shovel can move 10 pounds of snow, how many scoops of snow did they shovel to make this thing?

Answers:
Wee ones: Items might include noses on stuffed animals, barrettes, or triangle designs on clothes or book covers.

The sky’s the limit: Austin is 11, Connor is 14 and Trevor is 16. We can solve this with simple algebra and substitution, since we know:

Substituting those expressions for a and c into the first equation, we get