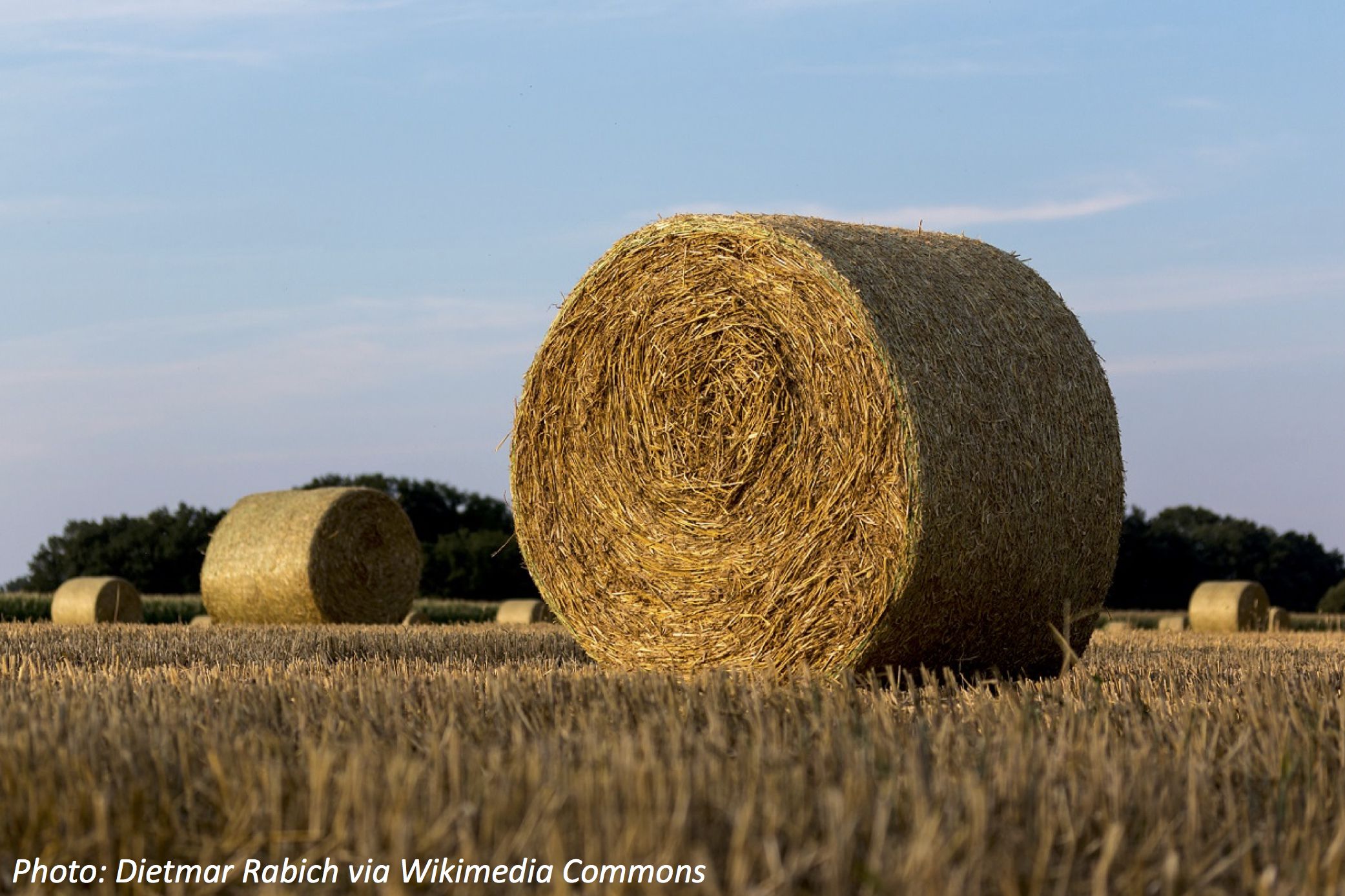 What are those giant rolls of brown stuff? They’re bales of straw, from a Picture of the Day on Wikimedia. Farm animals like horses and cows sleep on straw, so farms need to gather up a lot of it. Farms also need lots of hay for animals to eat: a horse needs to eat about 20 pounds of hay each day. That might be a quarter or a third of what you weigh! By the way, what’s the difference between hay and straw? Hay is alfalfa or grass, while straw is dried-out, leftover wheat stalks. Just like you don’t want to eat your pillow, horses don’t want to eat straw!

Wee ones: What shape does the front of a bale look like?

Little kids: What 3-D shape is the whole bale?  Bonus: How many bales can you count in the field? Which one do you think is closest to the camera?

Big kids: Square bales of hay weighs 50 pounds. If each horse eats 20 pounds, how many horses can you feed enough food with 1 bale?  Bonus: How many bales do you need to be able to feed an exact number of horses?

Little kids: A cylinder — the same shape as a can of food.  Bonus: We think we see parts of 10 bales. The one that looks biggest is the closest.

The sky’s the limit: 16 times as much hay. Circles work like squares: if it’s 2 times as wide in every direction, it will cover 2 x 2 the area, or 4 times the area. So a circle (or square) 4 times as big in every direction will hold 4 x 4 as much area. If the height of the cylinder is the same, you’re stacking the same number of 1-foot tall layers; it’s just that they’re each 16 times as big. So you get 16 times the volume (space that the bale fills).