Home » Say “Cheese!” for the Octopus 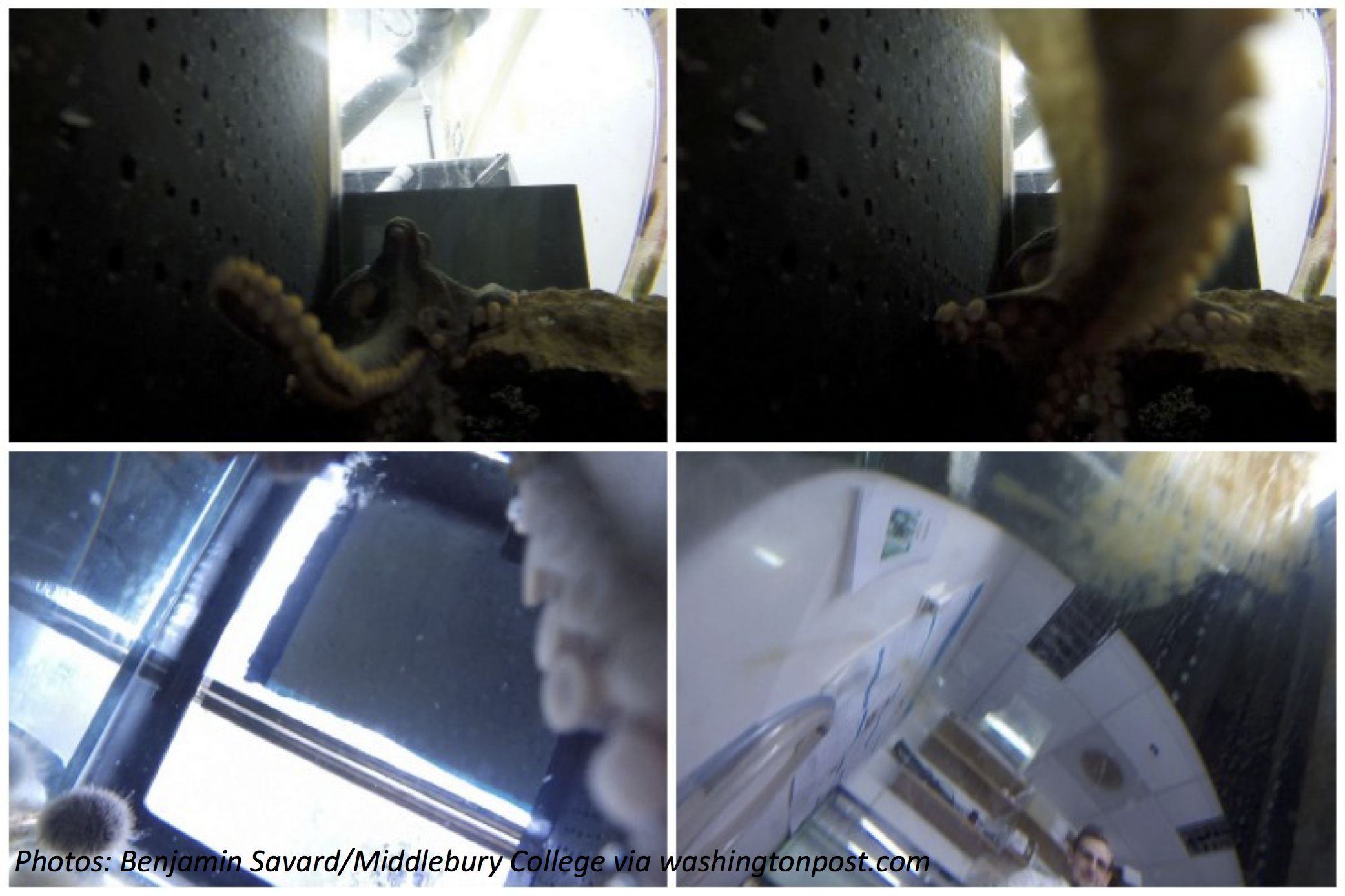 It’s so cool that we can use underwater cameras to take pictures of sea creatures. What’s even crazier is when the creatures take pictures of us, like this sassy octopus. Benjamin Savard was helping students take video of the octopus. They tossed a waterproof GoPro camera into the tank, where it filmed the octopus’ squishy, waving tentacles. But then the octopus grabbed the camera and flipped it around, filming Benjamin instead! The octopus is a very smart animal: its arms have more nerves (wires to the brain) than ours do, so its arms can work on different tasks from each other. Try patting your head while rubbing your tummy — an octopus could do that with no problem.

Wee ones: Who has more arms, an octopus or you?

Little kids: How many more arms than you does an octopus have? Bonus: If you and the octopus each hold a camera with 2 arms, how many leftover arms are there?

Big kids: If the camera filmed the octopus for 7 seconds and then Benjamin for 3 times as long, how long a video did it shoot in total? Bonus: If Benjamin gave the octopus a high five exactly halfway through that video, how many seconds had passed?

The sky’s the limit: If the octopus’ legs are numbered 1 through 8, and it can use any 2 to hold a camera, how many different ways can it choose a pair of legs to hold it? Assume that the smaller-numbered arm is always on the left (i.e. don’t count each pair twice).

Answers:
Wee ones: The octopus.