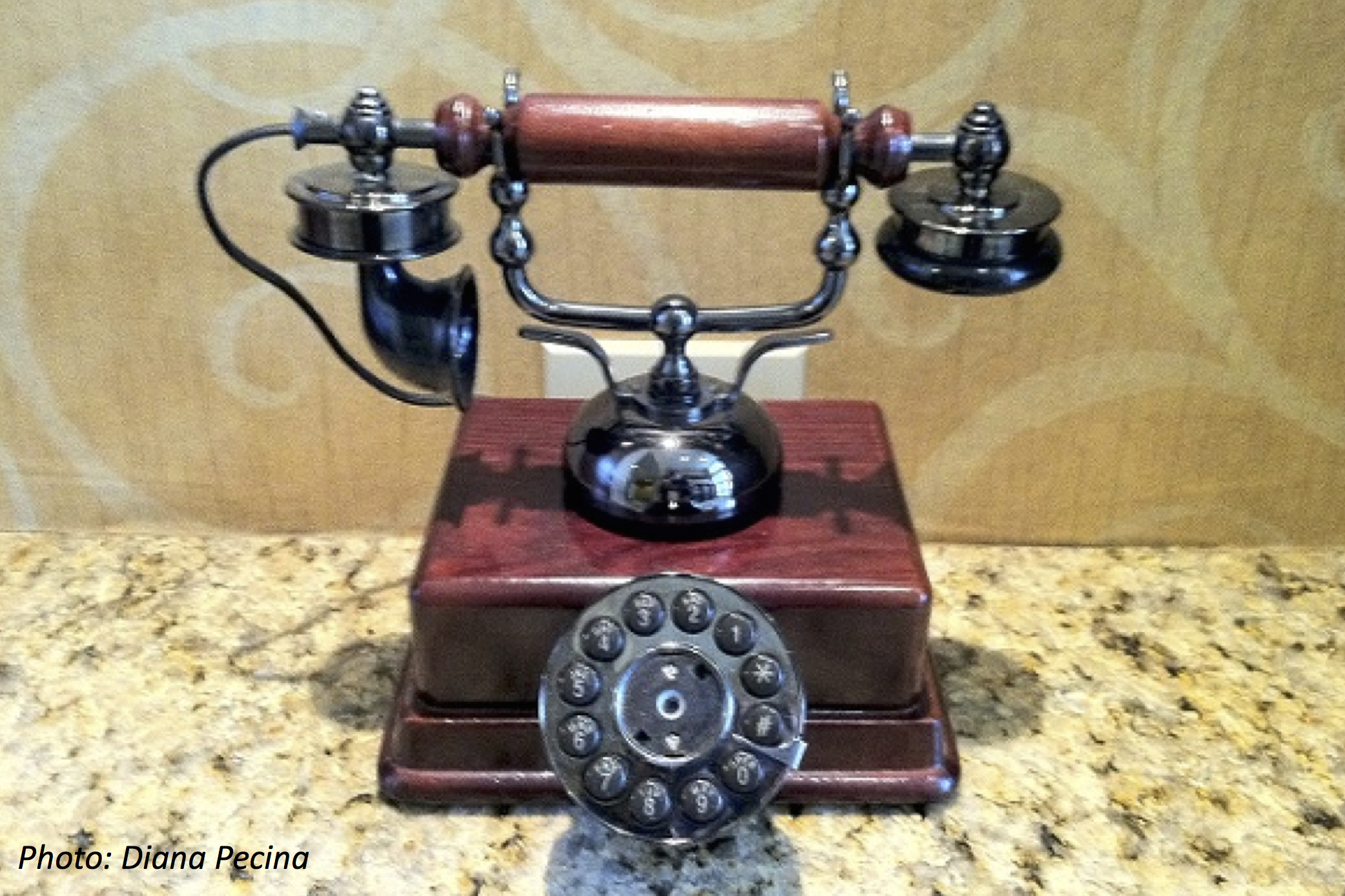 When you make a phone call these days, you don’t even have to remember anyone’s number. You just tap the person’s name on your phone, and the phone dials the number saved there. But not that long ago, you had to work a little harder to call someone. Just 20 or 30 years ago, even after push-buttons were invented, some phones had a “rotary dial” like the one you see here. The spinning wheel had 10 holes, one for each digit from 0 to 9. To make a call, you would stick your finger in the hole for the first digit in the person’s phone number, spin the wheel clockwise, then let go so it could spin back. As it spun back, the wheel would click to signal what digit you had dialed. You’d hear 1 click for a 1, 2 clicks for a 2…and if you dialed 0 you had to wait for 10 clicks. Numbers with 9s and 0s took forever — by the time the person answered, you had forgotten why you had even called!

Wee ones: For which number will you hear more clicks, a 3 or a 7?

Little kids: If you dial a 2, then a 4 then a 6…what digit should you dial next?  Bonus: To save everyone lots of clicks, the lowest-number area codes (the first 3 digits) were given to the cities with the most people. How many more clicks would you hear for Washington, DC (202) than for New York (212)?

Big kids: Which area code with just one 0 in the middle would make 28 clicks?  Bonus: How many clicks would people hear if they called your number on a rotary phone today? (You can use your 10-digit home phone number, or a cell phone #.)

The sky’s the limit: How many different 3-digit area codes would give you a lucky 7 clicks? (Any order counts — don’t worry whether they are real-life area codes).

Answers:
Wee ones: A 7 has more clicks.

Big kids: Just one: 909 (it needs 18 clicks beyond the 10 clicks from the 0).  Bonus: Different for everyone…add up the digits of your main phone number, but remember 10 for each 0!