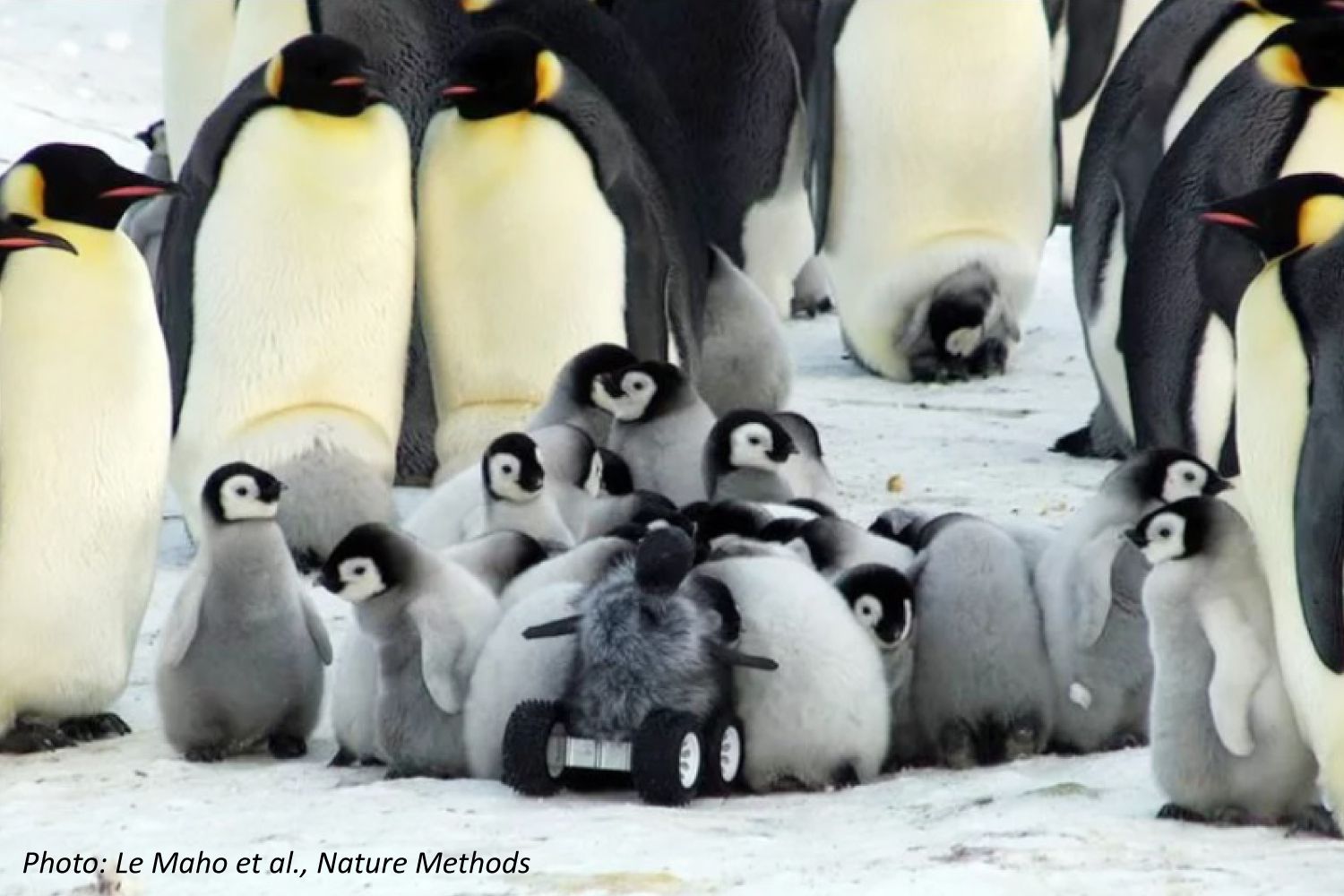 It’s hard to study penguins in Antarctica. In winter it’s dark all day and the average temperature is 72 degrees below zero. Also, humans make penguins nervous, which makes their hearts beat faster than usual. So scientists built a small robot to hang out with the penguins to measure heartbeats. But the robot made the penguins nervous, too. Finally the scientists made the robot look like a penguin, all cute and furry, and that solved the problem. Some penguins have even tried singing to it. The robot doesn’t sing back, but it learns a lot about the penguins, and doesn’t get cold while doing it.

Wee ones: What shape are the wheels on the robot penguin?

Little kids: If the robot penguin you see here has 2 wheels on this side, 2 on the other, and a spare underneath, how many wheels does it have?  Bonus: If there are 8 grown-up penguins, 3 baby penguins, and 2 of these fluffy robots, how many real and fake penguins are there in total?

Big kids: Right now the South Pole is heading into summer, so it’s a nice warm -15 degrees by midday. How much warmer than -72 is that?  Bonus: If there are twice as many penguins as robots and the real penguins have 44 feet in total, how many robots are there?