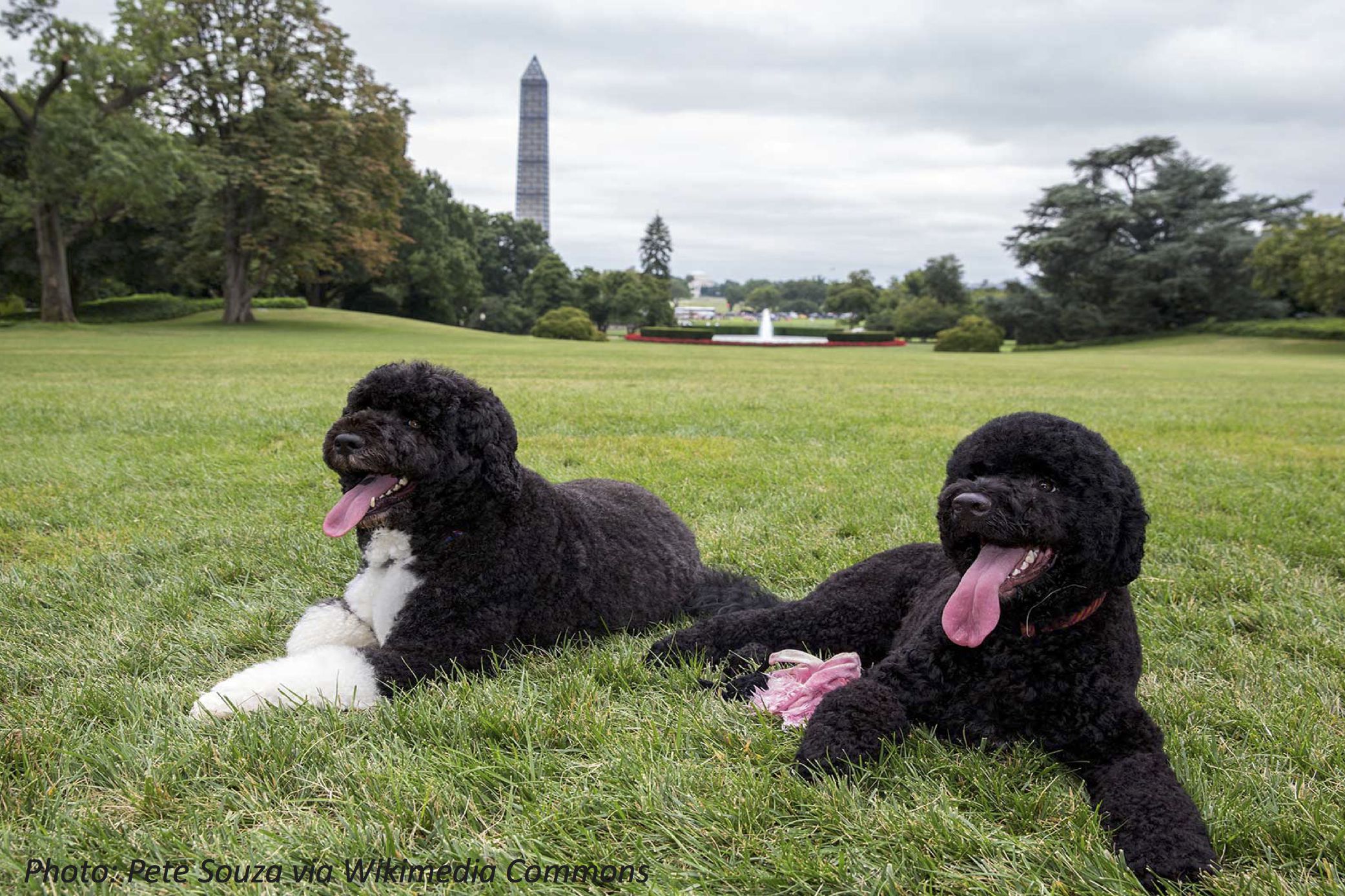 Today the U.S. celebrates Presidents’ Day, which began as George Washington’s Birthday (February 22), but now honors all past presidents. Why not? After all, Lincoln’s birthday is February 12, so we might as well just celebrate them all. While we’re at it, we should also celebrate those presidents’ most loyal advisers: their pets. Judging from one online list, there have been 121 dogs in the White House! Cats and horses have also been popular, but some presidents have had some pretty crazy animals, including an alligator, lion cubs, opossums, and a mini hippo. Looks like that’s one bonus of being president: you can pick whatever wacky pets you want.

Wee ones: President Hoover had 9 pet dogs and 2 pet crocodiles! Did he have more dogs or crocs?

Little kids: Presidents Clinton, Bush, and Obama had 1 dog, 3 dogs, and 2 dogs, in that order. How many dogs did they have together?  Bonus: Animal lover President Teddy Roosevelt had tons of pets, including a hyena, a badger, a barn owl, a snake, and a 1-legged rooster. How many legs did they have all together?

Big kids: If a President gets all new pets on Election Day in November, how many months do they have them by that next President’s Day?  Bonus: Of the 42 presidents who have had pets, 31 of them had dogs, 13 had horses — but only 5 of those horse lovers did not have dogs. How many presidents had dogs but no horses?

Big kids: 3 months.  Bonus: 23 dogs-without-horses presidents. 8 of the 13 horse owners had dogs, so we then subtract those 8 horse/dog owners from the 31 dog-owning presidents.