Home » From Dinosaur to French Fry 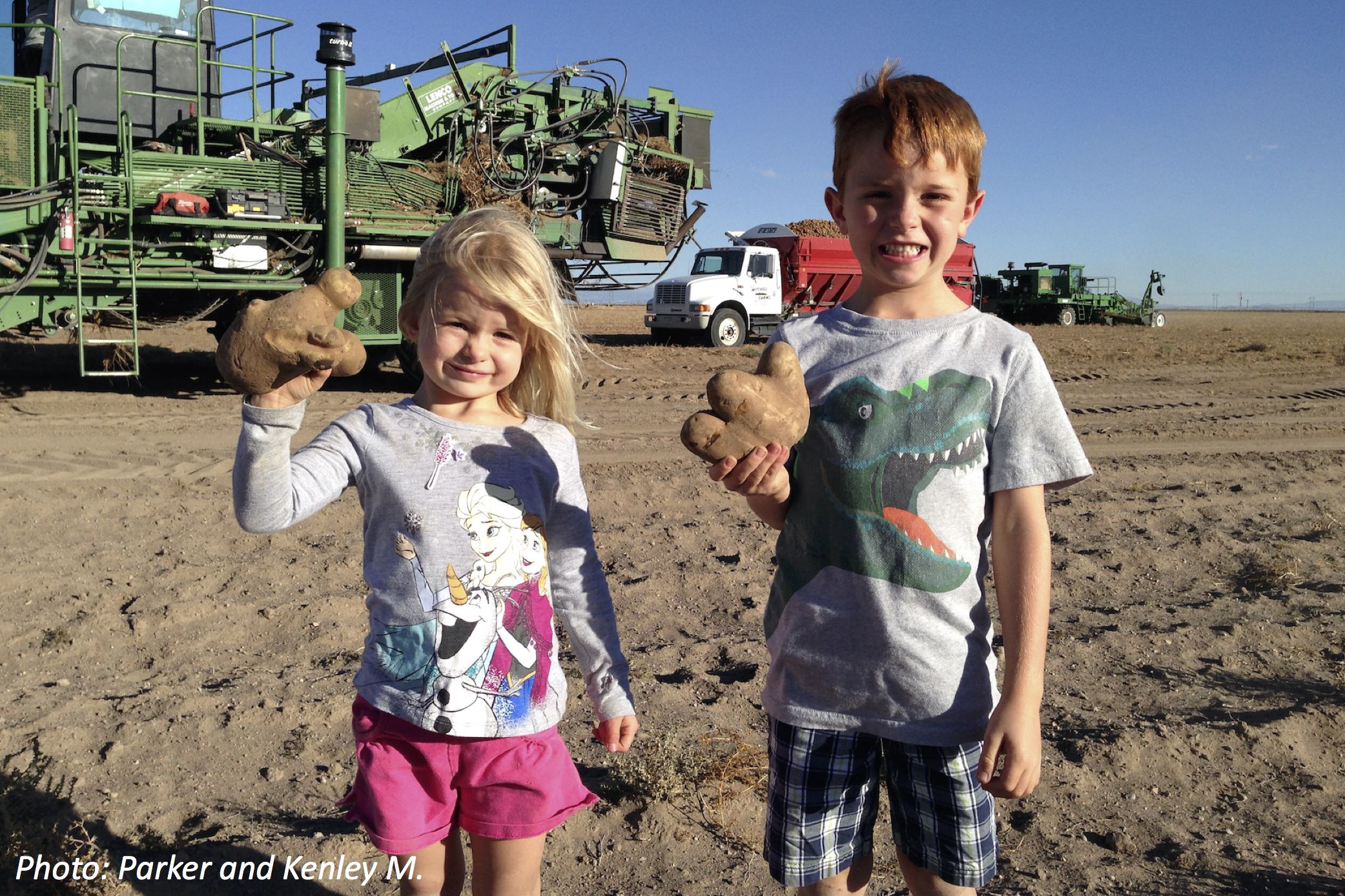 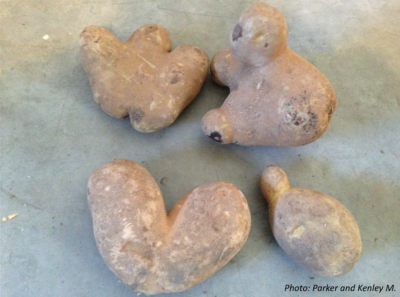 Our fans Parker and Kenley M.’s family farm grows thousands of potatoes, and some grow into shapes like hearts, ducks and dinosaurs. Parker and Kenley asked us, how many potatoes would it take to feed the world? Well, mashed potato recipes tell us to cook 1/2 pound of potato per person, which works out to be 1 potato each, so 8 billion people need 8 billion potatoes. We each eat about 69 pounds of potatoes each year…the question is, how many of those look like ducks?

Wee ones: When you slice through a normal-shaped potato (or look at it from the end), what shape do you see?

Little kids: Potatoes can be brown, red, or golden. If you have 2 potatoes of each color, how many potatoes do you have?  Bonus: If 2 of those potatoes are dinosaur-shaped, how many aren’t?

The sky’s the limit: If each of the world’s 8 billion people eats 69 pounds of potatoes this year, how many pounds is that – and how many potatoes? (Trick for multiplying: 8 is 2 x 2 x 2, so you can just double the number 3 times! Another trick: what if it were 70 pounds a year, and how different would that be?)