Home » The Greatness of Guinea Pigs 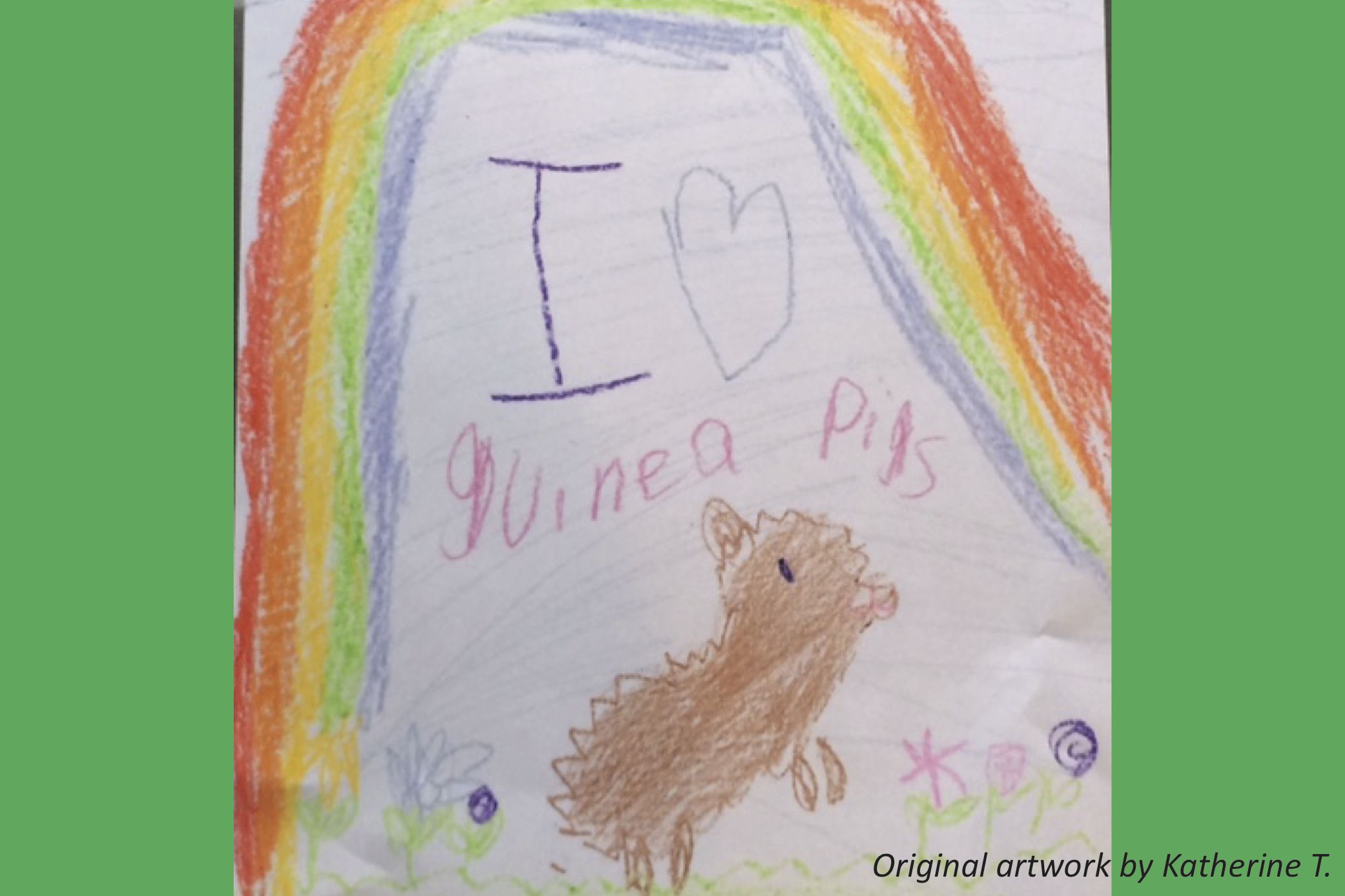 Guinea pigs are among the furriest,  funniest pets you can have. So our friend Katherine T. asked, how many guinea pigs are there in the world? (and sent a guineapigalicious drawing!) It’s tricky even to count up the world’s dogs, much less guinea pigs. But we found some numbers. There were 1,362,000 pet guinea pigs in America in 2007 (that’s more than a million), and another 1 million in England in 2012. There were also 30 million “small mammal pets” in all of Europe in 2010, but that could include mice, hamsters, and gerbils. If 1/10 of those were guinea pigs, that would give us another 3 million. It’s safe to guess there are at least 5 million guinea pigs. They often live in pairs, though…so how many houses have one?

Wee ones: If you just got your 3rd pet guinea pig, how many did you have before that?

Big kids: How many furry feet do 5,000,000 guinea pigs have?  Bonus: Guinea pigs love carrots. If starting on a Sunday you give your guinea pigs carrots every 3rd day, how many times have you given them carrots when they first eat them on a Tuesday?

The sky’s the limit: If 5,000,000 pet guinea pigs live in pairs, how many households have guinea pigs?

And thank you again Katherine for the question and the guineapigalicious artwork!