Home » Hang Onto That Party Balloon! 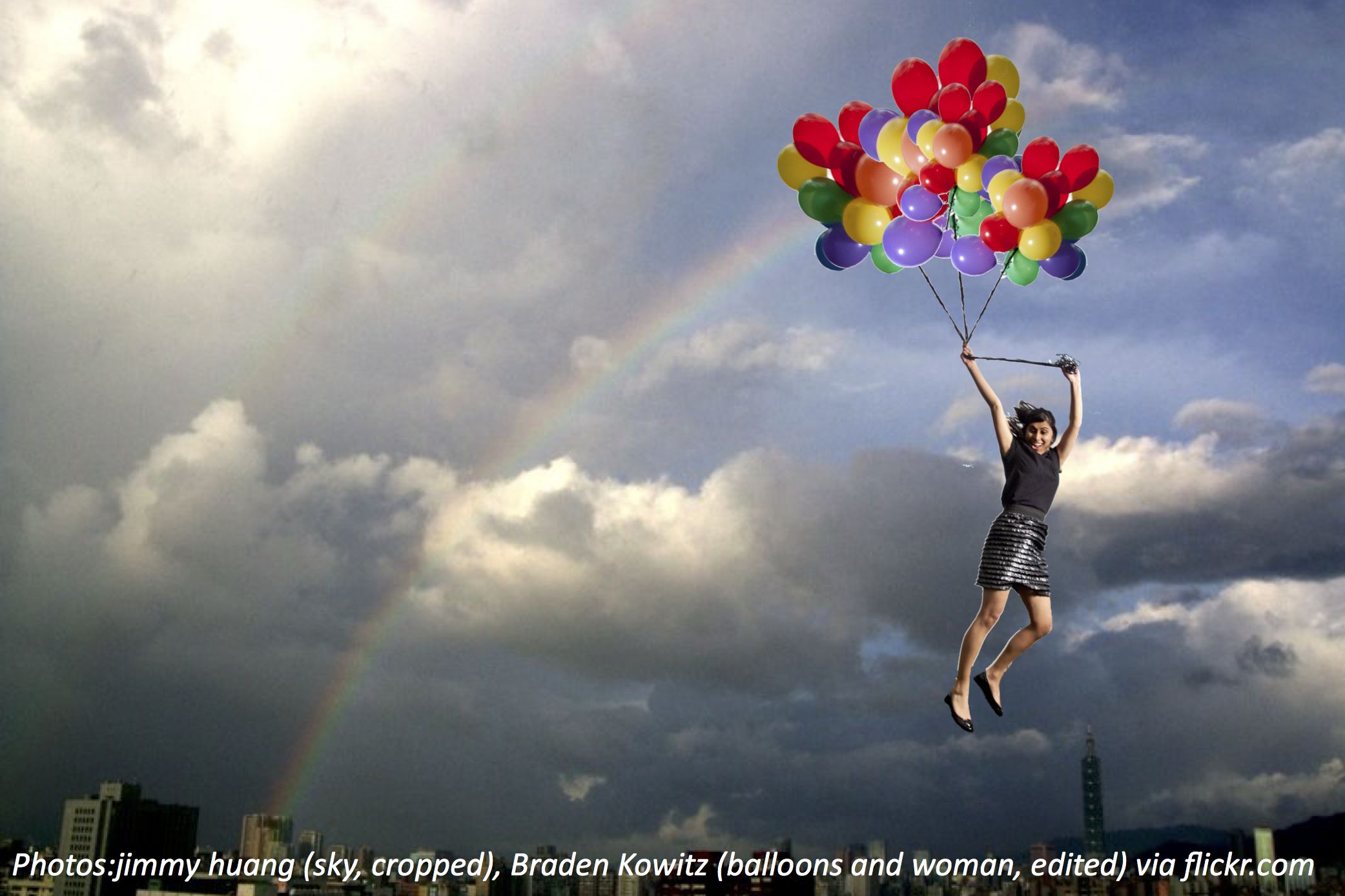 When you blow up a balloon yourself, it just hangs from the string. But party balloons from the store float straight up. Why? Because the store balloons have a different kind of air in them, a gas called helium. Helium is very light, so those balloons float – and if you let go, they’ll float right up into the sky. So our fan Brayden W. asked, how high can a helium balloon float? It turns out it can float about 20 miles up, not quite into outer space. The better part is that helium balloons really can lift stuff. In the craziest record ever set, 300 8-foot-wide helium balloons lifted a whole 4,335-pound house into the sky! So if anyone tries to hand you a balloon that size, think twice before you take it. It could carry you away!

Wee ones: Party balloons come in all different colors. See if you can find 1 thing of each rainbow color: red, orange, yellow, green, blue, purple. How many things do you have?

Answers:
Wee ones: See how many colors you can find! If you can find an item for each, you’ll have 6 things.

Big kids: 299 balloons. Bonus: Different for everyone…300 balloons lifting about 4,500 pounds means each balloons can lift about 15 pounds. So divide your weight by 15 to solve for the number it would take to pick you up.