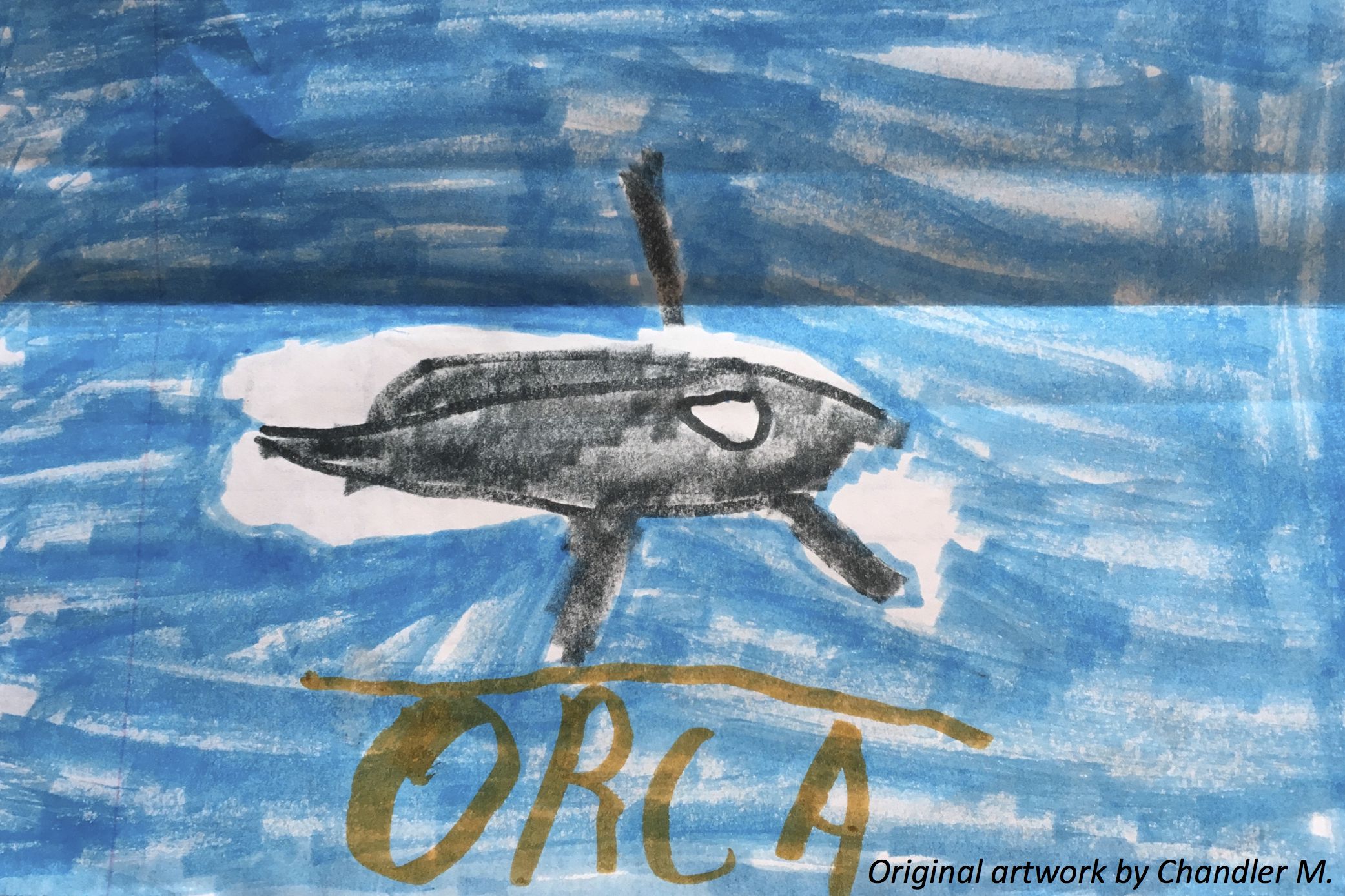 Orcas are those beautiful black and white whales that we also call killer whales (but “orca” sure sounds nicer). Our fan Chandler M., who’s also a fan of orcas, asked us a great question: how many orcas are out there, and are there more in the Pacific or Atlantic Ocean? Orcas live all over the world, so it’s hard to count them. But scientists think there are at least 50,000 orcas. About 10,000 of those live in the Pacific, compared to only about 1,000 in the Atlantic near Norway. But the Antarctic really rocks: 25,000 killer whales there! As the biggest members of the dolphin family, they can stretch 26 feet long and weigh more than 6 1/2 tons. Even that “little” fin on their back is 6 feet tall. Do the math to find out how tiny you are compared to an orca!

Little kids: If you have 2 pet orcas and 3 pet dolphins, how many splashy pets do you have?  Bonus: An orca’s dorsal fin (on its back) stands 6 feet tall. How much taller than you is that? Find out your height in feet!

The sky’s the limit: If America’s (nearly) 350 million people share the world’s 50,000 orcas as pets equally, how many share each orca? (Hint if needed: What if it were just 50 million people? And how does this answer differ?)

Answers:
Wee ones: Items might include the pages of a book, a newspaper, sneakers or socks.

Little kids: 5 splashy pets.  Bonus: Different for everyone…subtract your height in feet from 6.