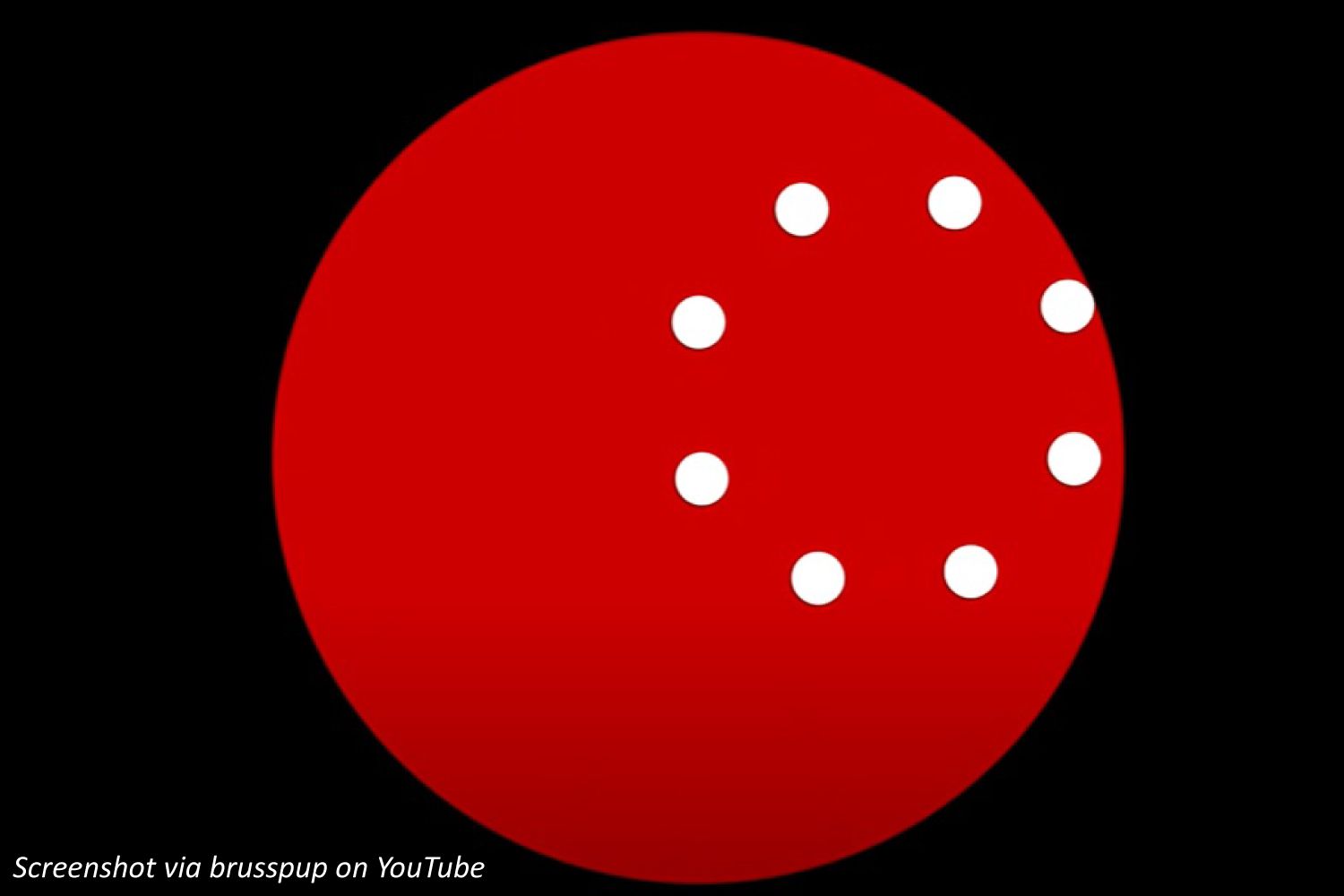 An optical illusion is a picture that looks different from what is really happening. Like straight lines that look bent, or still shapes that look like they’re moving. One of our favorites is this video, where a ring of little white balls rolls around the inside of a bigger circle that’s twice as wide. It turns out that each ball moves back and forth on a totally straight line! If you don’t believe it, watch closely to see. Think about it: if you had a teeny ring of balls, each one would make little loop-de-loops around the edge. Meanwhile, balls in a big ring would never make it to the middle. The half-wide ring works perfectly. Now see if you can look at this drawing and imagine the balls tracing straight lines…it might still be hard!

Wee ones: How many little white balls can you count?

Little kids: If you take away 1 of the 8 white balls, how many white balls are left?  Bonus: If instead you took the 8 balls and shoved another 5 in there to make more lines, how many do you have now?

Big kids: Each line cuts across the big circle through the middle, like slicing a pizza. How many pizza pieces should 8 lines eventually make?  Bonus: If it takes 5 seconds for the balls to travel around the circle and you have to watch it 13 times to believe it, how long do you watch?

The sky’s the limit: If there were 2 rings of balls rolling around starting at the top at the same time, and one takes 6 seconds to go around and one takes 15 seconds, how many times has the fast one passed the slow one just after 1 minute?

The sky’s the limit: 6 times. In 30 seconds, they are both at the top again and the faster ring has made 5 rotations while the slower one has made only 2; the faster one passes on its own 2nd lap (after rolling through the bottom), then its 4th (before reaching the bottom), and then finishing its 5th (at the top). From that point they repeat this whole pattern: as the faster one finishes its 10th lap, the slower ring is finishing its 4th lap. So at 1 minute, the faster ring is passing the slower one for the 6th time.