Home » How Many of You Are There, Anyway? 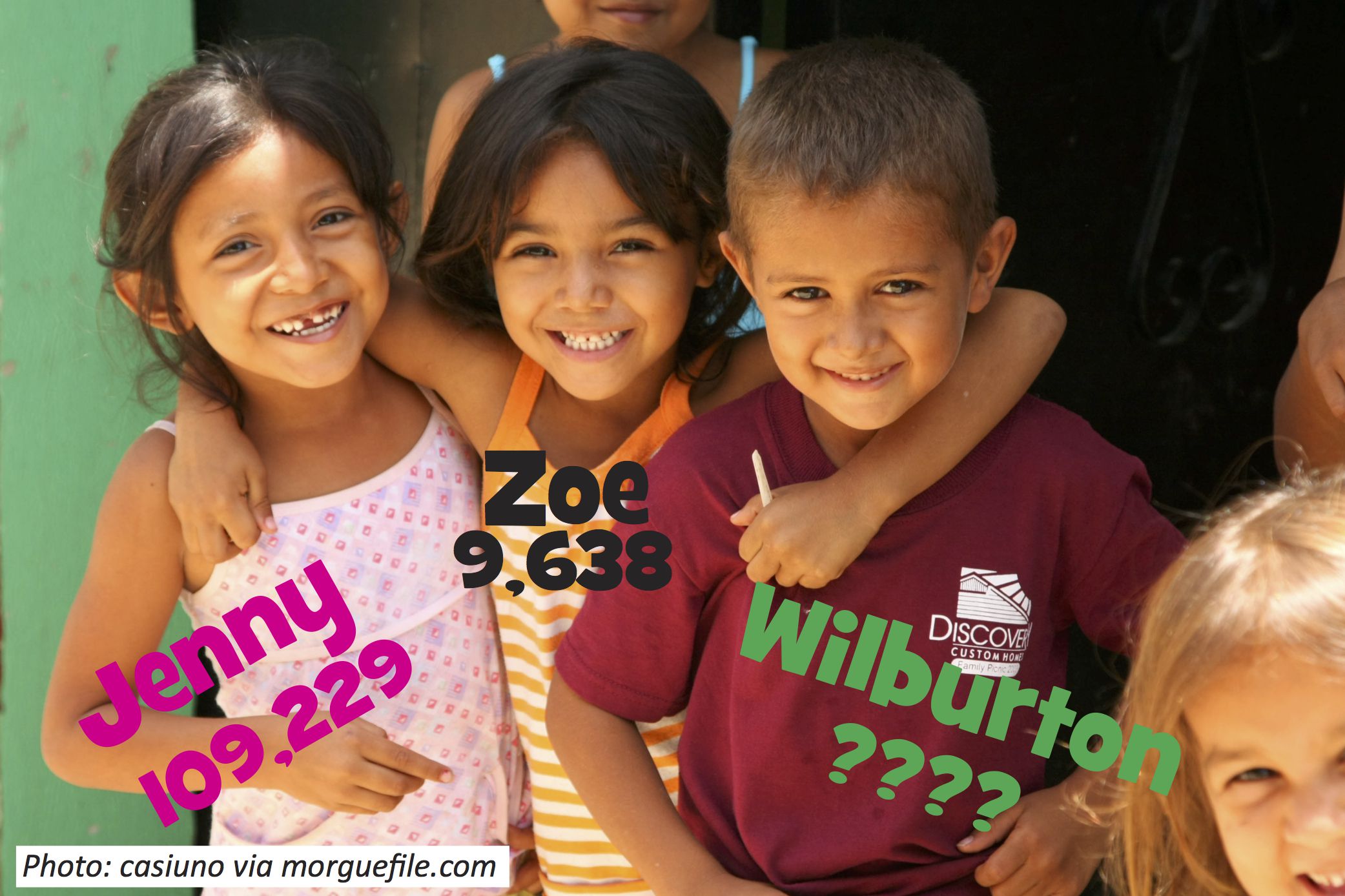 Have you ever wondered how many other people share your name? This website tells you how many people have the same first name as you, and the same last name — and then it guesses how many of those people have both. So someone named Wilburton McGillididdle can find out if there are other Wilburton McGillididdles. Some names might show only 5 or 10 people, or even 0. But if you have a first name like Matt or a last name like Rodriguez, there could be a lot. Find a grown-up to search your name with you, and find out whether you’re the only one!

Wee ones: How many letters are in your first name? Spell it out together and count!

Little kids: If there are 15 people named Frieda and 12 people named Freddy, are there more Freddies or Friedas?  Bonus: If 3 of your 20 friends have the same first name as you, how many friends don’t?

The sky’s the limit: If 20,000 people had your first name the month you were born, and that’s doubled each year since then, could there be 1 million of your name by now?

Answers:
Wee ones: Different for everyone…count 1, 2, 3 up to the last letter.