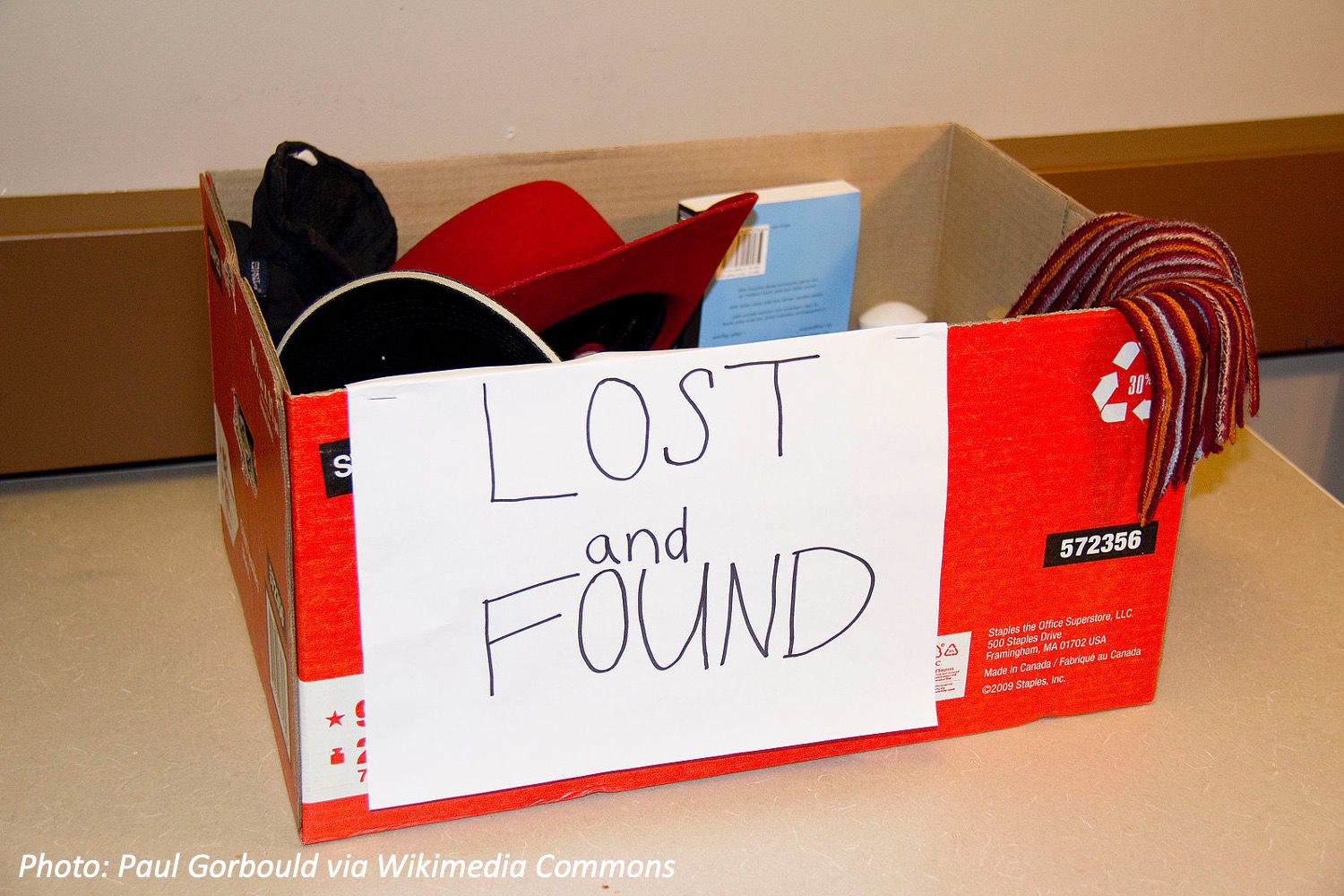 Have you ever found something that you lost so long ago you forgot all about it? Imagine Derek Gamble, who lost his wallet on a train…30 years later, train driver Michael Massey found it wedged inside the seats and mailed it to him! The wildest lost and found, though, might be the Stanford University weather balloon carrying a GoPro camera, so it could photograph the Grand Canyon from miles above. When the camera fell back to Earth, the students couldn’t find it. But an Arizona hiker found the camera 2 years later, full of amazing pictures of Earth from space. Well worth the wait!

Wee ones: If that long-lost wallet had 6 really old coins, what numbers would you say to count them?

Little kids: If your favorite Lego piece gets vacuumed up in March and pops out 3 months later, in what month do you get it back?  Bonus: If the space camera was launched in 2013 and found 2 years later, in what year was it found?

Big kids: If you’ve been searching for your favorite sneakers since October 17 and you find them tonight, how many days after losing them did you find them? (Reminder: October has 31 days, and today is November 3.)  Bonus: If the camera flew 5 miles up and then fell 5 miles down, how many feet did it travel? (Hint if needed: A mile has 5,280 feet.)

The sky’s the limit: 16 months. You lost your sneakers 10 months ago and found them 6 months ago (4 months later), making the halfway point 8 months. Your shirt went missing 24 months ago, so from that time to 8 months ago is 16 months.