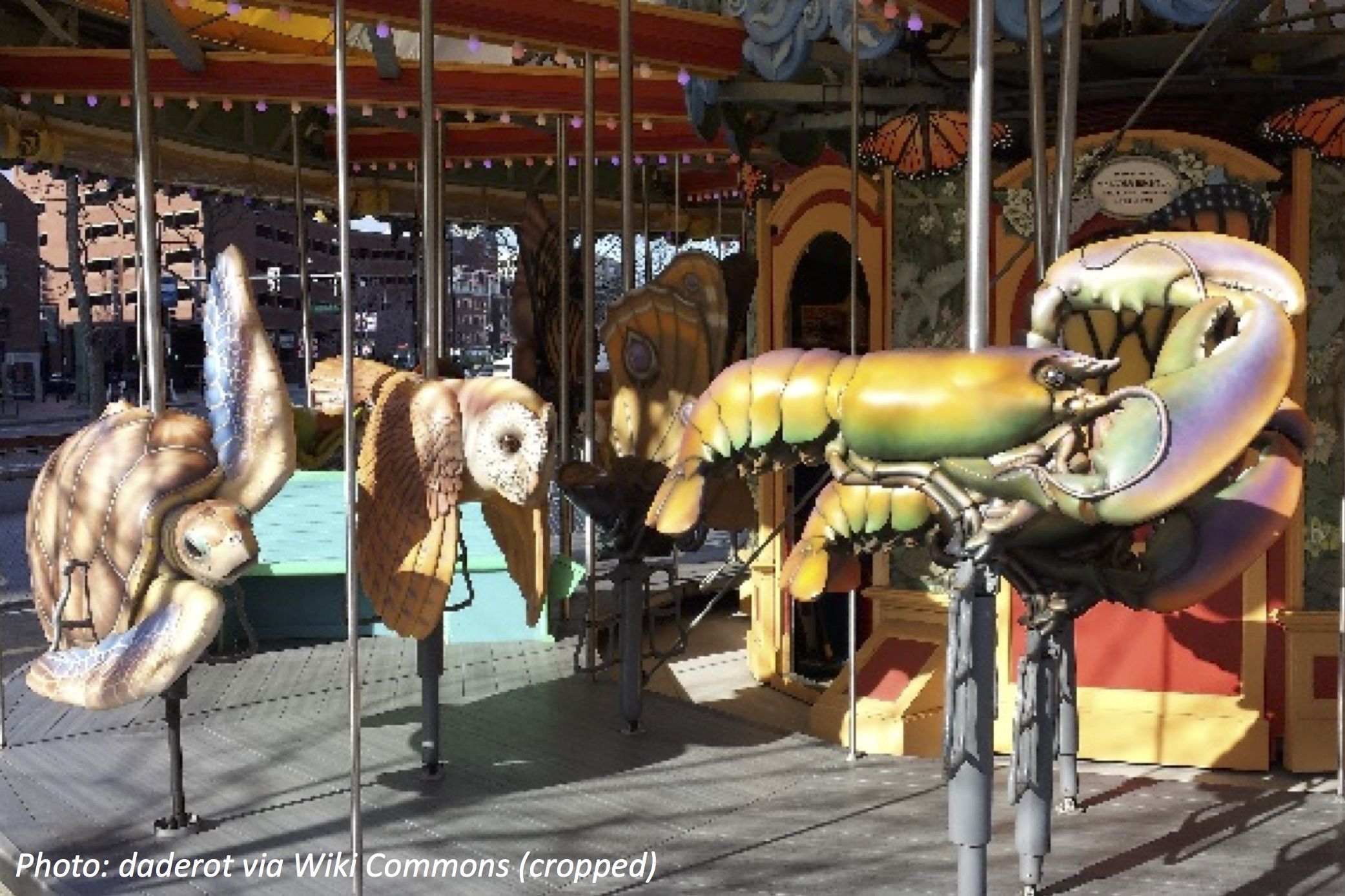 When you draw a picture of some creature, wouldn’t it be cool if it could come to life and hang out with you? That’s just about what happened in this story from our fan Laurel P. When folks built a new merry-go-round in the Boston area, artist Jeff Briggs asked kids to draw their favorite animals from the wildlife around them. Then he turned their pictures into clay shapes, which became the seats on the merry-go-round! This shows a drawing of a lobster that then became a lobster you can ride. Other New England animals included turtles, seals, and hawks. Not your usual merry-go-round horses!

Big kids: If the merry-go-round has an inner ring of 18 animals, a ring of 20 animals in the middle, then 22 animals on the outside, how many does it have — and what’s a shortcut to add them?  Bonus: If the inside ring always has 2 fewer animals than the middle ring, and the outer has 2 more than the middle, how many in each ring would add up to 90 animals?

Answers:
Wee ones: The lobster has more legs.