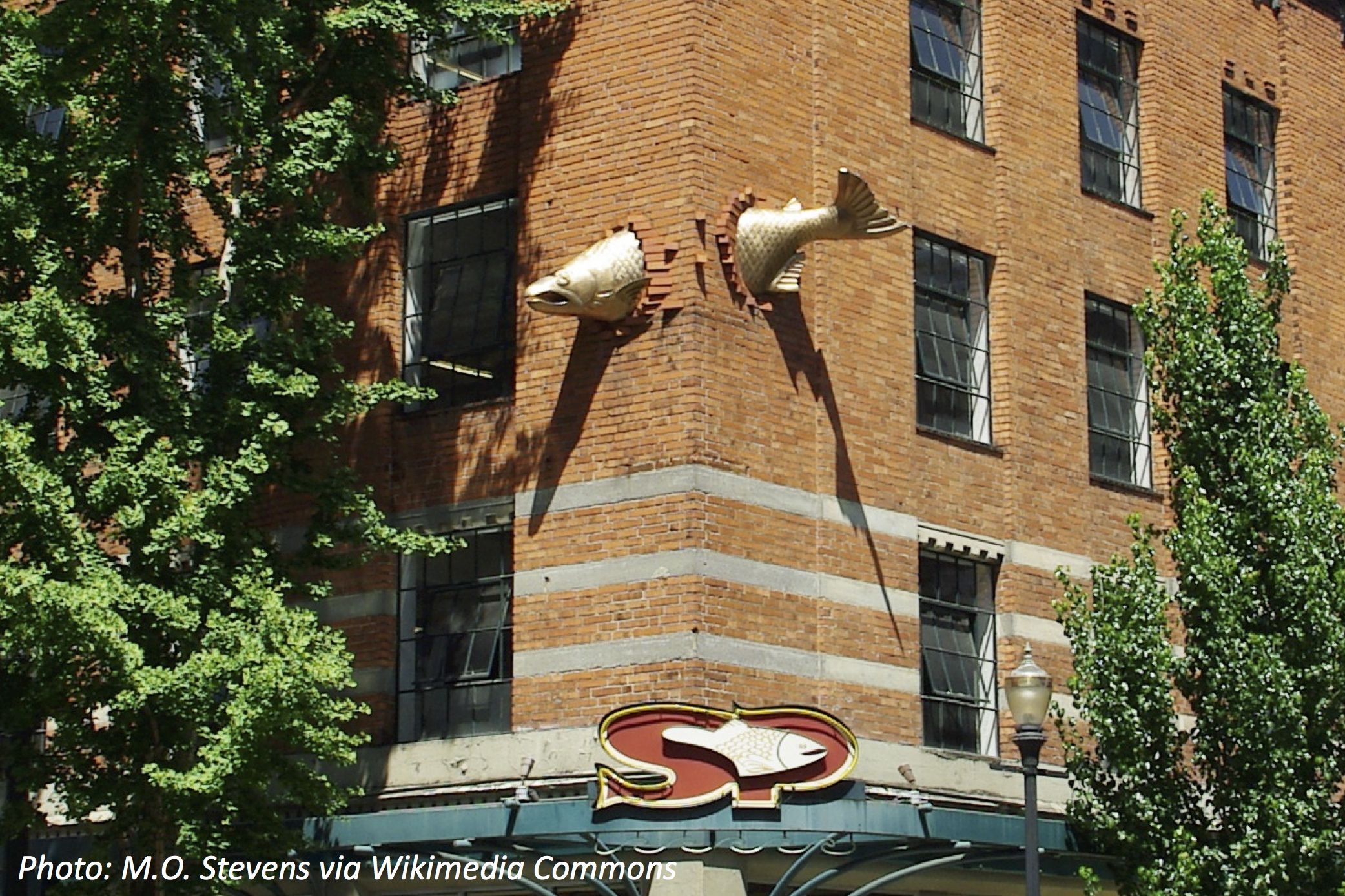 We all know fish like to swim through water. But here’s a fish who likes to swim through brick walls. This fish sculpture, called “Transcendence,” is made of bronze, a shiny, golden colored metal, and it’s plowing right through a building in Portland. The fish is 11 feet long, if you include the piece of its middle that’s hidden in the building. Keith Jellum, the artist, probably built the fish after the building was already standing there. But we like how he added tilted bricks to make it look like the fish smashed through the wall on the right, then popped out the other side around the corner. That fish is 2 to 3 times as long as you are…let’s do the math to find out how many bricks it smashed, and how much it weighs.

Wee ones: If the fish “knocked out” 2 bricks in the top row of the hole, then 3 in the next, then 4 in the next…how many are missing in the next row?

Big kids: There’s a fish restaurant right below that fish! If the kitchen has 59 fish in the fridge plus that fish through the wall, how many fish are there in total?  Bonus: If a bronze statue of you would weigh 80 pounds, and this one weighed 3 times as much, how much would the fish weigh?

The sky’s the limit: We can’t tell you how many bricks that fish ate in total…but if you take that number, then double it, then subtract 6, then triple it, you get 120. What’s the magic number of bricks?

The sky’s the limit: 23 bricks. At the final step you triple to get 120, which means you have 40 at that point. You subtracted 6 to get to that step, so you had 46 before that. And you doubled the number to get to 46, giving us 23. If that’s how you thought about it, you just did algebra in your head!