Home » The Bigger the Burrito, the Better 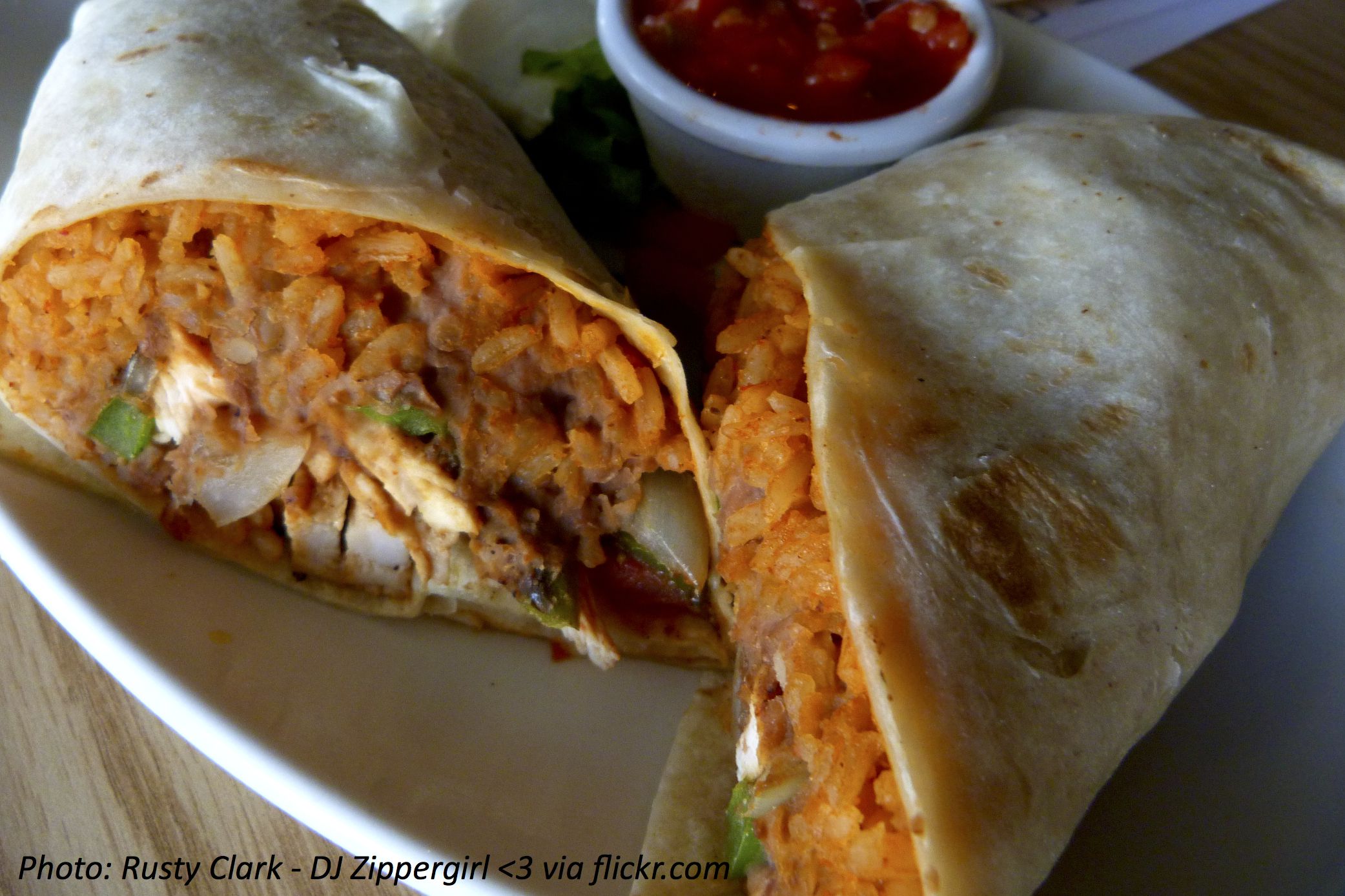 Have you ever eaten a burrito? It’s a tortilla wrapped around foods like rice, beans, chunks of meat, and shredded cheese. Well, last month Dylan Grosz decided to find out how much food he could get in a burrito from the restaurant Chipotle. Every day he ordered 5 burritos with different fillings, then weighed them to see which mix gave him the most food. Turns out that when you order both types of beans or both types of rice, the servers should give you just 1/2 scoop of each, but they actually put in more than a total of one scoop. You also score more food if you order the fillings in a bowl with the tortilla on the side. Dylan almost doubled the burrito to nearly 2 pounds without paying anything extra! But he probably doesn’t want to eat burritos again for a while.

Wee ones: If your burrito has rice, beans, beef, cheese, corn, and salsa, how many ingredients is that?

Little kids: If Dylan ordered 5 burritos and ate 1 himself, how many were left for his friends?  Bonus: If each burrito weighed 2 pounds, how much would Dylan eat if he chugged down all 5 burritos himself?

Big kids: If you ordered 5 burritos each day, what numbers would you say to count up your daily total up to 1 week? Count up by 5s!  Bonus: If starting on Monday Dylan orders salsa as his topping, then sour cream on Tuesday, then back to salsa Wednesday to keep alternating, how many days from that first Monday until he orders salsa on a Monday again?

The sky’s the limit: If Dylan orders salsa on Monday, sour cream on Tuesday, and cheese on Wednesday, then starts over with salsa on Thursday, now how many days from the first Monday until he orders salsa on a Monday again?