Home » Living in a Lego House 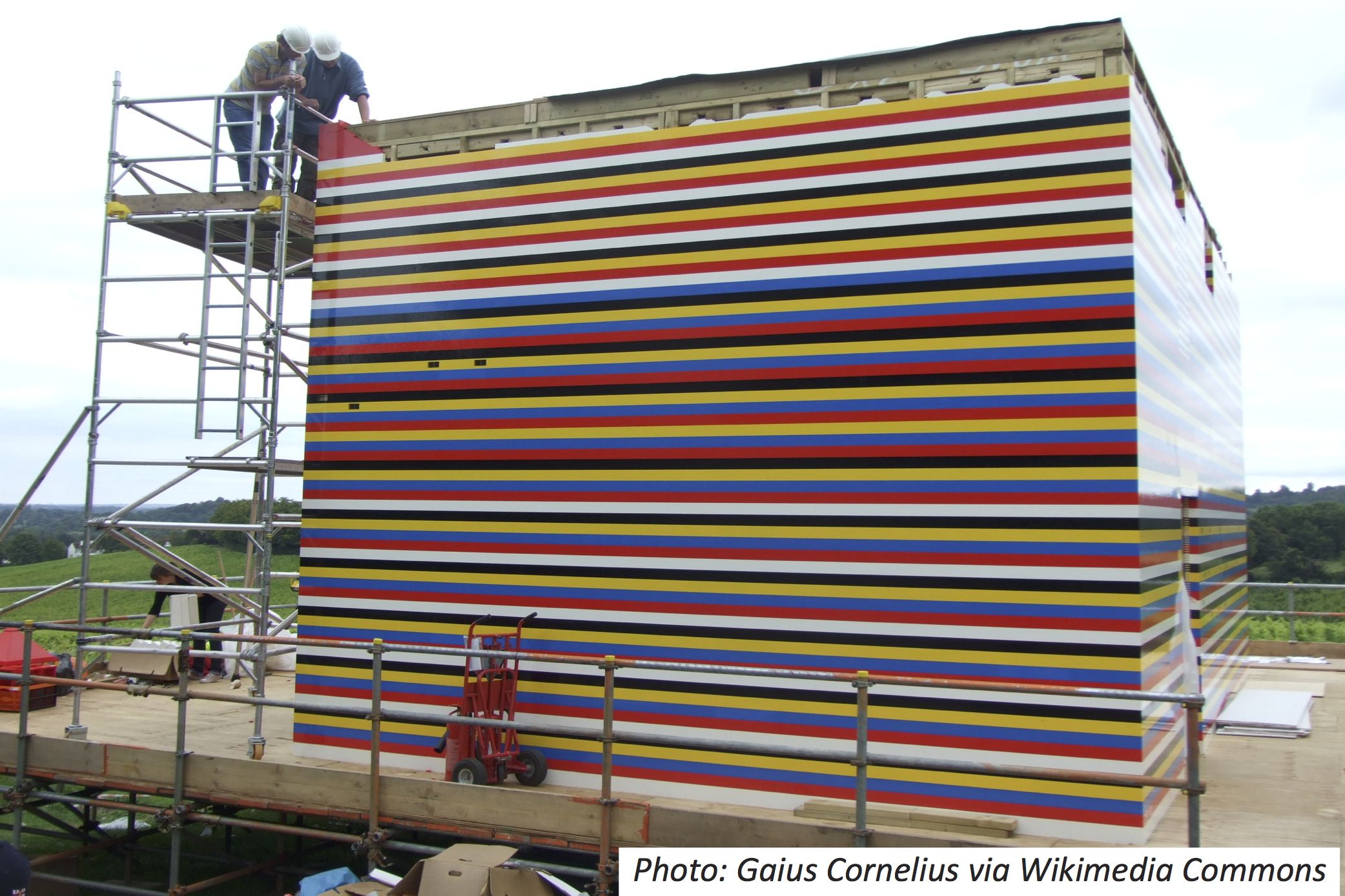 Sure, the Three Little Pigs built their houses out of straw, then sticks, then bricks. But did they ever think about using Lego? A while ago people built a life-size house out of normal-sized Lego. A show called “James May’s Toy Stories” brought together 1,200 people to build it, and it took them over a month! The 20-foot-tall striped house used more than 3 million bricks, and even had a bumpy bed that probably wasn’t so comfy. No Big Bad Wolf ever came to blow the house down: instead a team took it apart and gave the pieces to kids. But this might have been strong enough for that third little pig.

Wee ones: If the house used 5 Lego colors but you wanted to add green, how many colors would the house use then?

Little kids: If the stripes were white, red, blue, yellow, black, and then started over to repeat, what color would the 12th stripe be?  Bonus: If you stand as tall as the 20th stripe, how many full sets of 5 colors would that be?

Big kids: Can you write the number 3 million in digits? How many zeros do you need?  Bonus: The volunteers started building on August 1 of that year, and finished on September 17. How many days after starting did they finish?

Little kids: Red: since the colors repeat in 5s, it would be the same color as the 2nd stripe.  Bonus: 4 full sets.