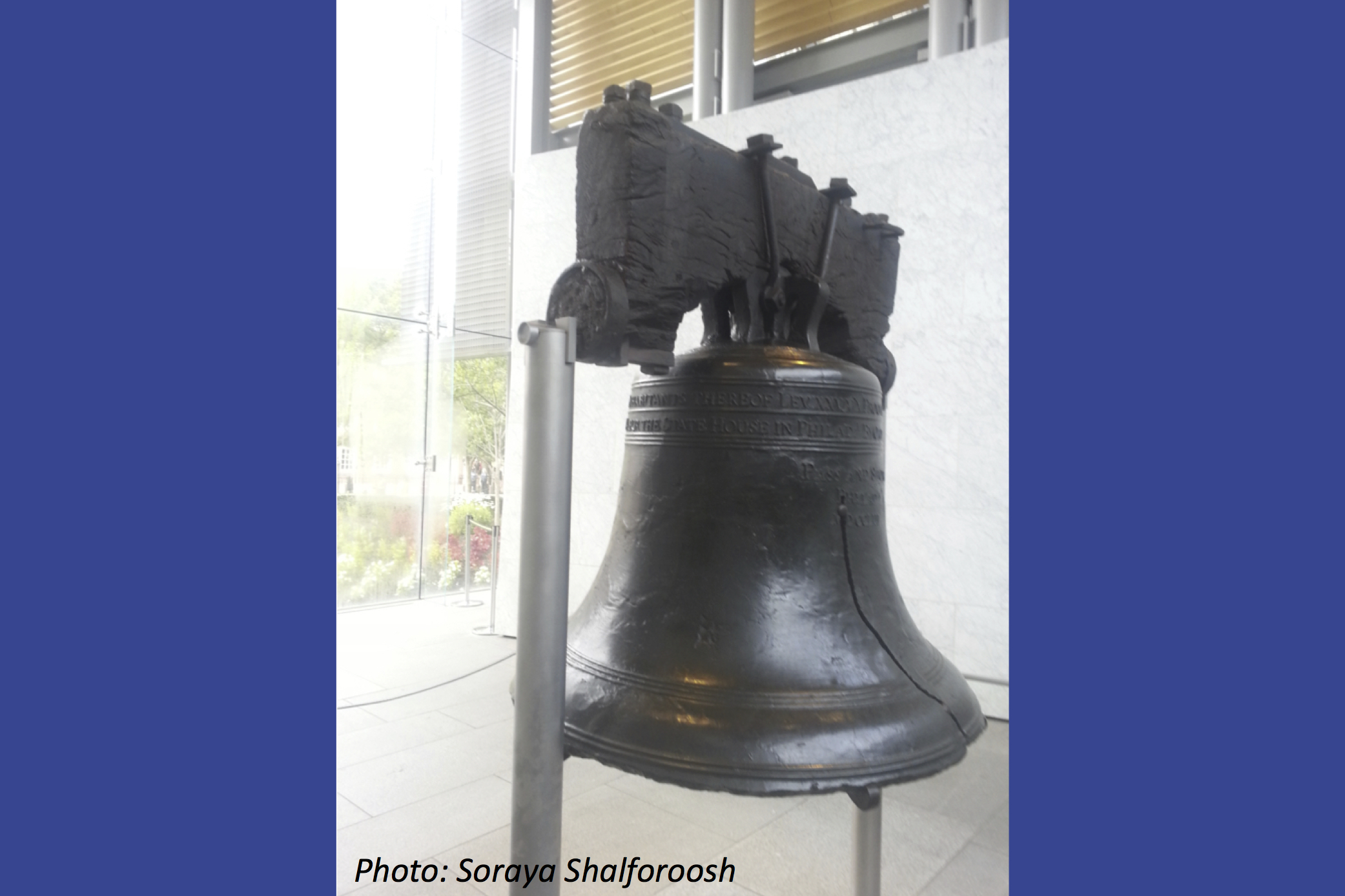 Today the U.S. celebrates Independence Day! One of the most famous symbols of the holiday is the giant cracked Liberty Bell in Philadelphia, Pennsylvania. Maybe you can’t tell from the picture, but this bell is huge. It stands 3 feet tall, and it weighs over 2,000 pounds! That’s because its walls are super thick and made of lead (mixed in with other metals). The bell was made in 1753 as the bell for Pennsylvania’s State House. So it had been around a while when it rang in July 1776, the day the Declaration of Independence was read to the crowds for the first time. Sadly, the bell doesn’t ring any more: in 1846 it got a small crack, which got bigger when the heavy bell rang for George Washington’s birthday that year. To be safe, people have never rung it again since. But even without hearing it, you can bet that when it rang, it was loud.

Wee ones: Who’s taller, you or the 3-foot-tall Liberty Bell? Find out your height!

Little kids: The clapper — the stick that bangs the inside of the bell to make a ding — swings back and forth to hit both sides, making 2 dings. If you tug on the bell twice and each tug makes 2 dings, how many dings do you hear?  Bonus: To ring the bell at 12 noon, how many times do you tug the rope to make 12 dings?

Answers:
Wee ones: Different for everyone…find out if you are at least 3 feet tall!

Big kids: Different for everyone…subtract 44 from your weight in pounds, or vice versa.  Bonus: The 2 bells weigh more, at 4,000 pounds.

And a big thank-you to Soraya S. for sharing this idea and the photo!