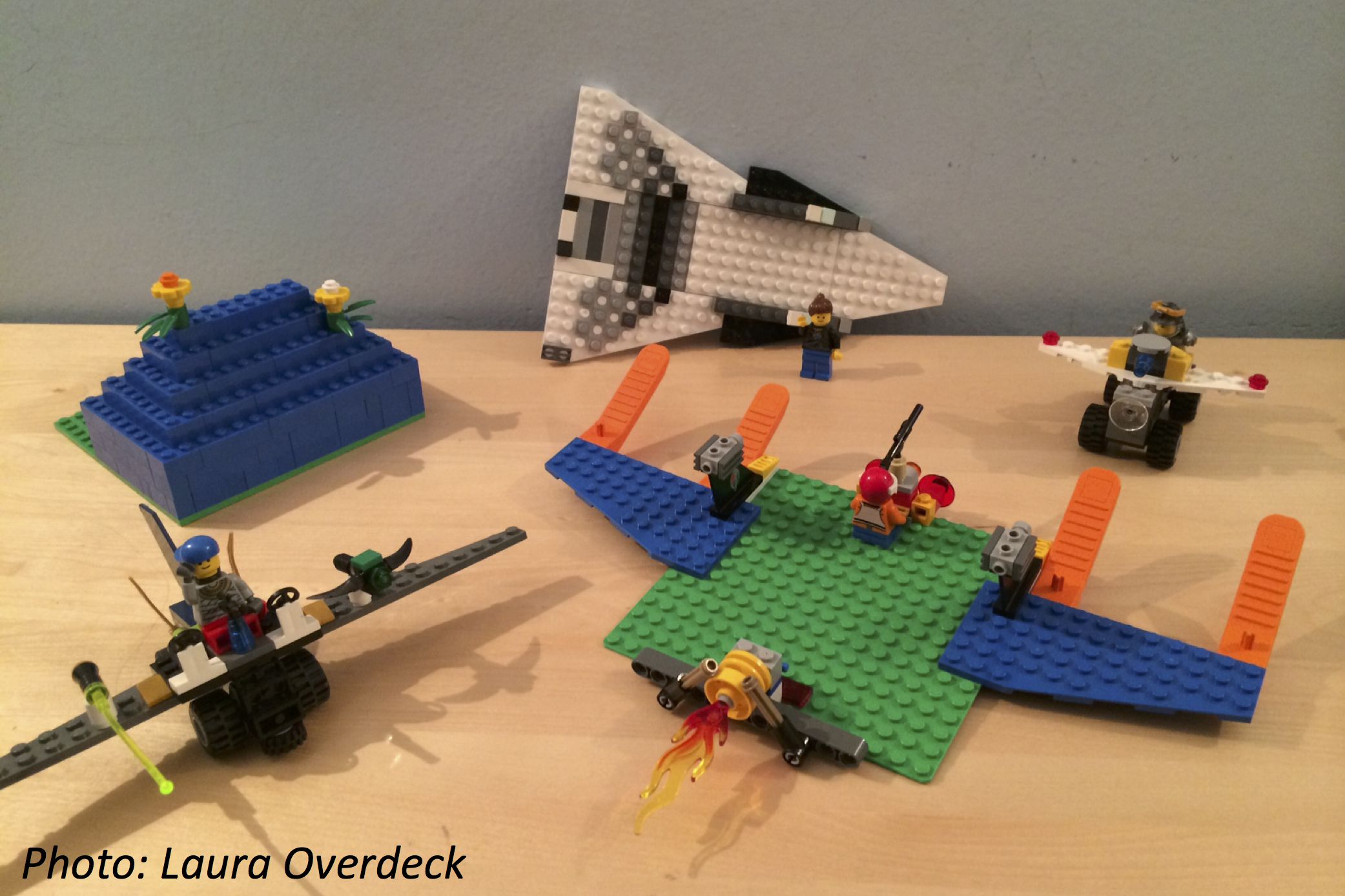 If you love Lego, you’ve probably built some of their sets by following their instructions. Maybe you’ve also used the pieces to invent your own crazy cars, castles, and animals. Someone else might want to build your idea, too! So Lego has a webpage where anyone like you can share what new sets they think Lego should sell. You build a new cool invention, take a picture, write down what pieces you needed, and then send it to them. Then you try to get people to vote for your idea. If you get 10,000 votes or more, the Lego folks will look at your idea and might choose it as a new Lego set! Send in your pink and silver spaceship, checkerboard ice fort, or 2-foot-tall giraffe, and maybe other kids will love it, too.

Wee ones: If you’ve thought up a new spaceship, ice fort, stripey giraffe and robotic bird, how many new Lego set ideas do you have?

Big kids: If your new ice fort is a checkerboard of 60 white blocks and the same number of blue blocks, how many blocks does it use?  Bonus: If Lego wants the set to have exactly 180 blocks, and you make all those new blocks white, how many times as much white as blue does it have now?

The sky’s the limit: If your spaceship needs wing pieces, twice as many engine pieces as wing pieces, and 52 regular blocks, and they want the whole set to have 76 pieces, how many wings and engines will it have?

Answers:
Wee ones: 4 ideas for sets.