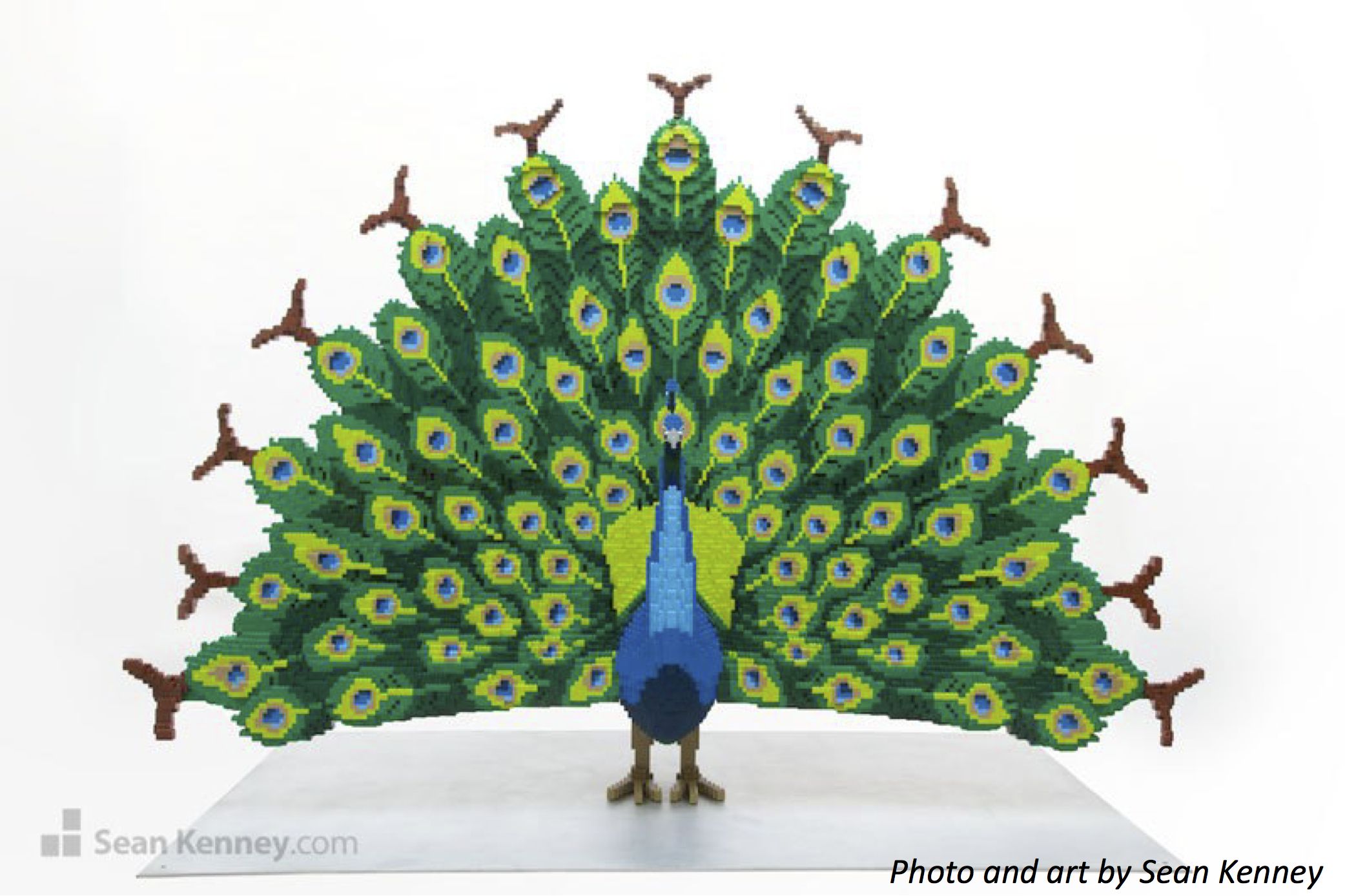 Anyone who’s played with Lego knows you can build amazing creations from those tiny bricks. But artist Sean Kenney has taken this toy to the wild side. He makes giant Lego animals that almost look real. This 5-foot-wide peacock uses more than 68,000 pieces of Lego! His spotted leopard uses 31,000 pieces, and a polar bear with her cubs uses a whopping 125,000 bricks. The heaviest animal Sean has built weighs 400 pounds all by itself — which might be why Sean now owns more than 4 tons of Lego. 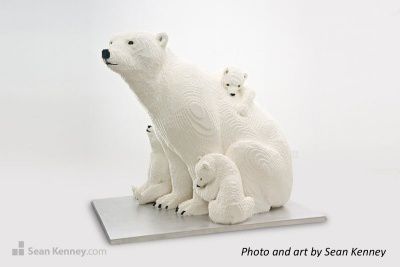 Wee ones: If the mama Lego polar bear has 3 cubs, how many bear family members did Sean build?

Little kids: The peacock tail uses 3 shades of blue, 4 shades of green, a grey and a brown. How many colors is that?  Bonus: If you stack a blue brick, then a green, a grey, and a brown, then start over with blue to repeat, what color is the 13th piece?

Big kids: If Sean owned exactly 4 short tons of Lego, how many pounds would that be? (A short ton has 2,000 pounds.)  Bonus: If you build your own Lego anteater, and the number of bricks is halfway between the 32,000-piece leopard and the 60,000-piece butterfly, how many pieces do you use?

The sky’s the limit: Quick: if each row of the peacock’s eyes has 2 more eyes than the row before, and 3 touching rows have 48 eyes, how many eyes does the longest row have?

And thank you Sean for letting us share your incredible pictures!