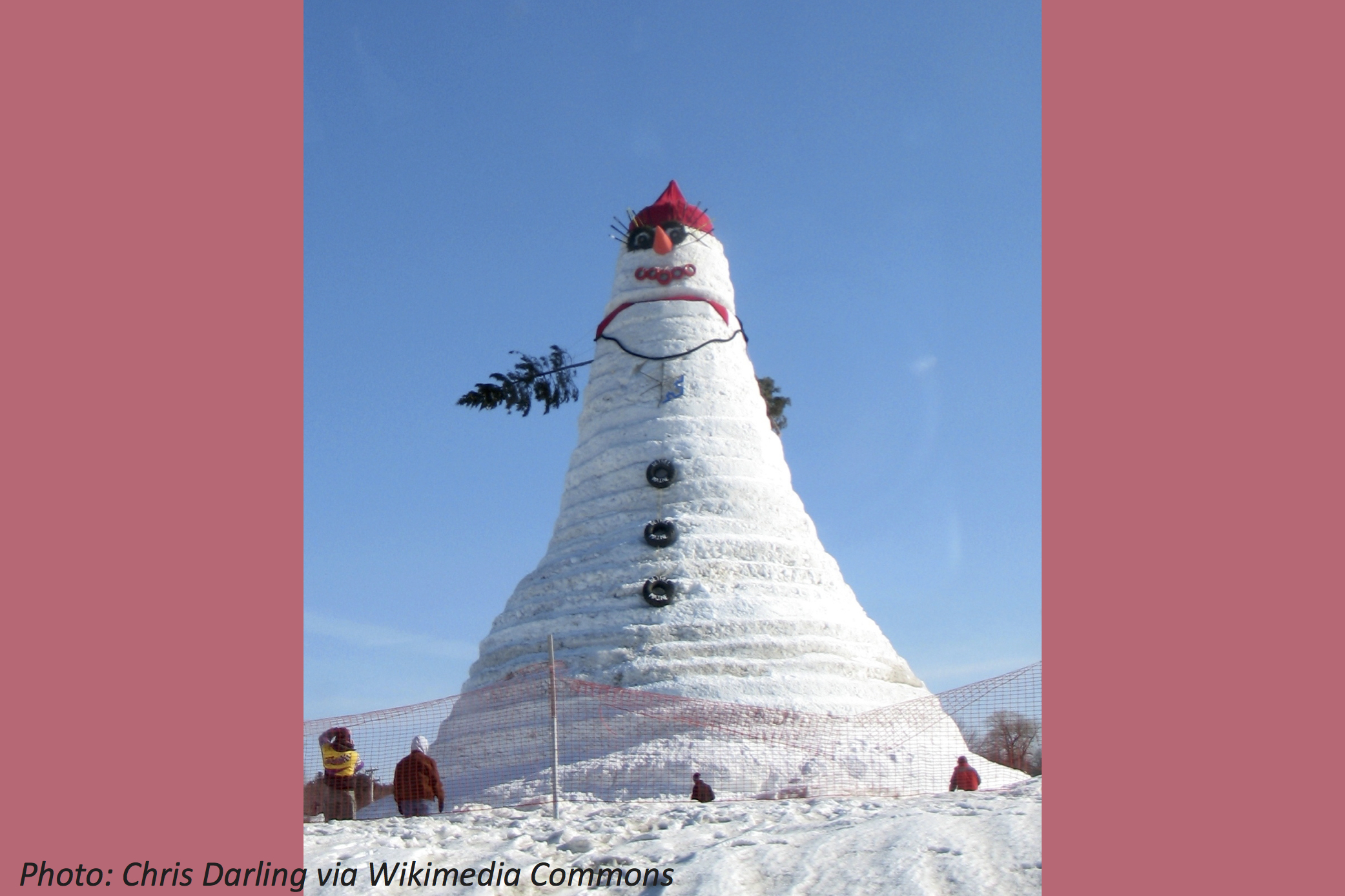 If you’ve gotten any wet, snowbally snow this winter, maybe you’ve had the chance to build a snowman. And the farther you roll that snowball, the bigger the snowman. The world’s tallest snowman — snowwoman, actually — was built in Bethel, Maine in 2008. Named Olympia after Maine’s senator Olympia Snowe, the snowwoman towered 122 feet above the ground. She was so tall that they used skis for her eyelashes and wreaths for her eyes! She wore a 100-foot long scarf, and waved 2 whole 27-foot tall trees as arms. Her 8-foot long “carrot” nose would reach your bedroom ceiling if you stood it on end. No one has broken that record since, so if you feel like lugging trees and skis up a hill taller than your house, give it a try!

Wee ones: Olympia had 2 wreaths for eyes, 3 wreaths for jacket buttons, and 2 trees for arms. Of which leafy object did she wear the most?

Little kids: If the snowwoman-builders stuck on a green ski, then a silver one, then a blue, then a red, then started over with green, how many green skis did they use after sticking on 8 in total?  Bonus: If they had 20 skis total and needed 8 skis for each eye, did they have enough skis for lashes for both eyes?

Big kids: Olympia’s scarf was 100 feet long, even though Olympia herself was 122 feet tall. How much taller than her own scarf was Olympia?  Bonus: If they’d made Olympia by stacking 2 giant snowballs, with the bottom one 6 feet taller than the top one, how big would each snowball have had to be to total 122 feet?