Home » Too Many Fish in the Sea 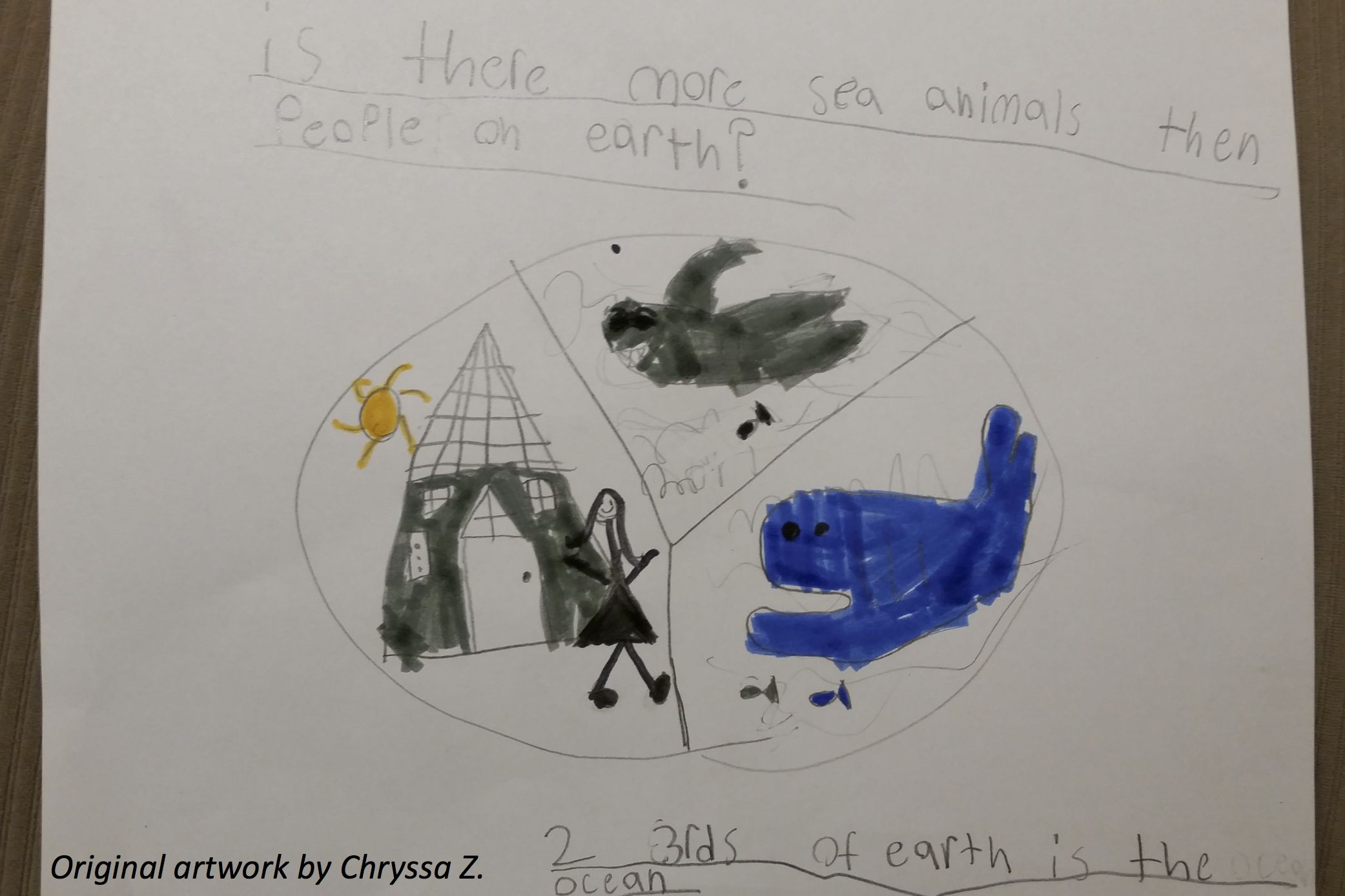 Animals hang out everywhere: on land, in the water, in the air. So our friend Chryssa Z. asked, does the sky have more living things than water or land? It’s hard to pin this down, But scientists do have some numbers. For instance, the sea has 10 times as many fish as we thought before. But they counted by weight: 10 billion tons, which is 20 trillion pounds. That would give us 400 billion 50-pound fish, far more than us 8 billion people. If fish weighed less — say, only 10 pounds each — we’d have 2 trillion fish. Never mind dolphins, whales, seals, and other non-fish sea animals! Meanwhile, scientists think there are between 200 and 400 billion birds. If you’re looking for a pet, there are plenty of animals to go around.

Wee ones: If your neighbor has 2 pet birds and 5 pet fish, does she have more birds or fish?

Little kids: If you have a pet bird and a pet fish, how many legs do you and your pets all have together?  Bonus:How many more birds would you need to have 10 pets in total?

Big kids: If there were 4 million whales and twice as many dolphins, how many would we have in total?  Bonus: If the number of birds doubles every 100 years, and we now have 400 billion, how many birds would there have been 200 years ago?

The sky’s the limit (for real): If we have 200 billion birds and 8 billion people, how many pet birds could each person have if we split them up evenly?

Little kids: 4 legs, since the fish has none.  Bonus: 8 more birds, since you start with 2 pets.

Big kids: 12 million, since you add in 8 million dolphins (but the real whale number is a lot lower).  Bonus: 100 billion, since it would have multiplied by 2 twice to get to 400.