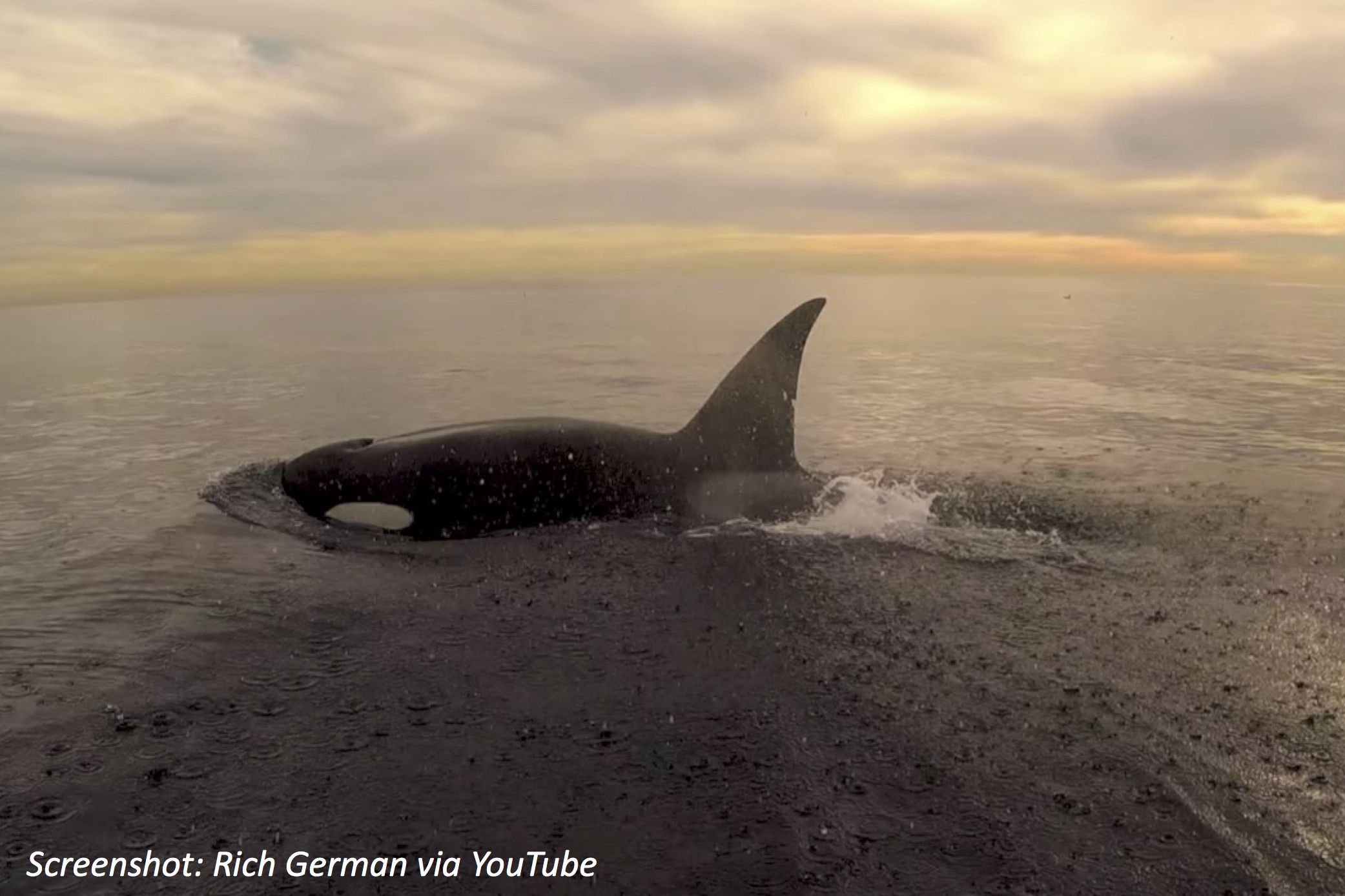 Imagine floating on the ocean and having a giant killer whale swim right under you! That’s what happened to Rich German in California. He was floating around on a paddleboard, and five orcas suddenly swam up to him. A paddleboard is small and flat — it doesn’t have sides like a boat. So there was nothing between him and them. Orcas are the big, beautiful black-and-white cousins of the dolphin: males can be up to 30 feet long and weigh up to 6 tons. That fin on top can be 6 feet tall! Even though they’re nicknamed “killer whales,” luckily Rich knew that they’re gentle animals, so he wasn’t scared. To see what he saw, check out this video (the orcas show up about 2 minutes in).

Wee ones: 5 orcas swam up to Rich. What numbers would he say to count them up?

Little kids: If you’re 4 feet tall and the orca’s fin is 6 feet tall, how many feet above you does it reach?  Bonus: If your bedroom is about 10 feet long, how many rooms that size would you have to line up to match a 30-foot orca?

Big kids: An orca weighs about the same as a school bus. If your bus weighs 10,000 pounds and the orca weighs 1/5 more than that, how heavy is the orca?  Bonus: If you and your friends each weigh 50 pounds, and an orca can carry 200 pounds, how many of you can ride that orca at once?