Home » What Happens in Just One Second 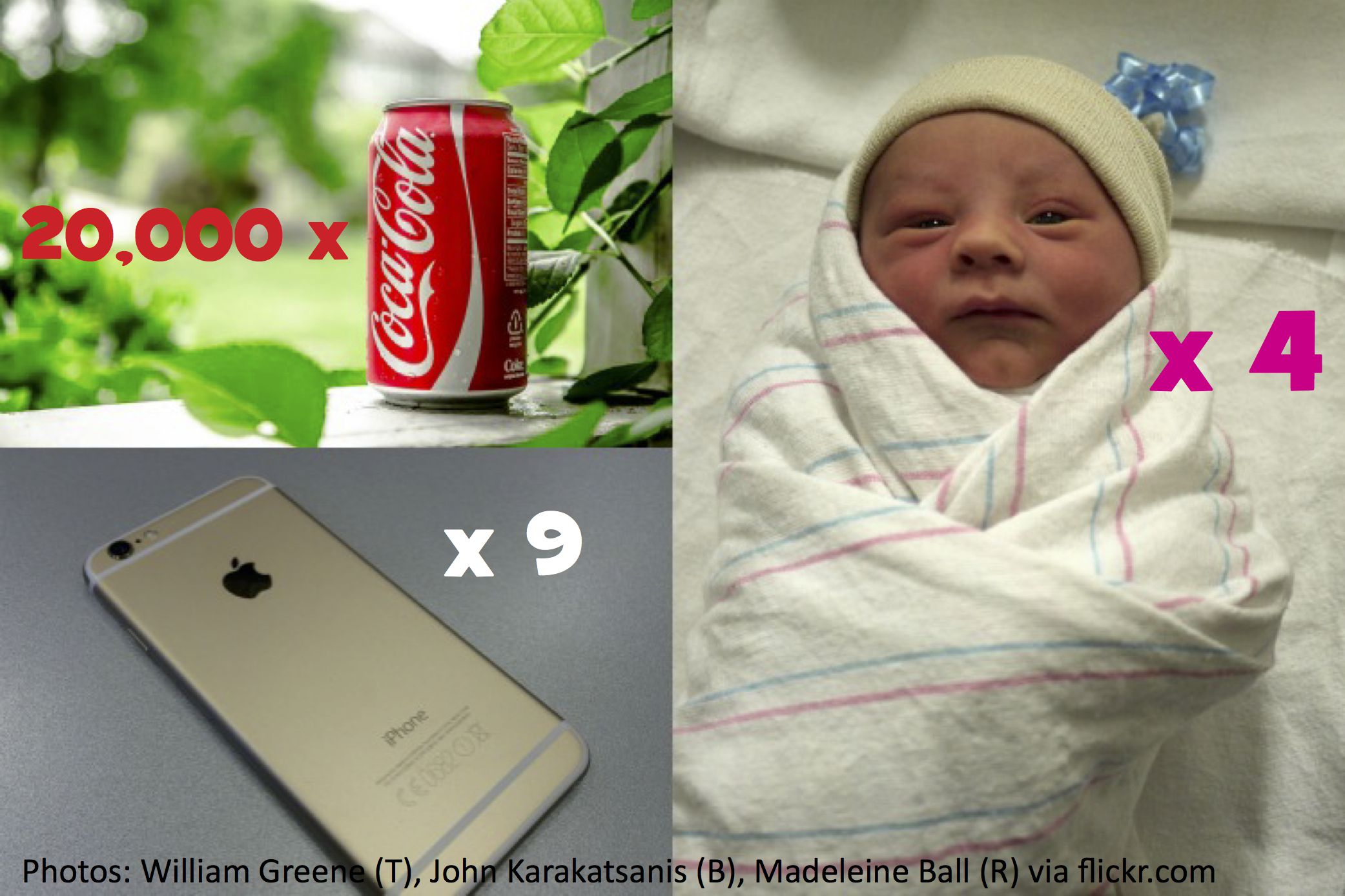 Happy new year everyone! A lot can happen in one year — or even in just one hour, or minute, or second. With each second that ticks by, around the world 4 babies are born, 2 people die, Earth travels 18 1/2 miles through space, and the International Space Station travels 5 miles around us. In that same second, an unbelievable 20,000 cans of Coca-Cola are sold, along with 9 iPhones. 4 thousand stars are born across the universe. 60 sets of this happen every minute, and then 60 sets of that every hour, and then 24 hour-long sets every day…that gives us 86,400 seconds in a day, and more than 31 million seconds in a year. Let’s see how much happens to us this year!

Wee ones: How long does just 10 seconds feel? To find out, count from 1 to 10 with the word “alligator” after each number!

Little kids: If your cousin just got baby twin sisters, how many more babies were born that same second?  Bonus: If in one second 4,000 stars (4 thousand) are born but 1,000 other stars blow up, how many total new stars do we have after that second?

Big kids: If every second we have 2 more people total than before, how many more people should Earth have after the 31,000,000 seconds this year? (That’s 31 million.)  Bonus: A secret number of babies is born in your town. If you double that number and add 5, you get 31. How many babies were born?

The sky’s the limit: Just to add to the pile, Americans supposedly eat about 10 billion donuts a year. About how many donuts is that per second? (Hint if needed: A billion is a thousand millions.)