Home » In Case You Got No Snow… 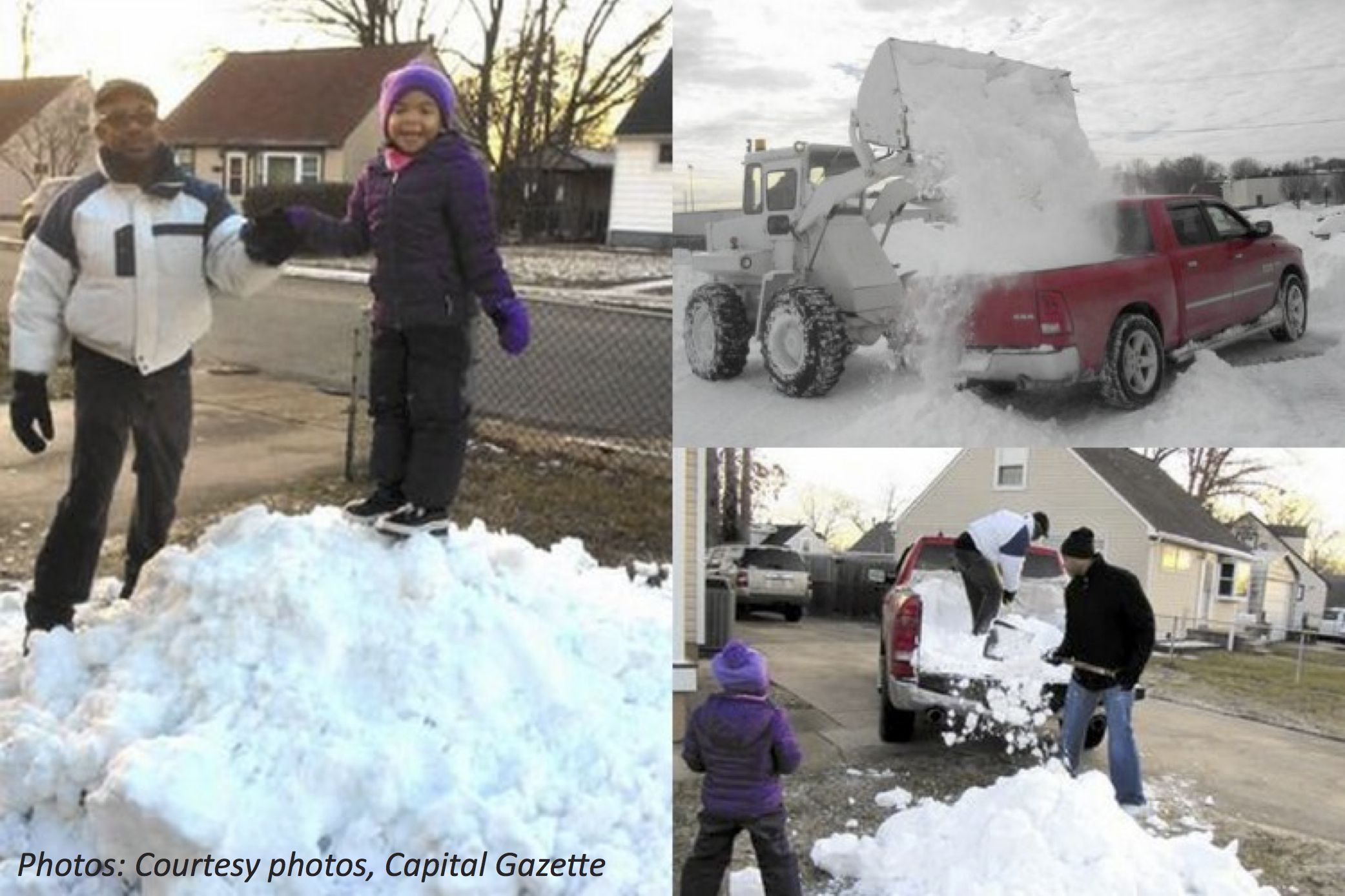 When we hear a giant snowstorm is coming, we get really excited to stay home from school and play in the snow. But sometimes the weather forecasters don’t know where that storm will go. That happened a couple of years ago, when a big storm changed direction, and some places got no snow at all — a big bummer for the kids. So one very nice grandpa fixed the problem. Allen Queen’s granddaughter Sophia got no snow in Maryland, but up in Rhode Island he’d gotten 18 inches of it. So he filled his truck with hundreds of pounds of snow, drove the load down to Maryland that Thursday, and built a snowman with her. Problem solved!

Wee ones: Some snowmen are made by stacking balls of snow on top of bigger ones.  Find 3 things in your room, and line them up from smallest to biggest.

Little kids: If the snowstorm was supposed to come Monday and Grandpa showed up on Thursday, which days did Sophia wait for snow?  Bonus: If they piled up 10 pounds of snow to make a snowman, and used the first 5 pounds of it to make the bottom snowball, how many pounds were left for the rest?

Big kids: If the snow fell 6 miles from the sky, then traveled 375 miles from Rhode Island to Maryland, how far did the snow travel in total?  Bonus: If Grandpa brought 600 pounds of snow, and of that snow they used 5 times as much snow to make an igloo as they did to build a snowman, how much did they use on each?

The sky’s the limit: A cubic foot of snow (meaning a chunk that’s 1 foot wide, 1 foot long and 1 foot tall) can weigh a lot, depending on how fluffy it is. If the packed snow weighed 10 pounds per cubic foot, and the truck bed was 10 feet long, 6 feet wide and 3 feet tall, how many pounds of snow could Grandpa have packed in there?

Answers:
Wee ones: Different for everyone…try lining up a book, a shoe, and a stuffed animal, for example.