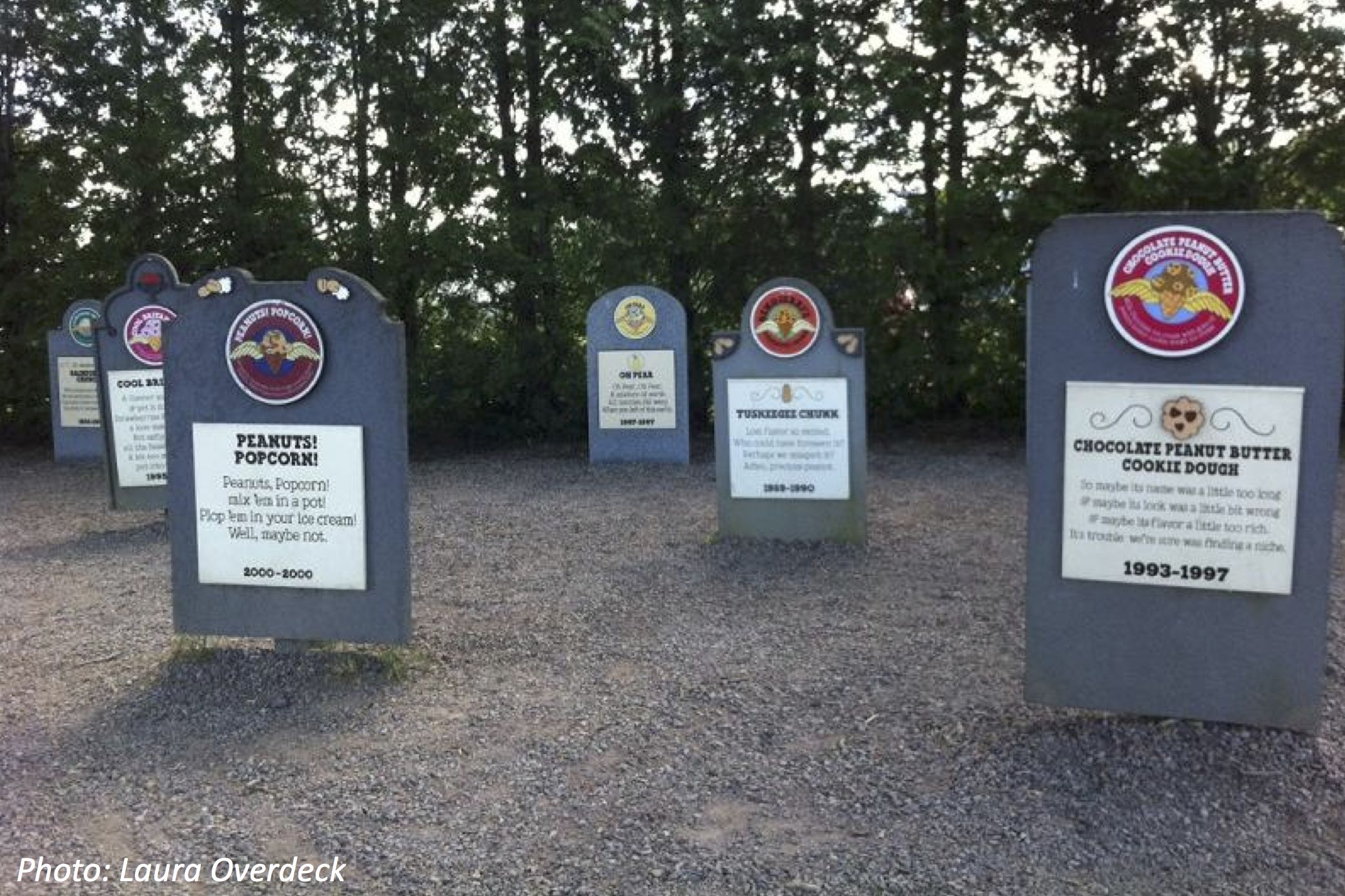 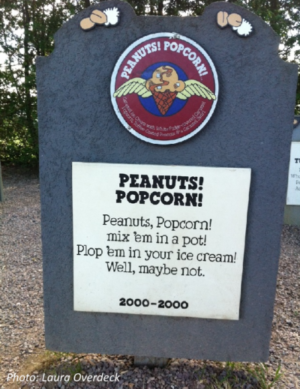 Ben & Jerry’s ice cream loves to mix fun stuff into their ice cream: nuts, cookie pieces, chocolate chunks shaped like dinosaurs or fish. These guys roll out crazy new flavors every year. That means they have to stop making other flavors, because their factory has room to make only so many at a time. Also, some of these crazy flavors aren’t, um, so yummy. “Root Beer Float My Boat” or “Mission to Marzipan” did not have many fans. When they see that people don’t like a flavor, they stop making it, and it goes to the Flavor Graveyard at their factory. The flavor gets a headstone with a little poem that says why that ice cream had to call it quits. As you can see, some flavors run for a few years, but others go quickly to their final resting place.

Wee ones: The flavor “Peanuts! Popcorn!” did not go over well. If it had peanuts, popcorn, cream, eggs, and sugar, how many ingredients (foods) were mixed into that one?

Big kids: Poor Tennessee Mud didn’t last long. If it showed up September 1988 and went to the graveyard in June 1989, during how many months was it around?  Bonus: Bovinity Divinity’s chocolate cows were actually pretty tasty. If your bowl has 13 dark chocolate cows and 14 more white chocolate cows than that, how many cows do you have altogether?

Little kids: Different for everyone…subtract 4 from your age. Or maybe you’re younger than Turtle Soup was!  Bonus: That yummy Turtle Soup.