Home » “So Three Ducks Walk into a Hotel…” 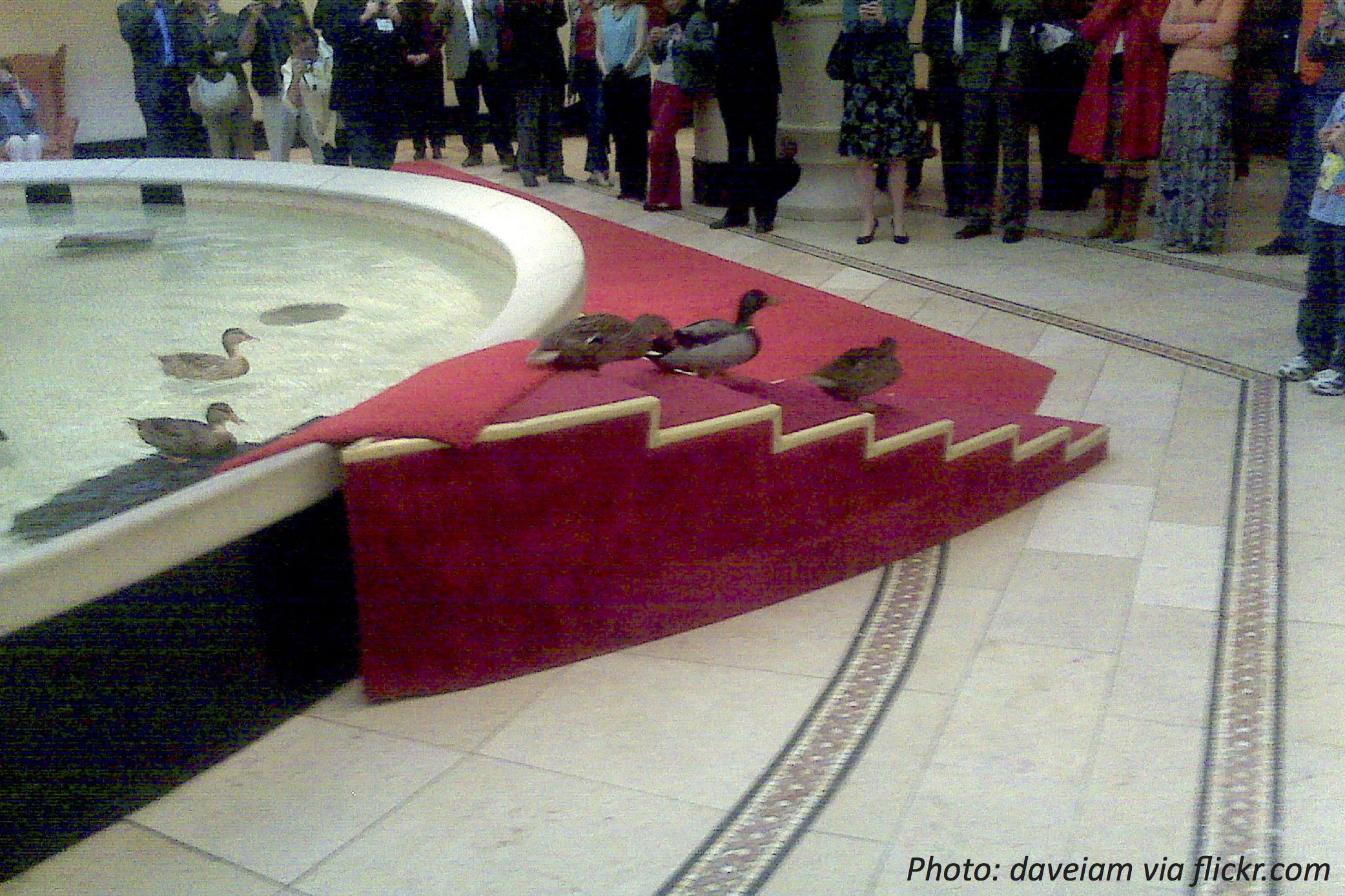 If you’ve ever been to a hotel, you probably saw people coming in and out. You probably didn’t see ducks. But there’s one hotel where you always can. In the 1930s Frank Schutt, who ran the Peabody Hotel in Memphis, put 3 live ducks in the fountain in the hotel lobby. Hotel guests thought it was super funny, so Frank added a couple more ducks. A few years later, a circus animal trainer trained the ducks to walk to the fountain every morning and back to their pen at night! To this day, the Peabody Ducks do that walk every day on a royal red carpet, stopping along the way to pose for pictures. Luckily, since the ducks live there, they don’t have to carry a suitcase.

Wee ones: If there are 5 ducks in the fountain and you jump in to swim with them, how many swimmers in total are there?

Little kids: The Peabody Hotel fountain had turtles and alligators before the ducks showed up. If the fountain had 8 turtles but now has the 5 ducks, were there fewer turtles or ducks?  Bonus: How many fewer ducks than turtles?

Big kids: Today’s ducks aren’t the same ones from 1935. If all Peabody ducks live 8 years and start training when they’re 1 year old, what’s the earliest year today’s ducks could have started marching? (We’re in 2018 right now.)  Bonus: If ducks started marching in 1935, at least how many sets of ducks have marched?