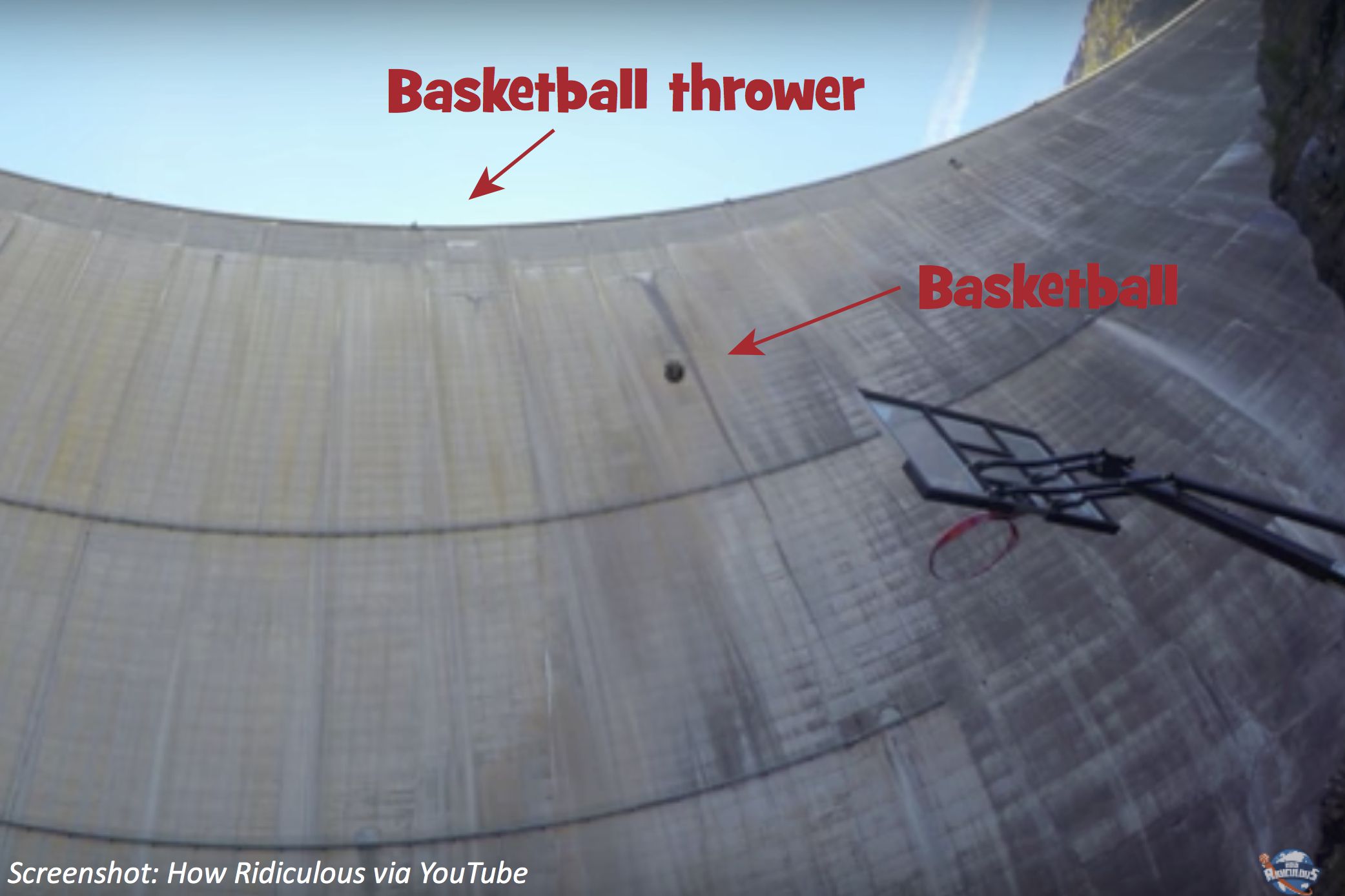 Do you think you could make a basketball shot from hundreds of feet above the hoop? Brett Stanford of Australia set up a basketball hoop at the bottom of a dam, then he threw the ball from 593 feet above it. As the video shows, the ball falls on a crazy curve thanks to the wind, then finally swishes through the hoop. He made the shot on his third try, sealing the world record — until someone else topped it with a 660 foot shot!

Wee ones: What shape is a basketball? What shape does it look like from the side?

Little kids: If Brett made the shot on the 3rd try, how many times did he shoot before that?  Bonus: If Brett had kept throwing and kept making every 3rd shot, what would have happened on the 12th throw?

The sky’s the limit — for real: It didn’t happen this way, but if the ball had fallen 1 foot the first second, 2 more feet the 2nd second, then 4 more feet, then 8 more feet, then so on, how many seconds would it have to fall to know you’d made it to 600 feet?

Answers:
Wee ones: A “sphere,” which looks like a circle from the side.