Home » Hanging by a Bear Claw 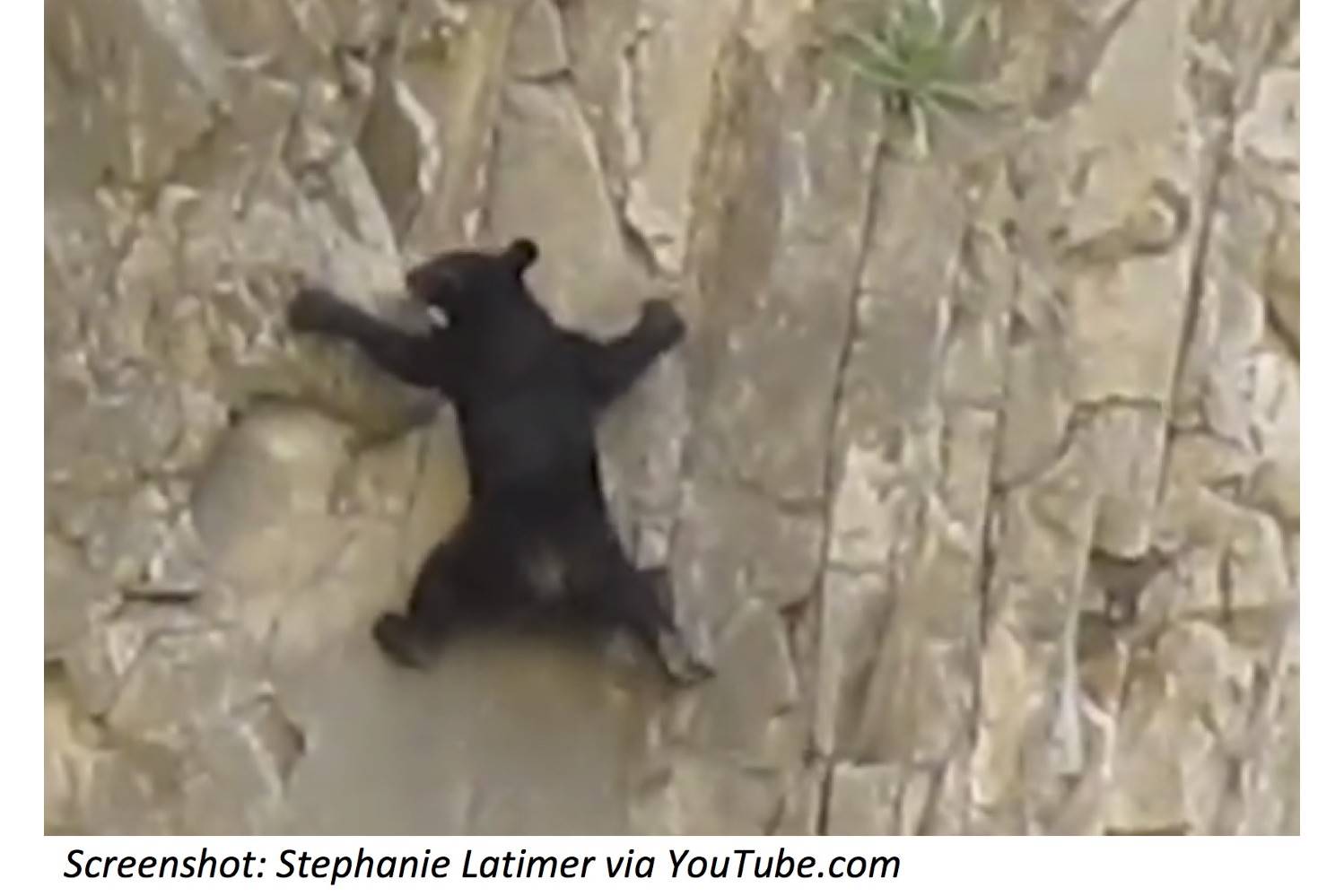 This short video will have you on the edge of your seat. A mama black bear and her cub are climbing the steep side of a canyon, and it looks pretty dangerous. The mama scales the sheer rock fairly easily, but for the baby it’s not quite so easy…watch how he does it. Black bears live across North America and come in all sizes; the daddy bears weigh between 200 and 500 pounds, but some have been found at 800 or even 1000 pounds. They’re strong swimmers and live mostly on fish. Mexican black bears like these are endangered — and if they’re taking on rock-climbing like this, we can see why!

Big kids: If the mama bear took 20 seconds to climb the rock wall and the baby took 3 times as long, how much time did they take altogether? Bonus: As we see, bears are strong — even a cub can flip over a 250-pound rock! If the cub weighs 1/5 of that rock, how much does it weigh?

The sky’s the limit: If in 1 minute the mama can climb 3/4 of the canyon wall, the bear cub can climb 5/8 of it, and you can climb 1/7 more of the wall than the cub, who climbs the highest?