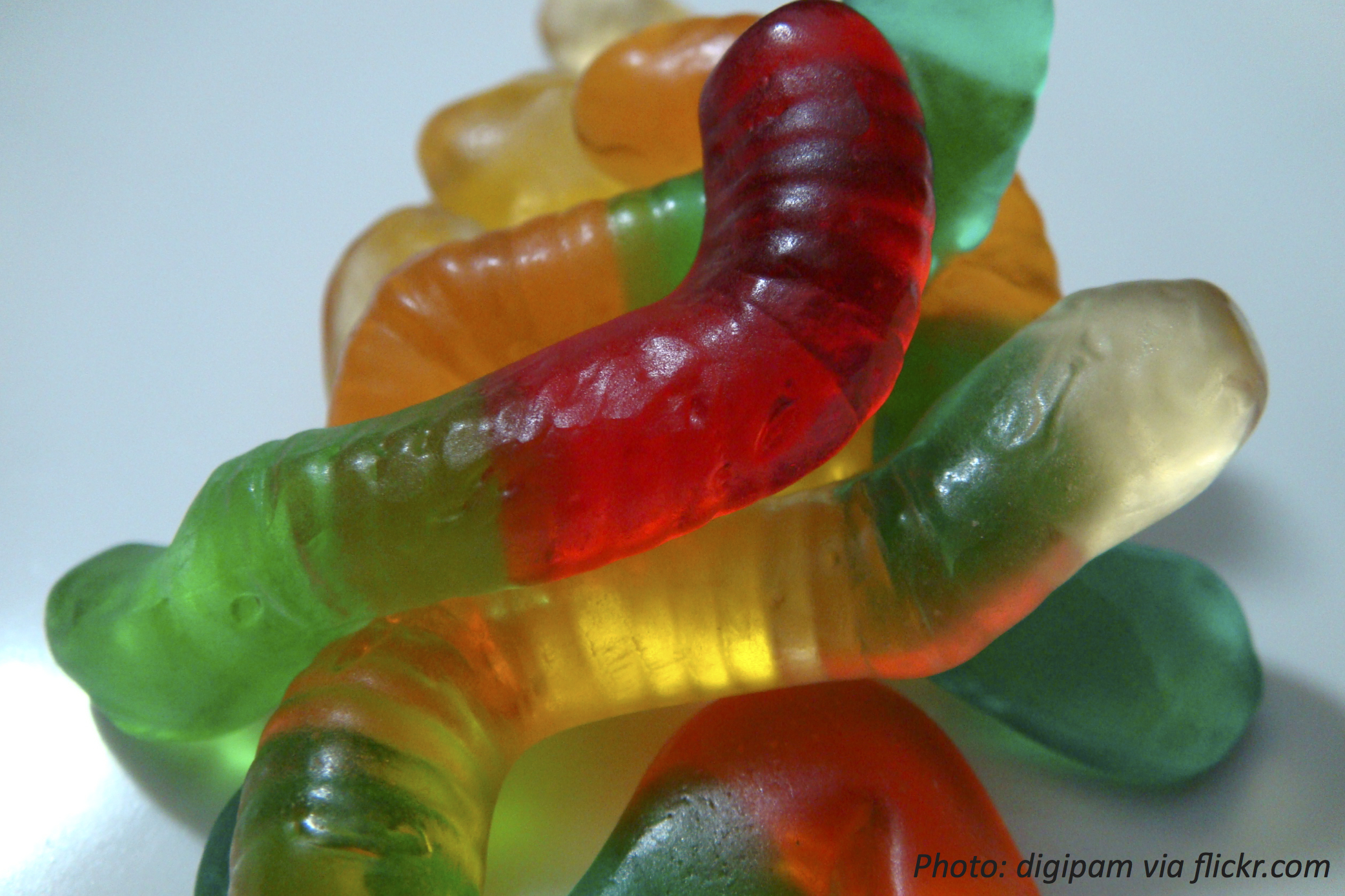 Worms are strange animals. They live in the mud, squirm around without bones, and basically eat dirt (well, not really — they eat dead plant pieces in the dirt). A worm sure doesn’t sound like something WE would eat. So how crazy is it that we make candy shaped like worms? The gummy worm is a sweet, chewy, almost glow-in-the-dark treat. But its ridgy body really does look like a worm. To top it off, someone thought we should have giant-sized ones. The world’s largest gummy worm is about 3 feet long, and weighs more than 3 pounds! But it has flavors like cherry and raspberry, so we’d rather eat that worm than a real one.

Wee ones: If you have 4 red gummy worms and 5 yellow gummy worms, of which color do you have fewer? Hold up your fingers to count if it helps!

Little kids: If you put 5 gummy worms on the table, which worm is exactly in the middle?  Bonus: If you have 3 colors of worms and eat 3 of each color, how many worms do you eat?

Big kids: If you dive into a bag of 80 gummy worms and eat just 1, how many are left?  Bonus: If you stood that 3-foot gummy worm on end, would it be taller or shorter than you, and by how many inches?   (Reminder: a foot equals 12 inches.)

Answers:
Wee ones: You have fewer red worms.

Big kids: 79 worms.  Bonus: Different for everyone…subtract 36 from your height in inches, or subtract your height from 36 if it’s taller than you!