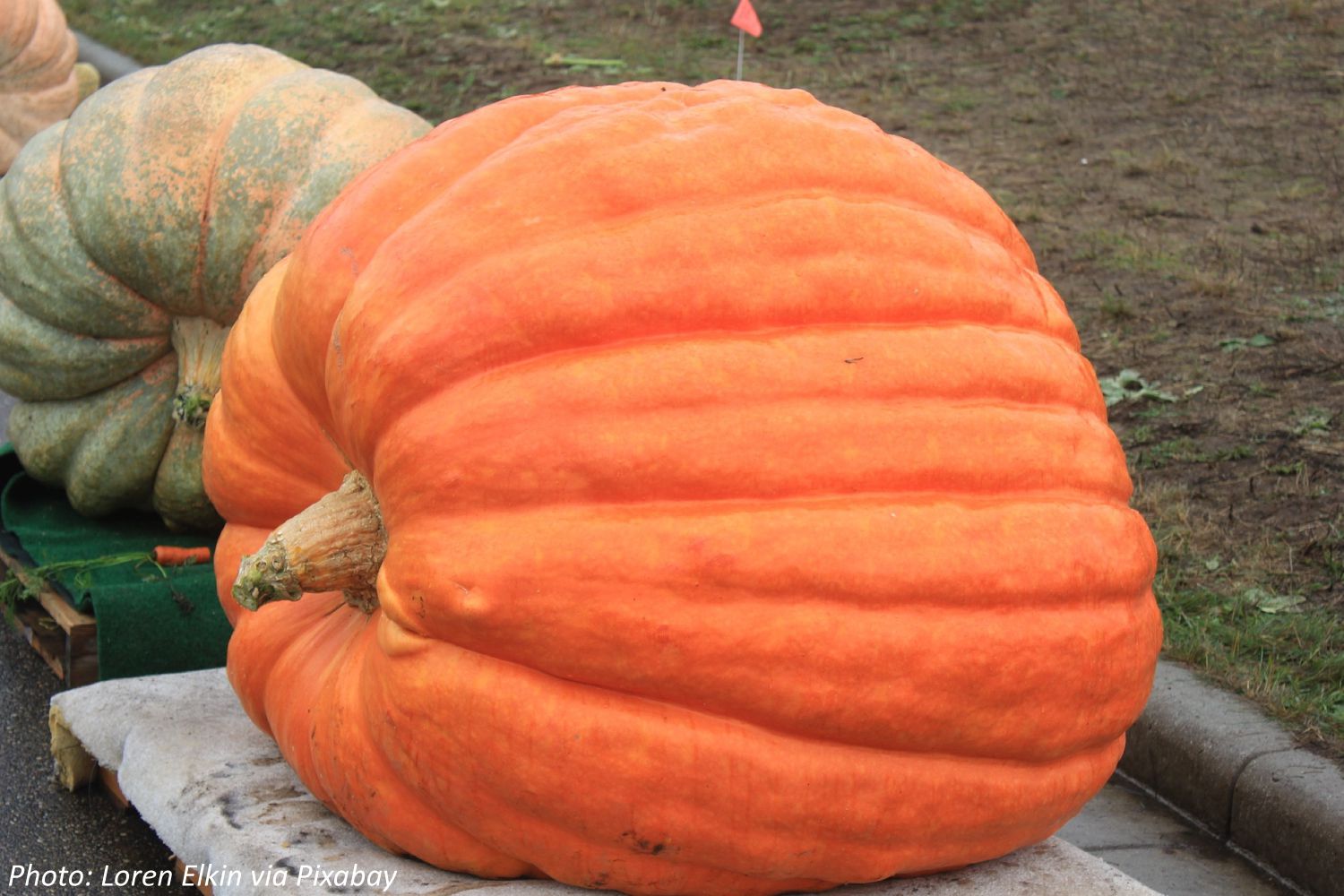 In this video, Ron Wallace tells us how he grows giant, 2,230-pound pumpkins. It’s hard work. Ron replants seeds from other giant pumpkins, spends hours watering and trimming, and chases away mice and bugs. Big pumpkins taste gross and can’t be baked into pie, but people pay $1,000 just to buy a seed from his farm!

Wee ones: Ron has grown 18-foot tall sunflowers. That’s as tall as a stack of 3 grown-ups! Look at a grown-up, and imagine stacking 2 more grown-ups that size on top of his/her head.

Little kids: Pumpkins are round. Can you name 3 shapes that are round?  Bonus: If Ron plants seeds in May and picks the pumpkins 5 months later, in what month does he pick them?

Big kids: If you have $800, how much more money do you need to buy a $1,000 magic pumpkin seed from Ron?  Bonus: If every pound of pumpkin can make 2 pies, how many yucky-tasting pies could be baked from Ron’s 2,230-pound pumpkin?

Answers:
Wee ones: Picture 3 grown-ups standing on each other’s heads!

Little kids: Answers might include a circle, oval, “sphere” (ball) and “torus” (donut).  Bonus: In October.