Home » For Those Who Really Love Snakes 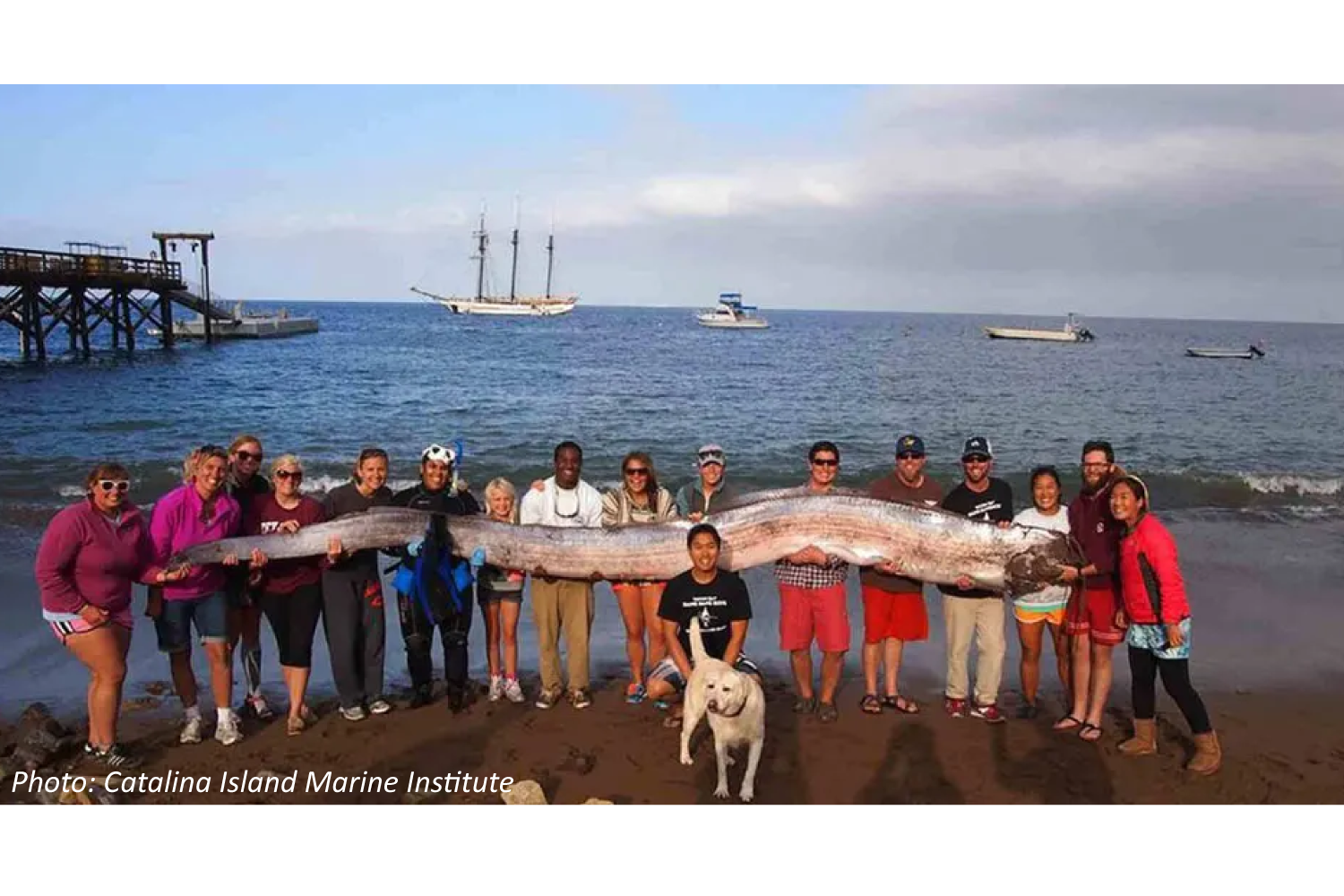 Fishermen get super excited when they catch a big fish. But they usually aren’t expecting one that’s longer than the boat! This photo shows an 18-foot-long oarfish, found off the coast of California by scientist Jasmine Santana. It was dead, but its whole huge body was still hanging together, and it took 15 people to drag it across the beach. These monstrous, snake-like creatures live in very deep waters, from 1,500 to 3,000 feet down. So we don’t see them often. But sometimes when oarfish are sick, they swim up to the surface. These may be the same fish that long-ago people thought were sea monsters. We now know they aren’t monsters, but we probably aren’t looking to keep one as a pet, either.

Wee ones: Count to find the 5th person from the right. What color are his shorts?

Little kids: If this snake is 18 feet long and the scientist’s boat was 1 foot longer, how long was her boat? Bonus: It took 15 people to drag this animal out of the water. But we see 17 people in the photo. How many extra people joined the photo?

Big kids: If of the 16 people behind the fish, 4 hands aren’t helping hold it up, how many hands are? Bonus: Back in 1808, a crazy-long 56-foot oarfish washed up in Scotland. It was the first oarfish ever found. How many years ago was that as of now (the year 2018)?

The sky’s the limit: Who actually helped lug the oarfish from the water, and who just jumped into the picture? There are 9 women and 8 men shown. If the original group of 15 “luggers” had 3 more men than women, but of those, 1 man and 2 women didn’t stay for the picture, how many new people who didn’t help jumped into the photo?

Answers:
Wee ones: That guy has red shorts.

The sky’s the limit: The original group had 3 more men than women, then if 3 of those men had left, it would have been 12 people with an even split (6 men, 6 women). So there were 9 men and 6 women. If 1 man and 2 women left, then 8 real men and 4 real women stayed for this picture. There are actually 8 men and 9 women here, which means 5 women joined the photo.