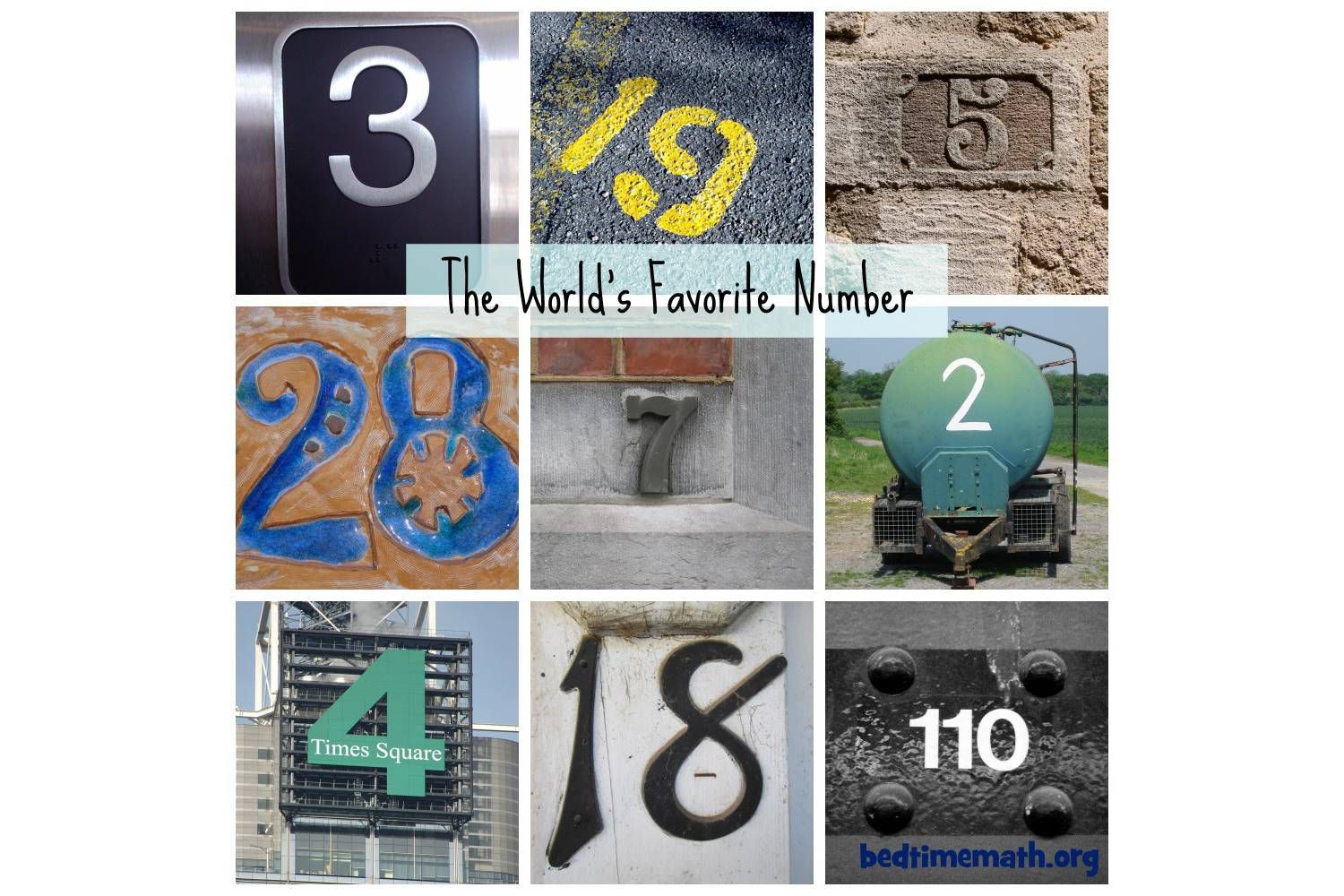 Do you have a favorite number? What is it? And what is everyone else’s favorite number? Over 30,000 people voted online for their favorite number, and the number chosen by the most people is…drum roll…7! Almost half of all people chose numbers between 1 and 10. The second-place number was 3, followed by 8, 4, 5, 13, 9, 6, 2, and 11, to round out the top ten choices. Interestingly, every number between 1 and 100 was chosen by someone: the number 39 has fans, as does 53, 62 or any of the others. The lowest number not chosen by anyone was the number 110, and other numbers ending in 0 didn’t do well, either. People had funny reasons for their favorites: many said the number was their birthday, but some said things like “I like it because it’s squiggly” (for the number 2). Now, figure out your favorite!

Wee ones: Do you have a favorite number, and can you count that high? Or pick any number you like and try counting up to it!

Little kids: If you and 4 friends all vote on your favorite numbers, how many votes is that?  Bonus:If your group likes the numbers 3, 4, 5, 7 and 8, which number in order is missing from that list?

Answers:
Wee ones: Different for everyone…see how high you can go!