Home » Your Chance to Chuck an Egg 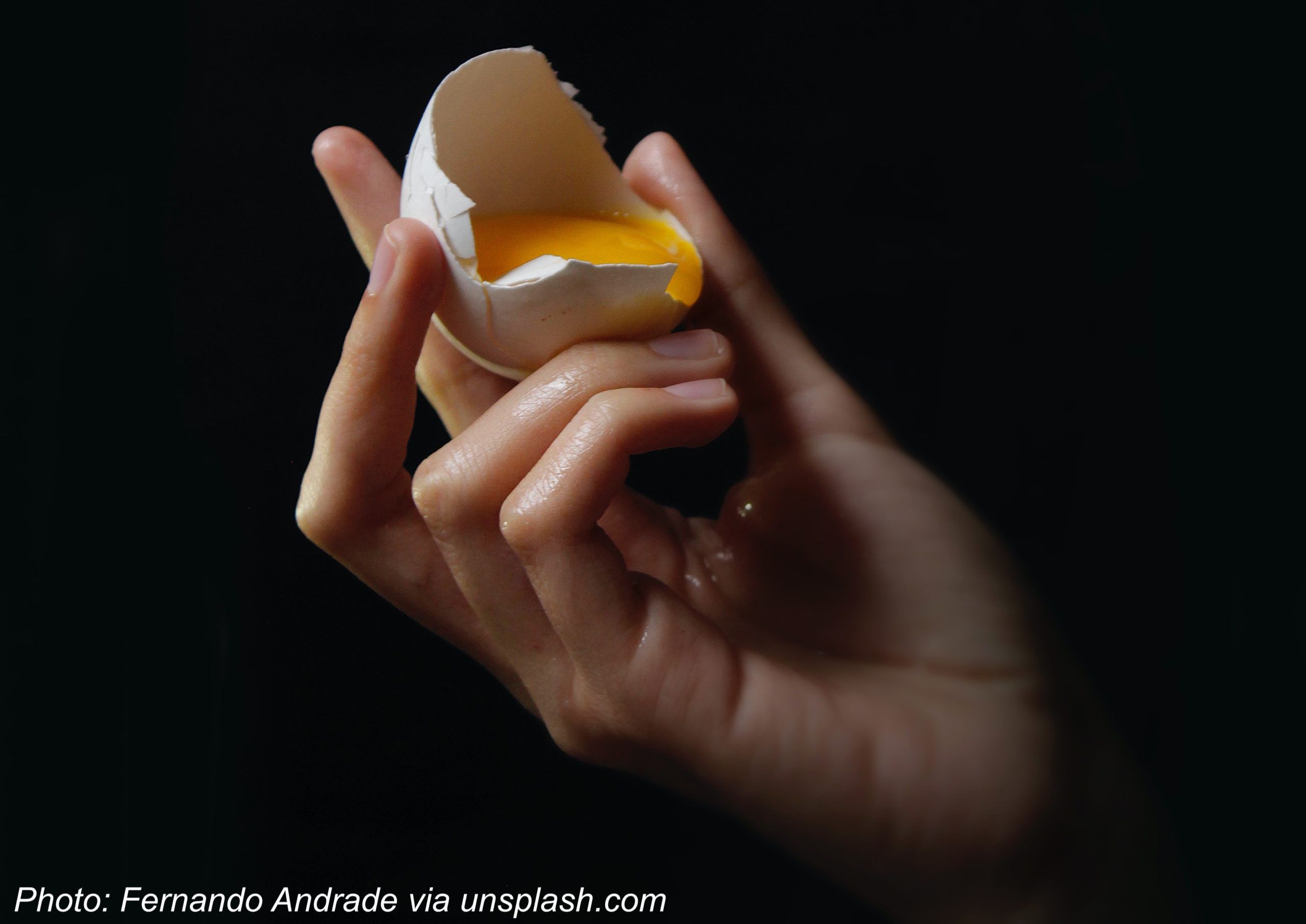 If you’ve ever dropped a raw egg, you know how goopy and gross eggs are. It’s even better to watch someone try to catch that egg without squeezing and breaking it. That’s why there’s an Egg Throwing Competition in Swaton, England every year around this time. Egg throwing has been a sport for hundreds of years, since 1322. Two people on a team stand 33 feet apart and one tosses an egg to the other. After each catch, that player has to take one step back and toss the egg back, making it harder and harder to throw it right to the person. The team that does the longest toss without breaking the egg wins! We just wonder how the chickens feel about it.

Little kids: If you and your friend start 5 steps apart, and each of you takes 1 step back, how far apart are you now?  Bonus: If you drop the egg only on the 3rd toss and on every 3rd toss after that, does the 8th egg break?

Big kids: If you and your egg-toss partner are 42 steps apart and you’ve each taken 7 steps, how close together did you start?  Bonus: If your final total steps apart is 3 times your starting distance AND is 60 steps more than that number, how many steps apart did you start?

Answers:
Wee ones: You throw next, on the 5th toss.