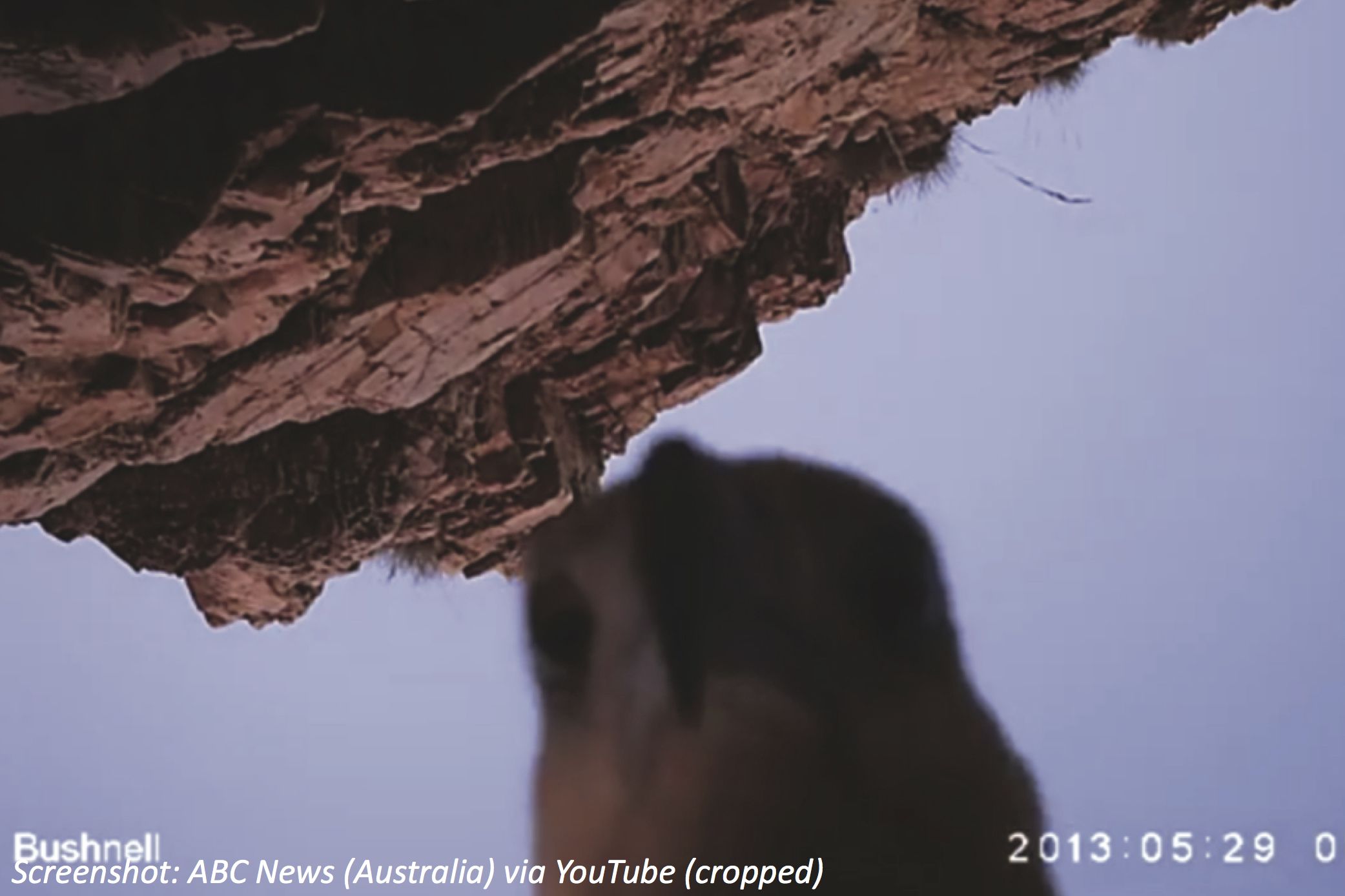 We all love to take pictures and videos of ourselves, and it looks like birds want to try it, too. In this wacky video, an eagle flies off with a hiker’s video camera, then finally puts it down and poses for a selfie (as we see here). As the camera sails through the air, we get an amazing view of the mountains and scenery, as well as some feathers from the bird’s wings. The eagle also pecks at the camera, wondering if it’s something yummy to eat. Hopefully he found a better snack after that.

Wee ones: Other than the ceiling, what’s the highest thing in your room where an eagle could land?

Big kids: If the eagle filmed you for 11 seconds, then you filmed the eagle for twice as long, how much video would the two of you have in total?  Bonus: We see the eagle’s wings about twice per second when the bird and camera start flying. How many wing flaps is that in 1 minute? (Reminder if needed: A minute has 60 seconds.)

The sky’s the limit: If the hiker and the eagle start 250 feet apart, and as they move towards each other the eagle is flying 4 times as fast as the hiker is running, how far from their starting points do they meet?