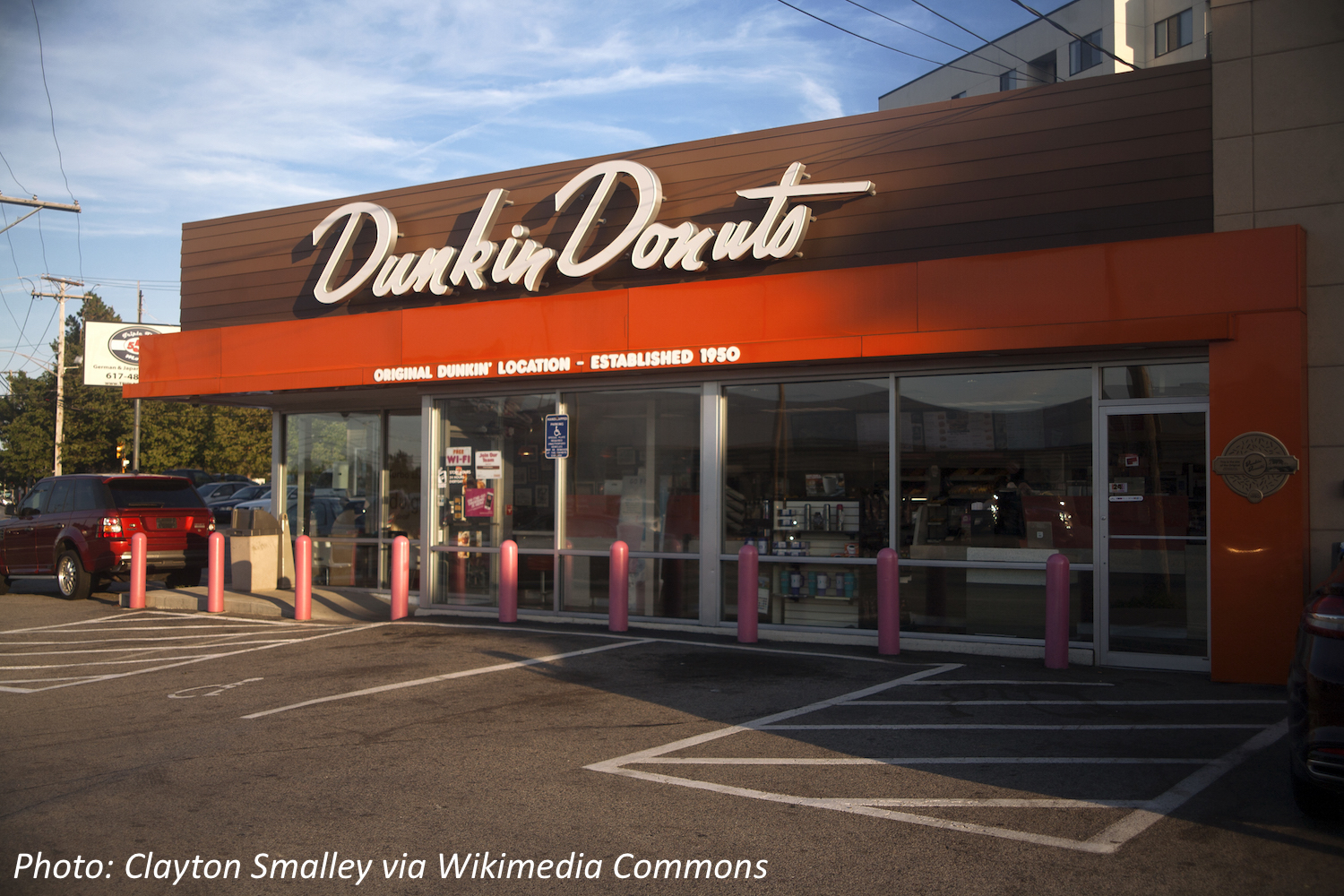 Massachusetts might be the trickiest state name to spell. But people here spell one treat the easier way: donut. Massachusetts is wild for Dunkin’ Donuts, or as locals call it, Dunkin’. There’s one store for every 6,500 people in the state. In the capital city of Boston, you’re never more than 1 1/2 miles from a Dunkin’. There’s another great ring shape in this state: the basketball hoop! Basketball was invented in Springfield, Massachusetts in 1891. The first basketball game was played with a soccer ball and actual fruit baskets nailed to a wall. There were 9 players on each team, and the final score was just 1-0. So this state gave us not just Dunkin’, but slam dunking too!

Wee ones: Find a basket of some kind (or mark off a circle on the floor) and find 3 soft things to throw into it (balled-up socks, small stuffed animals, etc.). Stand halfway across the room and throw each thing towards the basket. How many landed in it? How many landed elsewhere: to the left, right, front, or behind? Try it again!

Little kids: If the 1st player on a basketball team scores, then the 3rd, then the 5th…which one do you guess is next? Bonus: If there were 9 players on each team in the first basketball game, and just 1 basket was scored, how many players in the whole game did not score?

Big kids: If you want to bring 2 donuts for every basketball player at a game, how many more donuts would you need if the teams have 9 players each than 5 players each? Bonus: If a Dunkin’ sells 5 boxes of 25 donut holes and 12 boxes of 12 full-sized donuts, which do they sell more of, full-sized donuts or holes?

The sky’s the limit: If you have a giant box of donuts, and you eat 1/5 of them today, 1/4 of what’s left tomorrow, and then 1/3 of what’s left the next day, what fraction of the original box is left after that?

Answers:
Wee ones: Different for everyone…see where your soft “basketballs” land!