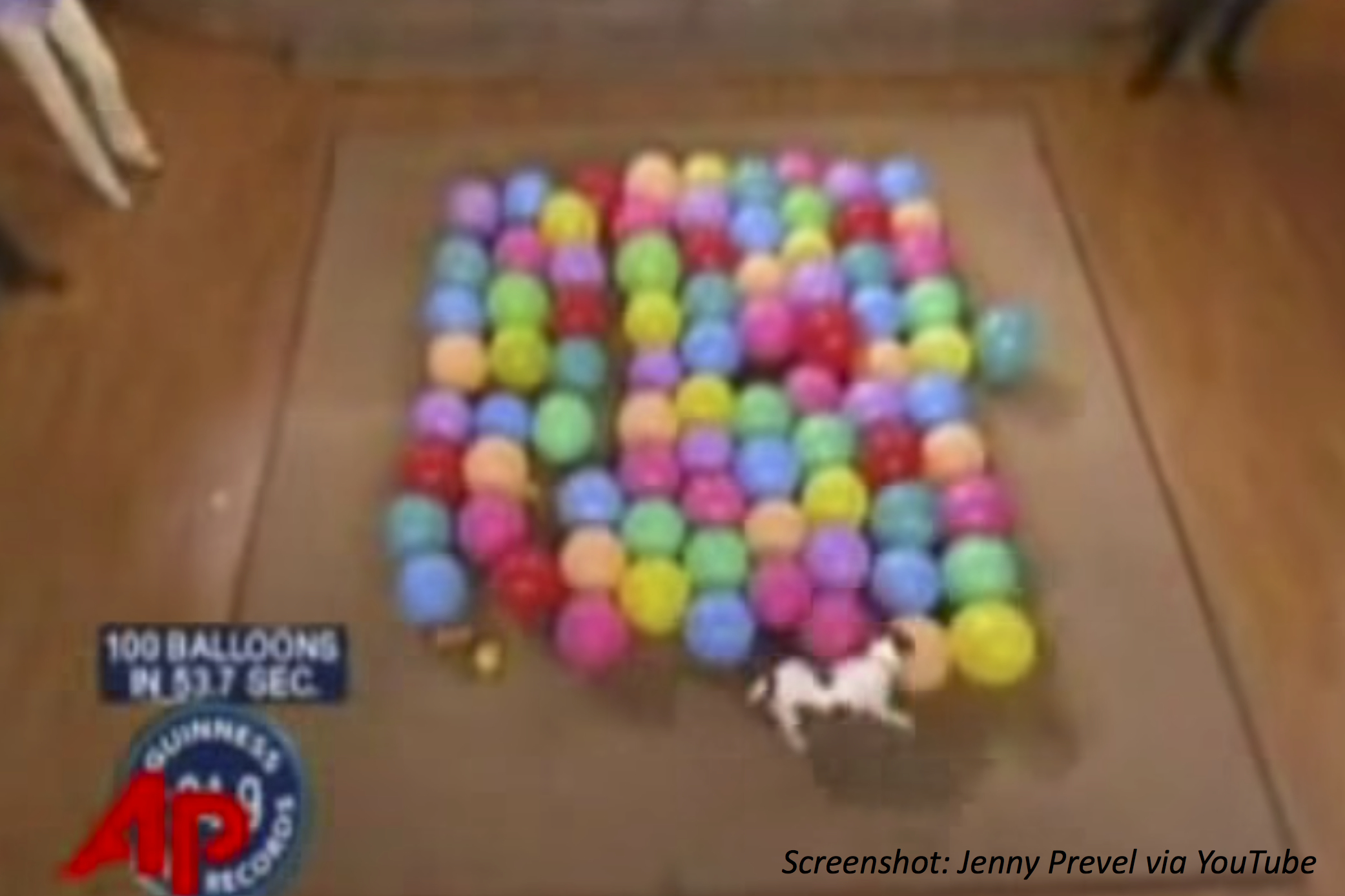 Usually when a balloon pops, we’re a bit shocked, then sad. But here’s someone who pops balloons on purpose – and she’s a dog. Anastasia, a Jack Russell Terrier, can pop 100 balloons in less than a minute. She set a record in 2008, finishing in 44.49 seconds. How did she do it? She zigzagged through the pile and popped the balloons in rows. She doesn’t hold the world record any more, though: in 2014 her daughter Twinkie popped 100 balloons in 39 seconds, but then in 2017 a dog named Toby did it in just 28 seconds!

Wee ones: How many colors of balloons can you count in the picture? Count as many as you can!

Little kids: After Anastasia pops the first 7 balloons, what number balloon comes next? Bonus: If Twinkie pops 4 more balloons than you do, and together you pop 10, how many do you each pop?

Big kids: Once there was just 1 balloon left out of 100, how many balloons were popped? Bonus: Anastasia runs 4 laps to pop the 100 balloons. If she popped the same number on each time lap, how many would she pop on each trip?

The sky’s the limit: If they lined up 169 balloons in a perfect square, with the same number of rows across as front to back, how many balloons wide would that square be?

Little kids: The 8th. Bonus: You pop 3, and Twinkie pops 7. If you’d popped the same, you’d each pop 5. For each balloon you let her pop, you pop 1 less than before, separating you by 2 total. So you come down 2 balloons from the middle to have a difference of 4.