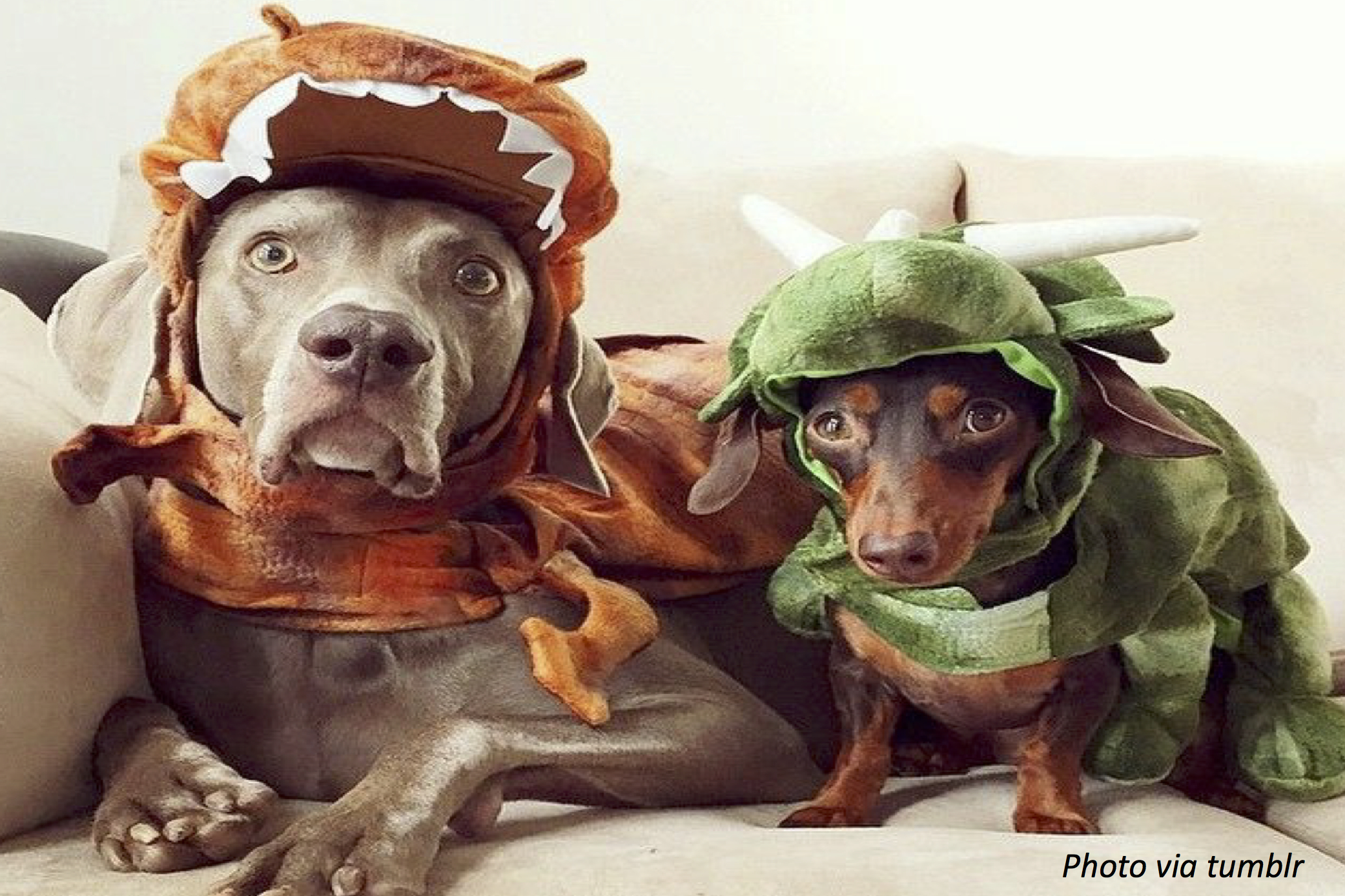 We love looking at all the funny costumes people come up with. But some of the best costumes are worn by dogs. Last Saturday, New York City held its 31st annual Halloween Dog Parade, where dogs got to march around in costume. Dog costumes included airplane pilots, Captain America, and even a Chia Pet. Each year Americans spend $350 million dressing up their pets, more than a third as much as the $950 million they spend on costumes for their kids. And the funny part is, some of those kids dressed up as dogs! When you do the math, either way it adds up to a lot of fuzz and fur.

Wee ones: How many dog dinosaurs do you see in the picture?

Big kids: There were far more spectators (people watching) than dogs at the parade. If there were 275 dogs and 10 times as many people, how many people came?  Bonus: If this was the 29th dog parade, in what year was the first? (We’re in 2019 right now.)